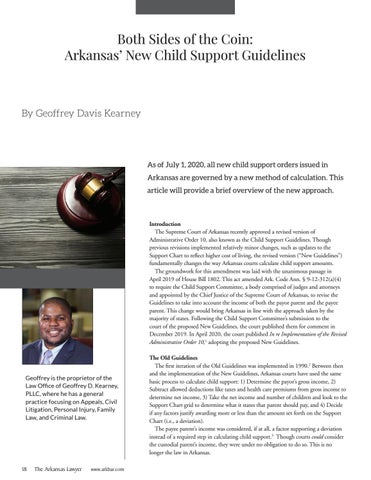 Both Sides of the Coin: Arkansas’ New Child Support Guidelines

As of July 1, 2020, all new child support orders issued in Arkansas are governed by a new method of calculation. This article will provide a brief overview of the new approach.

Introduction The Supreme Court of Arkansas recently approved a revised version of Administrative Order 10, also known as the Child Support Guidelines. Though previous revisions implemented relatively minor changes, such as updates to the Support Chart to reflect higher cost of living, the revised version (“New Guidelines”) fundamentally changes the way Arkansas courts calculate child support amounts. The groundwork for this amendment was laid with the unanimous passage in April 2019 of House Bill 1802. This act amended Ark. Code Ann. § 9-12-312(a)(4) to require the Child Support Committee, a body comprised of judges and attorneys and appointed by the Chief Justice of the Supreme Court of Arkansas, to revise the Guidelines to take into account the income of both the payor parent and the payee parent. This change would bring Arkansas in line with the approach taken by the majority of states. Following the Child Support Committee’s submission to the court of the proposed New Guidelines, the court published them for comment in December 2019. In April 2020, the court published In re Implementation of the Revised Administrative Order 10,1 adopting the proposed New Guidelines.

Geoffrey is the proprietor of the Law Office of Geoffrey D. Kearney, PLLC, where he has a general practice focusing on Appeals, Civil Litigation, Personal Injury, Family Law, and Criminal Law.

The Old Guidelines The first iteration of the Old Guidelines was implemented in 1990.2 Between then and the implementation of the New Guidelines, Arkansas courts have used the same basic process to calculate child support: 1) Determine the payor’s gross income, 2) Subtract allowed deductions like taxes and health care premiums from gross income to determine net income, 3) Take the net income and number of children and look to the Support Chart grid to determine what it states that parent should pay, and 4) Decide if any factors justify awarding more or less than the amount set forth on the Support Chart (i.e., a deviation). The payee parent’s income was considered, if at all, a factor supporting a deviation instead of a required step in calculating child support.3 Though courts could consider the custodial parent’s income, they were under no obligation to do so. This is no longer the law in Arkansas. 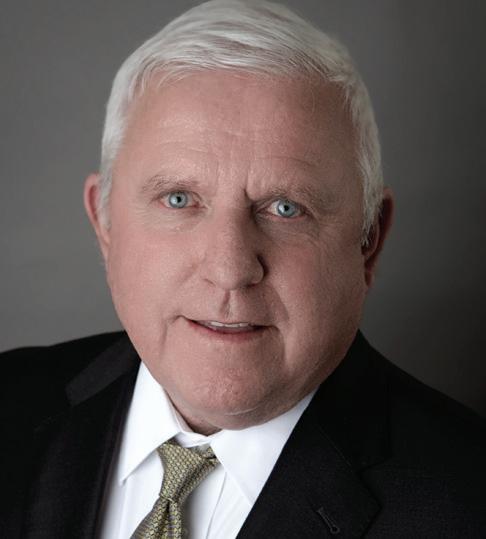