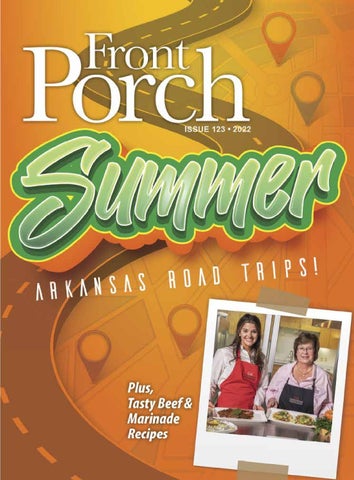 D E LTA C H I L D In Delta Child, author Talya Tate Boerner draws on her Mississippi County childhood to deliver readers back to a simpler time when screen doors slammed, kids tromped cotton, and Momma baked cornbread for supper every night. Boerner, a fourth-generation Arkansas farm girl, has been published in Arkansas Review, Ponder Review, and Writer’s Digest and blogs at Grace Grits and Gardening. She is the author of two books — The Accidental Salvation of Gracie Lee and Gene, Everywhere — available wherever books are sold.

The Game of Life

he sign out front announced the grand opening several weeks beforehand. When opening day arrived, red and white balloons lured folks in from all around town. Osceola finally had a Sonic! It was extra exciting to me because my cousin, Cindy, snagged a job there. In my young mind, I suspected a real job — one that did not involve chopping cotton for her dad (my Uncle Ted) or my daddy (her Uncle Tom) — might lead to the ultimate ticket out of Mississippi County. I’ll admit it now — I was a little bit jealous of her success. Sonic carhops were restaurant princesses, serving baskets of tater tots and Frito chili pies while on roller skates. I was still trying to master cartwheels in the front yard at home. Life isn’t fair, Daddy often reminded. I witnessed his wisdom up close the summer Cindy became employed. The first time I saw her glide to Momma’s car window, balancing a tray of icy cold drinks in her upturned hand, she was a sight to behold. Cindy had a little something-something I couldn’t put my finger on but recognized nonetheless, a Marcia Brady style, impossible to copy even at the first cousin level. And no matter how much I practiced roller skating in the carport, my skill would never reach the level required for employment at the Sonic. Everyone has different talents. That’s what Momma said. Back then, my understanding of the relationship between careers and money was only just beginning to blossom, boosted in part by The Game of Life board game. The goal was clear. Become a doctor or lawyer, and I could likely feed all the kids soon to fill my car game piece. Become an artist or salesman (or carhop?), I’d struggle to pay inheritance taxes. But a farmer? In the world of Milton Bradley, farming wasn’t an option. (And since Daddy claimed we were only one crop failure away from the Poor House, I figured Mr. Bradley knew about life pretty well.) A few years later, I received my driver’s license and eagerly joined the weekend ranks of teenagers circling

the Sonic (or driving the strip, or around the courthouse square, or wherever was cool depending on the town and decade). Time became a tricky, slippery thing to me — the past deemed inconsequential, merely something to write about in my diary, while the gleaming future was close yet impossible to touch. In the thump of a heartbeat, the first Sonic went the way of the town’s first Walmart, the Junior Food Mart, and other landmarks of my teenage years. A new and improved Sonic was built on the outskirts of town, and a giant new Walmart opened near the interstate. Now when I am home, I stop and get an iced tea and remember the old Sonic (that became a dry cleaner, I think, before closing). I see my younger self looking for an open spot, literally spinning her wheels, trying to find herself without realizing it. Remember when carhops latched the serving tray onto a partially open car window? To a kid raised on homecooked meals served at the kitchen table, having tater tots balanced right outside the car window was one step closer to living on the moon! All good things must end. (More wisdom from Daddy.) My cousin, Cindy, passed away last spring from a disease no one should suffer. Sometimes I want to call her up and say, remember when we wore our hair long to our waists, and you showed me how to iron it silky straight? Remember when you introduced me to Cover Girl eyeshadow and strawberry Lip Smacker? Remember when we called KOSE in Osceola and anonymously dedicated songs to the boys in our classes? I still can’t believe she is gone. Right or wrong, Milton Bradley planted seeds in my young brain about career choice and fiscal responsibility, but in no way did he prepare me for the speed at which the actual game of life would be played. Turns out, life was easy and breezy back when first cousins were favorite role models, and happiness could be found circling the Sonic. Turns out, Momma and Daddy were right about so many things. • Front Porch 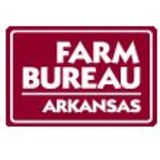