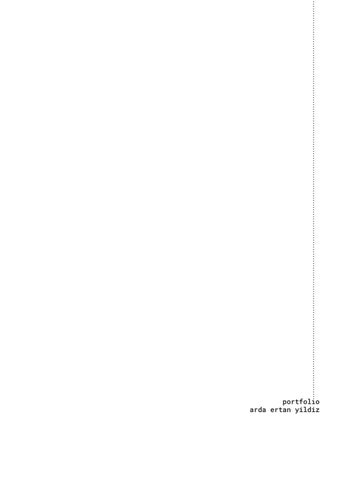 A Framework for Agil Stream

Design idea starts with connecting two sides of the land together. While connecting, process starts with taming the topography by decomposing the land to its basic components point [0d], line [1d] and surfaces [2d]. In this process, different ways of relating architecture to its surrounding is aimed. Relation with nature with different architectural forms can create different experinces. The one do not achieve this experience by not reaching the goal itself, but within the time passed when they search for it is crucial. In this search, participating with space & searching process, in specific angles & curves, as receding into a dark corner or come out and bathe in light or in the silence of a crack between rocks individual get enriched both mentally & physically. In that sense different relations created with Eymir lake and bare soil.

A Sustainable Framework for Agil Stream

What are the possibilities for urban environments after our aged infrastructure is recalibrated ? How might bigger cities and waste mix ? All over the globe waste is on the rise. In China, the amount of solid waste produced is rising by 6% per year. It has kept pace with the rapid urbanization in China. Many parts of South America are also rapidly urbanising and their waste has grown with it. Brazilian cities have has steady 10% increase in waste headed for landfills. One key idea is that waste is not recycled through infrastructural mechanisms but instead up-cycled in perpetuity. Project focuses on contributing to a more sustainable world, socially as well as physically by extricating the “removal chain” from “supply chain” and use this knowledge not only behavioural change but also build more efficient and sustainable infrastructures so that invisible insfrastructure of waste removal will become visible and final journey of our waste no longer be out of sight or out of mind

Site .located in Bilkent .dried out bed river .isolated by nature & .has a north vista over city

as a solution; designing sustainable infrastructures

HALF OF US FOOD PRODUCE IS THROWN AWAY NEW RESEARCH SUGGESTS

long distances and high flow rates lead to a decrease of gas pressure the longer the distance and the higher the flow rate the higher the pressure drops due to friction. [steel pipes show higher pressure loss] waste : steel piping biogas: pvc piping

after small tanks filled i by the help of elevation a

long distances and high fl lead to a decrease of gas the longer the distance an the higher the flow rate the higher the pressure dr due to friction. [steel pipes show higher p waste : steel piping biogas: pvc piping

Flexible Plan Typology In dwellings double gridal system used which different sub-units of a dwellings created then combined to form the unit types. This double grid system allows dwellings to share their room with each other with demolishing partion walls between each unit to transfer one excess room to the surrounding units. This share system can be both because of economic reasons or just for efficiency which contributes social sustainability of the site apart form economic sustainability

Glass has been an integral part of human civilizations for a long time as in functional, useful, ornamental / decorative and structural and architectural matters. Artisanal and architectural glass works have always been two associating disciplines all through history. Industrialization and Modenism of last 50 years particularly brought creative and abundance use of glass into the design world. In this respect, this proposal includes activities such as production of glass arts, exhibition, education and information, catering and short term accomodation for students and visitors. Project analyzes urban fabric & street pattern critically and fragments into micro scale to understand how urban texture form itself organically within time.The outcome is Odunpazari formed by staggering different size of units next to each other and shifted with slight differences to create typologies with relativistic differentiation. In this process, proposal synthesize the program & urban tissue while discovering the potentials of fragmentation, liberation of masses and breakdown of scale. Continuous route is designed to create an intimate connection between glass arts center & site. As the ramp enters site its thickness changes according to the programs around it. When it gets its maximum thickness, it defines boundries of main hall and leads towards the shop and cafe. In this process it transforms itself as a trace on the ground to the sunken public zone which is a gathering space for community.

Studies on analysing urban fabric and extarnalising the system of design, conceived according to the logic of this production process, is commensurated with the â&#x20AC;&#x153;referenceâ&#x20AC;? used in the city formation and is consequently segmented in strict relation to the shape and dimension of the surfaces of the design that define the surrounding environment.

‘‘As the reaffirmation of the mastership and of being oneself at home, hospitality limits itself from the threshold of its own threshold, it governs the threshold - and in this measure it prohibits in some way crossing the threshold that it seems to allow crossing. It becomes the threshold. This is why we do not and cannot know what it is..., what its identity is at its threshold.’’ * Jacques Derrida What is the threshold between foreignness and domesticity ? While the world today has a rapidly changing social structure, the issue becomes more and more controversial on global scale. The proposal on its selected context aims to form an exemplary answer in the domain of architecture and take an inclusionary role in the search of limits of this fractile situation. Project envisioned how could it be a reinterpreted parliament in a cosmopolitan urban center. The formation of a 3D matrix determined to be a melting pot for all cultures, components, local values and functions of its own structure and demands of different ethnicities, refugees, asylum seekers and visitors of specific localities and organize an urban model from the actual requirements of the urban population. To open oneself to another is determined as the main form of engagement with an ‘other’ / [stranger] that is aimed to create as a double bind which engages both parties reciprocally. The design envisions to interrelate itself to the mindset of the terms host and guest. Eventually, guest is no more stayed as guest, at the same time it can be the host by having opportunity to express themselves in such environment.

In order to engage cities and the inhabitants reciprocally, two types of thresholds are determined respectively responding to the parties; a physical threshold which is a rigid boundary, and a cognitive thereshold depending on the perception of the society. The design incorporates these two to a perceptual motherboard by the formation of a space with regard to the reanalyzing of discussion spaces and to a new centrality where people from diverse ethnicities can relate themselves.

for debate of multiple citizen ExposĂŠ

homogenous field for discussions based on taking stage, invites participators to join in

Dome Dome a space which

Union 1 & 2 Different type of discussions and their spatial qualities are investigated before they come together to form a space that generates itself according to need which responds the polylegislatural politic space. These types of unions can be further extended.

Since each discussion needs a different type setting, matrix can transform itself to different type of stages and platforms. It can bring itself together in different sizes and frequencies so the system and entities are always convertible, by the help of hydrolic pistons supported by bolted erection stabilizers.

oblivion [uh-bliv-ee-uh n] : The state of being unaware or unconscious of what is happening around one.* Oblivion is a project that provides experience spaces in multidmensional environment. It was developed within a story which has potential to create spaces having different qualities. Design questions the crucial question of defining oblivion by evaluating the genesis of entities. Just before the infinite blank space was filled with an unstable form of energy, whose nature is not yet known. At some instant, this energy was transformed into the fundamental particles from which emerges all the matter we observe today. So by crumbling and splitting the units, divisions created. As the process continues it started to deconstruct itself, at the same time scattered particles creates links by getting closer to each other when they are dashing at the trajectory of the core. This links lead particles to overhaul the deconstructed parts which guides itself to a vicious cycle, comprising the previous-step in itself, forms a self-intersecting mutation matrix. Within this infinite unconfined boundries design evolves through different stages through continuity and differentiation. At the initial stage [t0], compactness of components triggered by an explosion which expands itself that spreads the components. As this disjunction continues each component lose its identity, and this creates emptyness of oblivion. Nonetheless, these steps followed by recomposition stage which components transformed into fragments that can be accumulated or aggregated recurrently, in different scales. This aggregations and accumulations take place according to the bonds between particles that an aggregation is formed by pieces brought in a way that their unity cover the perception of their individual identity and creates an unorganized whole. In accumulation pieces arranged in an order that each particle sustain its existence with its antecedent. 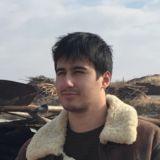