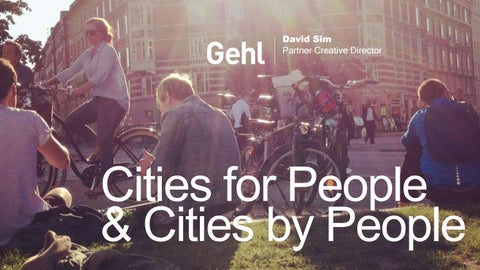 We approach our work both as social scientists and designers

We work globally with the challenges cities face

â&amp;#x20AC;Ś on strategies to reach their goals while improving quality of life for people

The first new town in side a National Park

First shared-space in the UK

Taking people on the journeyâ&amp;#x20AC;Ś

Movement along the street

Space given to different user groups

New activity on the street

A 90% majority voted to keep and extend the pilots

Not a very inviting square

Jaywalking, parked vehicles and no crossing

Student life is not visible in the public space

Goal: to a well connected placeâ&amp;#x20AC;Ś.

... and active, vibrant square with both day and evening activity for all

Reduction in jaywalking and more pedestrians2013 2014

On facebook, there are lots of comments comparing the deck with a beach. #praiapaulistana #praiaurbana #spbeach

â&amp;#x20AC;&amp;#x153;This playground was a good surprise for us. We had some doubts before implementing it. But in the first day - a Saturday - since the first kid discovered the new playground it has been packedâ&amp;#x20AC;?

In search of Human scale?

Completing the heart of Lille

St. Sauveur â&amp;#x20AC;&amp;#x201D; In 2013, Gehl together with an extensive local team of technical experts, won the international competition to lead the development and transformation of a former goods station in central Lille â&amp;#x20AC;Ś

Vision The 57-acre A real piece of sitecityisin terms to of fabric and become a urban life new neighborhood of 5,000 inhabitants, and a city district with work places, shops, education,

Planning with the needs of people in mind

The building Knowing your neighbor

The block A shared community

The quarter A lively neighborhood

Linking to the surrounding s

Creating a beating heart in the developmen t 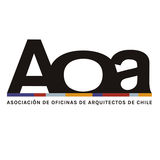