Who's the Puppet Now? 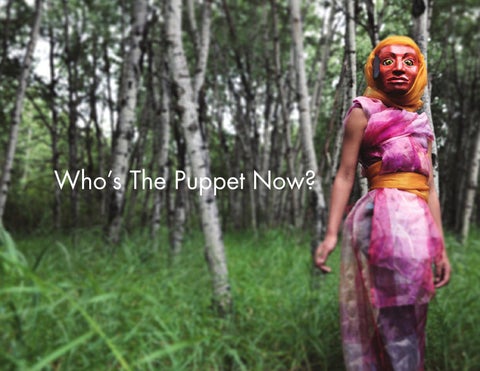 hile performing at the Arrivano Dal Mare festival in 2001, in the lovely Italian beach town of Cervia, I visited their newly opened puppet museum. At the back, through innumerable embattled Pulchinelli, I was taken by a series of life-sized portraits of Europe’s puppeteer greats, denuded of their beloved puppets, young and gorgeous in the bloom of youth, still kissed with the fiery blush of artistic passion. Returning to Calgary that fall, I launched the first ever International Festival of Animated Objects, and a lifelong collaboration with my partner Sean Dennie. Sean took the challenge of peeking behind the mask to capture the people behind the objects. His collection of portraits of our Festival artists is what you now hold in your hands. A body of work that reflects Sean’s own growth and development as a photographer as much as it reflects the evolution of the Festival: in 2002, black and white portraits were shot on negative film, in 2005, on color transparency, and in 2007 and following years, digital became the medium of choice for a man who will always love film best. Thank you to The Calgary Foundation and Calgary Animated Objects Society for making publication of this collection possible. And thanks to Sean and the artists, for allowing the photographer to manipulate the manipulators, and to ask the question, “Who’s the Puppet Now?”. –Xstine Cook

am forever indebted to the brilliance of others, those individuals who share their inspiration with me, offer their trust, and invite me into process, in whatever form. In this regard, I travel with them into the unknown and impossible task of creative expression. I try to open my awareness, to be present in every moment, and elevate my work to the level of those around me. I am here because of the generosity of those artists.

uppetry was perfect for me as a child; a private little world of make believe, making things and acting out with a bizarre coterie of invented characters. But as I got older, puppetry transported me into the real world, which is magical, brutal, confusing, divine and ever-fascinating. I suppose the young me and the present self still needs to work small, taking that bigger world, replete with all its madness and glory, and shrinking it to a manageable size; not so much to control it, but to hold it in my hands, shake it, prod it, caress it, and offer it back to audiences with a tiny, reflective, ridiculous personal point of view. In the small and specific, the universal can be

found, and that has been the greatest reward and challenge of this, the most limitless performing art. For many years, I worked to make puppetry respectable and legitimate. Still hurtling through a world seemingly uninterested in being understood by my own limitations, I think puppetryâ&amp;#x20AC;&amp;#x201D;or, at least, my hands on itâ&amp;#x20AC;&amp;#x201D;is ultimately better served by being disrespectful, dangerous, provocative and popping up boldly, brashly, beautifully, like the bad boy Punch and Judy men of yore, or a daisy pushing through the concrete. This craft has always been the love of my life, and I have never been more excited about it than I am right now.

Who's the Puppet Now? 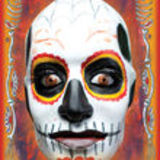