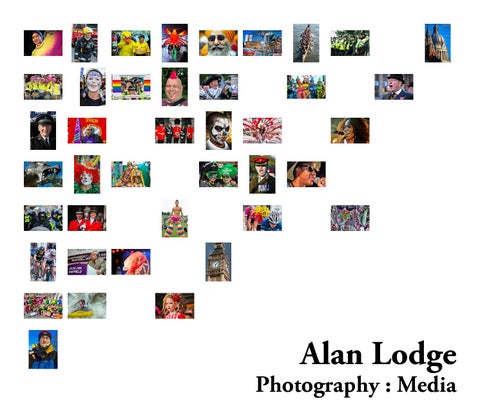 All rights reserved. No part of the materials including photographs or text may be copied, photocopied, reproduced, translated or reduced to any electronic medium or machine-readable form, in whole or in part, without my specific permission. Distribution for commercial purposes is prohibited. Copyright ÂŠ Alan Lodge 2015

I am a freelance photographer with interests in the press, social concerns, youth & multi-cultural subjects, and lifestyle 'alternatives'. My library includes 30+ years of editorial and commercial photography of events, social issues and environmental matters. I have supplied pictures to illustrate articles in a variety of publications including – Guardian, Independent, i-D Magazine, Select, Sounds, DJ, Radio Times, New Statesmen & Society, and the Open University. I have contributed to a number of TV projects with the BBC and Channel4. Work is also distributed widely online, around the internet. Moving beyond photography, have experimented with a variety of mixed media, developing visual awareness and a sense of graphic design that I have applied in a variety of projects. With the convergence of photographic and computer technologies, my interests have grown to include aspects of `electronic publishing’ multimedia presentation and the arts. Work has been produced for publication, galleries, digital and slide projections at events and presented at large scale in public space. I have MA and BA(hons) degrees in Photography from Nottingham Trent University. Additionally, I hold an Associateship of the Royal Photographic Society [ARPS] and am a Member of the Academy of Interactive & Visual Arts AIVA I am an active member of the National Union of Journalists NUJ and have a current press card. An editorial and documentary photographer, a photo-journalist and ‘storyteller’ always on the lookout for another tale to tell. Based in Nottingham UK.

I introduce you to a variety of events. I am interested in festivals, music, community, multi-cultural events. In this set I show something of the Afro-Caribbean Carnival, Asian Mela, Chinese New Year, Sikh Vaisakhi, St.Patrickâ&#x20AC;&#x2122;s Day, various music, theatre and stages.

As a news reporter, I have covered a variety of civic events. Here in Nottingham, we have a Lord Mayor, a Sheriff of Nottingham and obviously â&#x20AC;Ś.. Robin Hood. Assorted civic dignitaries open or attend events and projects.

During news coverage, incidents and situations are frequently attended by police. I have attended news conferences, armed situations and public order incidents. The opening of police stations and civic engagements. I have also attended criminal justice conferences and seminars held by HM Courts Services and the Crown Prosecution Service.

Here, the prime minister leaves Parliament after his last PM Questions before the election. During election campaigns, I photographed various candidates, here included, Sir Alan Meale, Alan Simpson, Lillian Greenwood and Alan Rhodes, the leader of Nottinghamshire County Council. A US presidential contender, Rev Jesse Jackson came to see the work of ‘One Nottingham’, a Strategic Partnership to tackle disadvantage in the City, to offer some of his experiences of depravation in the United States. The murder of teenager Danielle Beccan, resulted in the Home Secretary of the time, David Blunkett MP, visiting the city. G8 Home Affairs Conference, an international event, was held at Gleneagles and Sheffield. Pictured here are UK ministers, Charles Clarke MP, together with the Lord Goldsmith, Alberto Gonzales the United States Attorney General, and Home Affairs ministers of Japan and Russia. During the Labour leadership campaign, Jeremy Corbyn created a ‘media frenzy’.

Trade Unions held well attended rallies in supports of wage claims, better working conditions and pension rights. Pictured here are a couple of the anti-austerity events in London, called by the Trade Union Congress TUC. The picket during disputes against the cutting of staff and council services. As a member of the National Union of Journalist, I have represented Nottingham Branch at the â&#x20AC;&#x2DC;Delegate Meetingâ&#x20AC;&#x2122; of the union. I have written reports and photographed the speakers. Here at the 100 year anniversary event Mr Tony Benn attended.

Armed Forces Day aims to show the public, various aspects of military life Invited to cover the Army Presentation Team on their visit to Nottingham University The 1st Battalion The Royal Anglian Regiment arrived back home following a six-month operational tour of Afghanistan. They paraded through Nottingham and received the Freedom of the City. A cause for some celebration and relief, but also some sadness on behalf of those who were killed or injured. Every year, I attend the Remembrance Day Parades. On a lighter note, I have photographed various re-enactments including The Sealed Knot Civil War Society, The Napoleonic Association, Medieval, Norman and Saxons. Oh â&#x20AC;Ś. And some Vikings once!

As a cyclist myself, I have always been interested in major events such as ‘The Tour of Britain’ and the ‘Milk Race’. These are quite prestigious events with the winners being honoured with a cheque and the customary champagne fizzy shower, [resulting in me having to wipe down my cameras before damage!]. Just as enthusiastic, I find youths doing their stunts, down at the skate park. The National Watersports Centre at Holme Pierrepont is home to assorted canoeing and kayaking competitions including those held by the British Canoe Union and the ICF Canoe Slalom World Championships. Some here are athletes preparing for inclusion in the British teams to the Olympic Games. Nottingham has also been holding Dragon Boats races along the River Trent.

I have enjoyed photographing a variety of arts and crafts. Sometimes items are very small and others the size of a house. This example of spray-art [preferred term over graffiti] on the left, is on the end of a row or terraced houses. I show here items I’ve photographed, created in metals and wood, each offering their own technical challenges to do justice to their creations. Some shot in markets and others in studio locations. I have always made the effort to attend as many university degree shows as I can where much innovation and creativity is always to be discovered. A local artist made an ‘interpretation’ of some of my photographs of the Afro-Caribbean Carnival and the Asian Mela. These were displayed on boards around the building of the New Art Exchange in Hyson Green, Nottingham

I have MA and BA(hons) degrees in Photography from Nottingham Trent University. Additionally, I hold an Associateship of the Royal Photographic Society [ARPS] and am a Member of the Academy of Interactive & Visual Arts AIVA. Here, I show some of the MA students work I think it interesting to show the contrast between the old and new university buildings, in their attempts to make an enhanced atmosphere for learning. Again, university degree shows, especially in photography and the visual arts, have always invigorated my ideas.

As a photo-journalist, I have covered a wide variety of emergency situations. I have some training in risk assessment at incidents. Major fires, road accidents, building site collapses and public order all present unique challenges. The fire service are also seen here, in water rescue and the use of the air ambulance. After incidents involving crime, a team of forensic evidence gatherers and cordon tape are frequently to be scene. Having previously worked as a paramedic with the London Ambulance Service, I have photographed accident scenes, not just as news coverage for submissions to the media, but also as â&#x20AC;&#x2DC;how tooâ&#x20AC;&#x2122;sâ&#x20AC;&#x2122;. Pictures have been used by services in their training for personal in accident procedures. As a member of the National Union of Journalists and a representative of the Nottingham Branch, I have successfully negotiated a set of guidelines on police / press relations. These have been nationally adopted under the auspices of the National Police Chiefs' Council (NPCC).

With greater acceptance by society, gay pride events are gaining in popularity. Shown here, events from Manchester, London and Nottingham, Greater Manchester Police and the Gay Police Association asked for this group picture before they joined the parade. It is also encouraging to see chief police officers joining with other groups from public service, such as the military, probation service together with other government and commercial agencies. 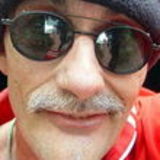