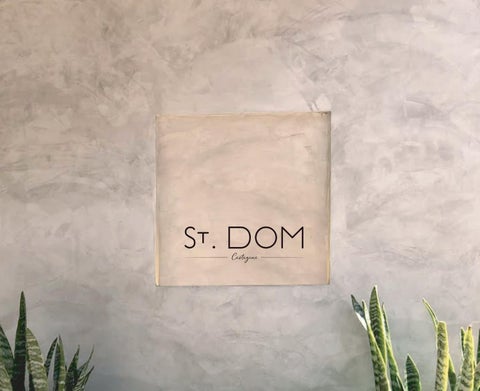 Mandate Regenera Hospitality Trends is pleased to present this exclusive investment opportunity in the historic center of Cartagena de Indias. Opportunity The opportunity is unique not only due to the distinction of the property (one of the largest available in the market) but also for being part of the implementation of a new hotel format not yet seen in Colombia.

Destination Since 2015, Cartagena has been experiencing an increase in tourism on a national and international level, with new routes available from NYC, Atlanta, Lima, San Salvador, etc, all which has led to an increase in the type of luxury clientele with a sophisticated demand for more experiential products and services. Concept St. Dom, a new and successful retail concept, opened its doors in Cartagena de Indias in 2014 in the hands of the owners of the TEXSAL group, immediately becoming a ‘must’ in the list of the most important fashion experiences in Latin America. Project This opportunity combines an emblematic and historical building in the center of Cartagena de Indias with a unique hotel format targeting the needs of the modern traveler, and the artistic ”Know How" of the St. Dom Group.

Cartagena de Indias, together with Havana and Puerto Rico, is considered 'one of the three pearls of the Caribbean'. Cartagena represents the maximum splendour and richness of one of the most important trade ports of the 16th century, being a touristic reference for Latin America.

In 1984, Cartagena's colonial walled city and fortress were designated a UNESCO World Heritage Site, triggering real estate reforms and renovation of properties into boutique hotels, luxury homes, high end shops and restaurants. Distinguished local personalities, such as Gabriel GarcĂ­a MĂĄrquez and the Santo Domingo family, have set their vacation homes in Cartagena, which was soon followed by other Colombian, Latin American, American and European celebrities. The city hosts many important events in Colombia and has undoubtedly become a benchmark for cultural events on the continent, thanks to its film and music festivals, the Hay Literary Festival, and many others.

Most recently, Cartagena has positioned itself as a mandatory stop for the most important cruises on the Caribbean routes. Taking advantage of the positive conjuncture of recent years and the increase in the touristic interest, St. DOM was born as a retail concept that brings together a well curated roster of luxury brands of the Colombian and Latin American design origin. Now a new opportunity comes aboard, taking the concept one step further, to develop a St. DOM Hotel, a high level lodging concept that will combine excellent quality, supreme service and impecable curatorship of local design.

FOREIGN VISITORS I N B O L I VA R

Tourists from the United States are still the principal market, with 1 out of 4 foreigners being American. During 2018, Colombia received a total of 380,000 cruise passengers, 10% more than in 2017. 96% of the cruises docked at the port of Cartagena de Indias.

In 2017, a total of 467,000 foreigners arrived to Colombia for meetings, incentives, conferences and exhibitions (MICE). In 2017, Colombia reached the 32nd position in the International Congress and Convention Association (ICCA), with a total of 142 events. Cartagena is part of the TOP 10 ICCA cities of Latin America, having 81 spaces catalogued for MICE events. The International Congress and Convention Association (ICCA) announced that the city of Cartagena will be the 2021 host for the ICCA Congress, the most important event for the global meetings industry.

Tax incentives for the development of hotel real estate projects in Colombia have stimulated new hotel offers and tourism growth in general. After the launch of more than 3,000 new rooms in 2017, the department of Bolivar experienced only a slight increase of rooms in 2018, mainly due to the fact that some projects have delayed their opening to 2019. Hotel occupancy raised to 67% in 2018 even with the entry of new hotels such as Conrad Cartagena, Hyatt Regency and Estelar Bocagrande, which sum up to nearly 1,000 additional new rooms. Despite the increase of 1,610 rooms in 2018, the occupation of the city grew substantially, which reflects a sharp increase of tourists arriving in the city. During 2017 the average hotel rate in Cartagena was USD 130. Cartagena's average annual rate is the highest annual rate in the country, very much above the national average. In accordance with the provisional figures of Cartagena for 2018, the average rate increased to USD 140.

LUXURY The remarkable Spanish colonial architecture sets Cartagena as a point of reference in Latin America, as well as a premium destination worldwide. The Walled City, due to its location, is still the most valued area of the city, both by hoteliers and guests alike. Its scarce 0.4 km2 make the Walled City the most exclusive and sought-after area in Colombia. Cartagenaâ&#x20AC;&#x2122;s Walled City has the most exclusive designer boutiques. The best restaurants in Cartagena, both classic and signature, are also located within the Walled City. Hotels such as Sofitel Cartagena Santa Clara, Charleston Santa Teresa or Casa San AgustĂ­n closed 2017 with occupation above 65% and average rates in excess of COP 900,000. 70% of the clients of the luxury hotels of the Walled City are foreigners with a high purchasing power.

LO C AT I O N As of today, the property includes three floors of the ancient retail passageway center joined to a colonial mansion from the 19th century. The two properties offer a total of 2,905 m2 in a deteriorated state of conservation.

The properties are located between the Calle de las Carretas and Diagonal 35, in the heart of the Walled City, 50 metres from the famous Plaza del Reloj and 200 metres from the Julio Cesar Turbay Ayala Convention Center.

THE PROJECT ST. DOM is a design concept created by Maya Memovic & Alex Srour, with all the support and knowledge of the Azulu clothing brand and the TEXSAL retail group. ST. DOM, located in the heart of Cartagena in a 300 year old colonial home, is a 700m2 "concept-storeâ&#x20AC;? that houses a curated mix of luxury brands.

It is the first and the most iconic "Concept Store" of its type in Colombia.

Eduardo Franco is a prominent design architect based in BogotĂĄ and Cartagena, with his first work dating back to 1989. Eduardo has made remarkable projects such as Casa Agua and Hotel Agua in Baru, Coco Solo in the Rosario Islands for Luis Felipe Santo Domingo, Hotel Casa Conde Quero and House 1537, the largest private national monument in Cartagena de Indias. His main objective is to always create architecture that works in harmony with the natural environment all the while respecting the cultural background of the site where the building is being constructed. Light is the main articulator of his spaces, where colors define the unique atmospheres. Eduardoâ&#x20AC;&#x2122;s designs emphasize beauty, elegance, comfort and purpose.

This project will be carried out with the renovation of the two aforementioned buildings of the Walled City of Cartagena de Indias. The mission of the project is to create an innovative concept luxury hotel inspired by the branding of the ST DOM fashion stores. The total area for the project is 3.747 sqm. The area for the retail space by St. DOM is 303 sqm. A total of 34 rooms is proposed, for a total built gross area of 3.747 sqm and 2,098 m2 Net Area.

Based on the following financial projections (December 2018 market conditions), an investor could be interested in submitting an offer for the acquisition of this hotel project. This document is not a real valuation but an assumption; it cannot be used by third parties as valuation or appraisal.

St. DOM HOTEL St DOM Hotel combines the beauty of the colonial architecture that defines the Walled City of Cartagena, with modern touches, lush green areas, artisanal details, furnishings and decor designed in collaboration with the contemporary Colombian talent; an experience of modern Colombia that is cultural, exuberant, and eclectic. The 1,000 m2 area of rooftop terrace will feature a large swimming pool with deck, a signature seafood restaurant and a tropical lounge with live musical performances.

Each room will feature unique pieces developed in collaboration with the top local designers, and which will also be available for sale upon request. Under this â&#x20AC;&#x153;hotel as a boutiqueâ&#x20AC;? concept, St. DOM will allow for the guest to take the experience back to their home.

INVESTMENT OPPORTUNITY REGENERA HOSPITALITY TRENDS has been hired exclusively for the conceptualization and capital raising for the first St DOM hotel.

This is a unique opportunity to invest in the city with the highest tourist potential in Colombia. A Data Room of this St. DOM hotel project is available with all the relevant information. It can be accessed upon the signature of a confidentiality agreement (NDA).

This document contains information to help determine interest in participating in this opportunity and has been prepared by REGENERA HOSPITALITY TRENDS for informational purposes only. The information contained in this dossier is private and confidential and belongs exclusively to the recipient. In all cases, interested parties must conduct their own analysis or other verification of the information contained in these details, as required, and the costs incurred will be their sole responsibility. REGENERA HOSPITALITY TRENDS and its client notify that: I. These data has been produced in good faith and is established only as a general guide and is not part of a contract. II. It is expressly forbidden to copy, distribute, disclose or any other use of the information included in this document that has not been expressly authorized by the property or its agents. III. Unless otherwise indicated, no investigations have been made with respect to contamination or potential contamination of land, air or water. It is recommended that interested parties conduct their own investigations if necessary. The details were prepared in December 2018. The images are only representative. Copyright ÂŠ REGENERA HOSPITALITY TRENDS