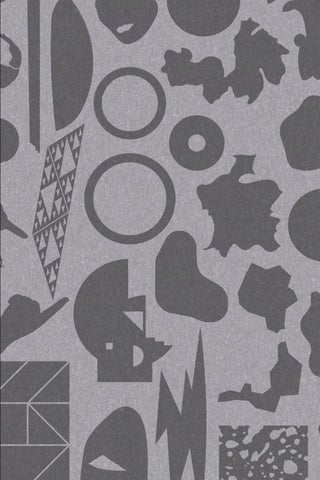 Each design corresponds directly or indirectly to an idea one has of life, of society, of the relations between the individual and society. It corresponds to the form of the Weltanschauung (worldview); it remains the basic cultural background. And this happens no matter what you do. Whether I design a vase or design architecture, there is always this background. —Ettore Sottsass interviewed by Hans Ulrich Obrist, Milan, February 1999 * The OOF project emerged during the sad and odd days of the confinement caused by the first wave of Covid-19. We all felt somehow afraid and isolated, with projects slowed down or stopped, with chances to collaborate or share thoughts obstructed by this peculiar levitation in time and space. We eventually had some occasions to discuss together, in the unusual setting of digital aperitivo, around a virtual table. In these recreated environments, we shared our frustrations but also our fascinations – and the possibility of exploring them during this particular period (no one would know then when it would end). We saw there an opportunity. * Hans Ulrich Obrist, Interviews, Volume 1 (Milan: Charta, 2003), pp. 840 – 841.

Not only ‘food for thought’, but also a possible physical outcome – personal, direct and cultural. Because we enjoyed these moments, we decided to give a collective dimension to our conversations by inviting friends and colleagues to participate in this ‘serious game’: a collaborative furniture series project called ‘Objects of Fascination’. The furniture series is composed of low tables made of wax-polished aluminium. To achieve this, we established a precise protocol in the thinking and making methodology. Each participant selected the image of a personal object of fascination, out of which a shape was extracted, redrawn, scaled and sent to a CNC machine to be cut out of a 5 mm thick aluminium sheet. Cylindrical aluminium legs, 30 mm wide by 27 cm tall, were then welded. The whole was sanded, scotch-brightened and wax-polished for hours. Objects of Fascination explores digital technology and craftsmanship through found forms. It can be seen as a collection of personal Weltanschauungen (worldviews), an attempt to give a physical form to the multiplicity of our collective cultural background. CENTRAL office for architecture and urbanism (Radim Louda, Paul Mouchet and Valentin Piret), Maxime Delvaux and UR bureau d’architecture et d’urbanisme (Chloé Valadié and Gaétan Brunet).

In the template layout, write down your name, the name of your practice, and the title of the work that you are fascinated by.

Add a high-resolution picture of the selected work, together with its full caption.

In the CAD template file, draw the selected shape on top of your image.

In the same file, resize the shape to the final dimensions of the tabletop, respecting the maximum size of 200 by 100 cm (you can also decide to use only half the sheet).

Draw 30 mm diameter circles in place of the legs of your Object of Fascination.

The tabletop is cut by a CNC machine out of a 5 mm thick aluminium plate. For curved lines, the minimum radius is 5 mm. The length of this process depends on the complexity of the chosen shape.

Three or more round solid aluminium legs, 270 mm high and 30 mm in diameter, are flush with the upper part of the plate and welded from below.

The polishing is done with three different grains (100/200/300) and a wax polish in order to get a smooth finish and have the legs perfectly flush with the top part.

Ken Price is best known as a sculptor from the California Clay Movement (CCM), a radical movement that emerged in the late 1950s in Los Angeles around a free-spirited and improvisational approach to ceramic works. Between art and craft, the movement was influenced by popular culture like Hot Rod’s custom and traditional pottery making. Frank Gehry was also part of this movement. As an architect, he adopted the ‘free form’ approach on a bigger scale than the ceramic cup, the main object/subject of a lifetime of experimentation, like most of his CCM artist friends. Liquid Rock is a drawing, part of Ken Price’s late body of work. The fascination for this drawing, and by extension for CCM artists, comes from the simple and direct visual pleasure produced through the careful assemblage of forms and colours into a straight cultural narrative. Truly immediate poetry with depth, Liquid Rock is a dialectic between two conditions of the same matter under a Californian sky. Liquid Rock is a masterpiece of the simplicity of means, a humble approach to a life devoted to art. Liquid Rock has become an aluminium low table around which my living room is organized.

67P/Churyumov-Gerasimenko is a 4 km long comet from our solar system named after its discoverers in 1969. In August 2014, it was reached at a distance of 720 million km from earth by the European probe Rosetta after a ten-year journey. Less than six months later, the Philae lander reached the surface of the comet to analyse its composition and look for organic matter so as to better understand the formation of our solar system and the apparition of life on earth. The lunar landing of the Apollo 11 mission is the only event in history that gathered all humankind, the only event that created a sense of common ground for all the people on earth. I believe that space exploration can be seen as a means of creating new myths, new narratives necessary for understanding the world we inhabit and our human condition. These global scientific collaborations may help to unite the world we’re living in by trying to solve fundamental questions, such as the apparition of life on earth.

Screenshot from ESA’s 3D model of the comet 67P/ChuryumovGerasimenko

Illumination and book copy were some of the many wonders of the so-called Middle Ages. These small images deliver short narratives extracted from liturgy and contemporary events. They depict scenes with a sophisticated style requiring rich techniques, thus offering images balanced between immediate reading and formal complexity. Medieval book art lies in the reproduction of texts and folios by clerks in a period where knowledge was rare but likely to be carried from one monastery to another. Actually, although ecclesiastic worlds were relatively cloistered from the secular one, intense exchanges between monasteries across Europe, the Levant and Mediterranean worlds existed. The illuminations and texts they contain are the result of these migrations. If we largely consider the circulation and reproduction of knowledge as the fruit of anonymous copyists, some trajectories have been identified by academic librarians and philologists. This allows us to know, for instance, that this isolated drop cap was made at the end of the fifteenth century by a nun, Magdalena Kremer.

Magdalena Kremer, Visitation, cutting from an Antiphonary, Feast of Visitation, Vespers of the Dominican Office of the Visitation, Kirchheim unter Teck, after 1478

Printed in Belgium by die Keure With the support of

© 2021 CENTRAL ofaau, UR, Maxime Delvaux, the authors, photographers, and the publishers. All rights reserved. No part of this publication may be reproduced, copied or transmitted in any form or by any means, electronic or mechanical, without prior permission in writing from the authors and the publishers. The editors have attempted to obtain all copyright permissions for the material appearing in this publication. In the event of an oversight, please contact us. This book was published in conjunction with the exhibition Objects of Fascination, produced by Architecture MAD Brussels from 24 September to 14 November 2021. ISBN 978-2-9602530-5-4 Legal deposit D/2021/14913/02

During the pandemic, 45 people were invited to take part in a ‘serious game’: each participant selected the image of a personal object of fascination, out of which a shape was extracted, redrawn, scaled and sent to a CNC machine to be cut out of a 5 mm thick aluminium sheet and become a low table. Each table is here presented through the original image that generated it, the selected contour, a text by its author and photographs of the prototype taken by Maxime Delvaux and printed in silver. Buy on https://accattone.be/buy/ 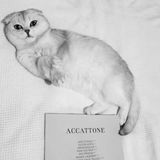