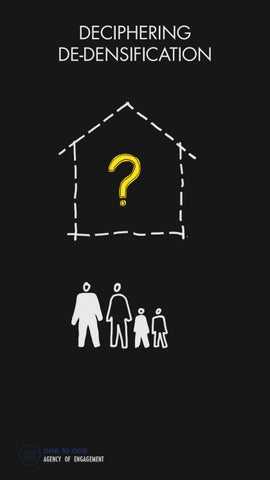 FIRSTLY, WHAT IS URBAN DENSITY?

Density refers to how many people occupy a specific amount of space. Smaller footprint = Higher density.

Pending the declaration of a state of disaster, 29 high risk areas were identified to be de-densified, due to inadequate distribution of water and sanitation and overcrowding. (24 March 2020)

By 6 April the plan to relocate citizens from townships to larger spaces, was at an advanced stage” (Lindique, M for EWN, 6 April 2020)

De-densification “not only isolates households, but also separates homes from livelihoods, and breaks social ties, which are the very basis of what makes informal settlements work as a survival base for the unemployed and poorly paid workers” (Marie Huchzemeyer, CUBES, 12 April 2020)

Due to high density occurring in some informal settlements, de-densification. may be required to provide services and infrastructure or in the case of Covid-19, to reduce overcrowded spaces which pose a health risk. De-densification. refers to making spaces less dense.

De-densification of informal settlements refers to the relocation of some households to temporary relocation areas with reliable services through a process of engagement with residents.

An over-crowded informal settlement where service delivery is difficult or the density is dangerous.

The households that need to be relocated are identified and engaged with to facilitate their relocation.

The household are located to an area within the immediate vicinity where they have adequate services and safe accommodation.

Despite Resistance, by early April some settlements began to undergo very aggressive de-densification.

The manner in which these evictions were conducted were resemblant of forced removals.

Apart from the manner in which people are de-dendsified, the matter raises the question of relocation -

WHERE DO THE DECANTED HOUSEHOLDS HAVE TO GO NOW?

During the 2019 Covid Lockdown in South Africa the government's efforts to address the spread of the virus resulted in a call to 'De-Densify'. 1to1, Alongside our collaborators, put together an accessible and informative guide to assist grass-roots leaders, local government and other actors working in informal settlement upgrading, to assist in understanding and working with the term in action. 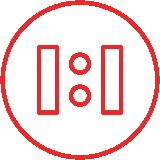 1to1 - Agency of Engagement