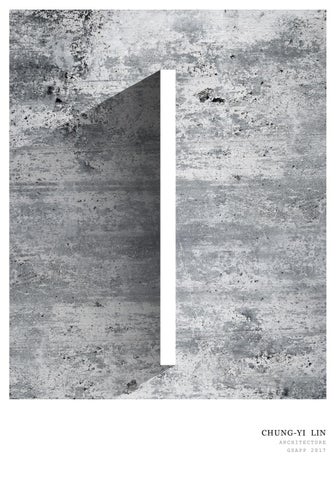 the steep topography. The value of the land is defined by its function as recreational green space, in other words, the surface. Therefore, we are interested in taking the challenge of activating the land without taking

over the surface by introducing architecture of education to reconnect the two neighborhoods and to create dynamic platform for knowledge sharing.

through and amplify the park as a meeting place. It reconstructs the idea of â&#x20AC;&#x2DC;streetâ&#x20AC;&#x2122; as the extension of the city, connecting the two neighborhoods

physically and programmatically. It lies underneath the park, leaving the surface undefined. Various and active educational activities on the street dissolve the form of school, deconstruct the standardization of education.

Gym, on the other hand, floats above the park as the static assembling and monumental anchor point for the project.

The Leftover The Morningside Park can be viewed as the leftover from passive reaction to the steep topography. The three images show the development of parks from raw topography to ideal planning to the compromise of the topography. The value of the park is mostly restricted to the surface, which is what we want to preserve.

Discipline We generated the idea of discipline from the observation of childrenâ&#x20AC;&#x2122;s island and we developed five routes of movement of different levels of discipline on the park surface.

The History rethink the site through the idea of discipline and construct a history line of different disciplines happened on the site.

Education Difference This is a brief history of educational space. It changes from a dynamic and flexible open space of the academy in Athens, which welcomed all kinds of education forms, to standard classification of Prussian education schools based on ages, subjects and social class, etc.

The School of Athens Based on the study of timeline of education and the situation of segregation on the site, we are interested in creating a school without gate, what we called as forum. This is a school for all, a school connecting various education resources, a school without age barriers, a public educational space for knowledge sharing.

01 Street First, we create the physical connection by extending the grid into the site.

02 Forum Second, we dig into the land to accommodate the hidden educational forum.

03 Monument Then, the gym is taken out of the underground programs and sits on top of the surface, hovering the park.

Phantom The concept of the project is about connection. It includes connection of present, past and future. We want to preserve original connection on the northsouth direction and preserve the continuity of the surface. We bring back the history of the site once appeared on the drawing through the design of grid and gym. For the future of building a new school, we create the physical connection through reconstructing the idea of grid as streets and programmatic connection through redefining the street as forum. Gym becomes an anchor point of static assembling compared to the continuous flow of the street.

Formal Education Study of formal education shows the rigidity of education space in the reality. The segregation of schools amplifies the enclosed spatial condition and blocks the possibility of knowledge sharing between different age groups.

Informal Education This is an analysis based on the informal education of School of Athens. Different prototype of education forms, from self-study to group study to lecture, exist in the open space of the school. These activities help to create a dynamic atmosphere for communication and knowledge sharing.

Dissolution of Formal Education The architecture of school is the objectification of education system. Here, in this drawing, based on the study of program organization and dissolution,trying to bring back the spatial language of open education spaces to construct the plan.

The columns of fog and water.

The columns of heat(red), air(blue) and light(white). The red columns, which release the heat becomes an attraction for meeting space.

The columns of sound release the music from the music studio to the upper ground.

It could be an informal lecture, an outdoor movie place or the best spot for watching the games happening in the gym.

01 gym as monument and anchor point

Reinventing the Park The section axion emphasizes on the idea of street, the grid as street and street as forum. The street of forum is the place where people from two neighborhoods meet, connect, learn and walk through. The gym floats on top of the park as both a monument and a static assembling against the vector of the street. It also acts as a reference point for the hiding forum. People can access the gym both from underground and surface.

Manhatten Schist The Manhattan concrete skyscrapers are the new landscape of Manhattan. They are built on top of the bed rock. While in old days, one of the earliest buildings, such as Cathedral of Saint John the Divine, which is right next to the site, is made of the bed rock underneath, which is the Cambrian Manhattan Schist. In our case, we are also interested to reuse the rock we dig out and build the columns and walls in this material. Besides, we also created glass columns to collect light into the underground. Here are eight different sensor columns that we developed. They work as structures, containers for infrastructures and sensors at the same time.

The Forum We think of this project another way of the skyscraper, a new landscape of Manhattan. It about brings back the history and informal education. It also about creating a future redefining the school, the forum for the two neighborhood.

along the island’s vulnerable edges and across the topography of its disappearing terrain. A networked field of structures slowly emerge

as the island disappears, providing a stable layer of ground for the architecture. The remains of the deceased are transformed into a dense landscape of floating memorial vessels that extend and activate the

disappearing edge while producing the main resource for the animated architecture. Remembrance is woven into a new era, and the presence of

absent deceases creates bridges between the past and future urbanity.

The Island Hart Island is and will disappear over time due to the tide rise. Beside, The edges or shorelines change with a different degree based on various circumstances such as trees, current buildings and corpses. Since 1980 there have been over 65.000 burials, however due to the Islandâ&#x20AC;&#x2122;s regulations remembrance is very limited.

Site Plan In order to replace the land that the island is losing, and reinforce the current edges. we propose two approaches. First, the island will extend its territory with floating cemeteries. These new cemeteries propose a different way to remember beloved ones.

Second, there will be an internal growth by planting trees that build ground and where public events will take place. Music concerts or political demonstration will attract new visitor to Hart Island creating a connection with NY.

Programming This outside growth will be done with zones of delicate reinforcement Where land and sea will be combined, and presence and absence have a balance.

Material Study Inspired by the material study where we explored the relationship between presence and absence, we developed these relationships in the first step for architecture.

The Angelus Novus by Paul Klee, in Walter Benjamin’s essay, he interprets

it this way: “The drawing shows an angel looking back the history. Where

we perceive a chain of events, he sees one single catastrophe which keeps piling wreckage upon wreckage. But the storm irresistibly propels him into the future. This storm is what we call progress.” It depicts the

Inevitability of being drawn into the flow of history. In “the Architecture

of the City” Aldo Rossi notes the city itself is the collective memory of its people. So, How individual become part of the history, or say, part of the city?

The housing and church defined medieval Paris. Through the Haussmann’s renovation, the lines cut through the old urban fabric, and the landmarks

pinned at the end of the avenues as the control points. All the housings become the volumes of anonymous to achieve wholeness of the city. It seems

consistent at the front, but the trace of the era’s conflicts still exist

inside the block. The people were merely a tool for authority to shape their power. Now, the individuals should be the one to synthesis with the history, collective and the city. The housing blends with the existing context and creates three new avenues, which gather in the center becoming a plaza for all, and then the people will be the landmark of the city.

Paris This is Angelus Novus by Paul Klee. In Walter Benjamin’s essay, he interprets it this way. The drawing shows an angel looking back the history. Where we perceive a chain of events, he sees one single catastrophe which keeps piling wreckage upon wreckage. But the storm irresistibly propels him in to the future. This storm is what we call progress. In the beginning, I have never been to Paris, so I want to like synchronize with the place. So I go through the history poem books movie. I found one Taiwanese movie very interesting. The movie “what time is it there?” Which are about three people living in two different cities, Taipei and Paris, seeking for connection? They are trapped in their time zone, but they all try to synchronize with the other by their physical approaches. For example, like wearing a watch that shows both the time, changing the time of every single clock he sees to the Paris time or covering the house to simulate the Hades. I think It is somehow similar to the history of Paris The Avenue de l’Opéra was created from 1864 to 1879 as part of Haussmann’s renovation of Paris. It is situated in the center of the city, running northwest from the Louvre to the Palais Garnier, the primary opera house of Paris

Individual // Collective The combination of the old city fabric and the renovation bring about two feature. The way Haussmann cut the line and place the land mark shape the roundabout. The regulation fo the height form a block which is solid and uniform outside but hollow and irregular inside. This makes me think of the Panopticon by Jeremy Bentham. The center control all the anonymous. On the other hand, the triangular block is the moment the people can exist independently and show their identity.

The Void I want to build the new avenue and the landmark which consist of individuals. The Conical void cut off the mass and then rotate face toward the axis of the void, so it extends the vision of each unit. 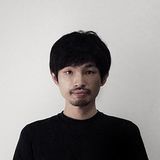