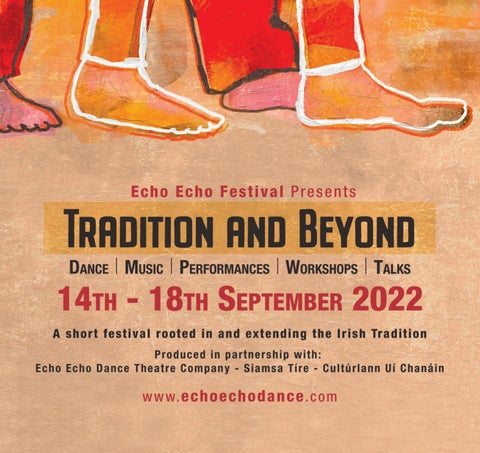 ARTISTIC DIRECTOR’S WELCOME Traditions are about networks of creative connections, sustained with commitment and continuity through time and space. It is a given that the deep roots of the Irish music tradition provide nourishment for continuing extension, branching, new flowering and fruiting that in turn are developed and enveloped into the tradition. In recent years the strength of this pattern of honouring the old, for itself, but also as a source for the new, has really shown itself in the work of numerous dance and movement artists across the island. This festival, ‘Tradition and Beyond’, treasures this development. It includes dance and music performance, workshops and a round table discussion around the festival theme. From 14th - 18th September we host artist residencies, at Echo

Echo Studios and Cultúrlann Uí Chanáin, focused on creating new work. Public events begin on 15th September with the opening of an exhibition of landscape painting at Echo Echo. The programme has a great variety with artists who work in different ways while being consciously committed to honouring the tradition in which they embed themselves and to which they are dedicated. Please do come along to as many of the events as you can. There are great deals on festival passes so you can attend multiple events and really get the depth of the festival experience.

‘Keep the Faith, Keep the Folk’

Anne O’Donnell started her training with the National Folk Theatre, Siamsa Tíre, at the age of 8 and became a full-time performing member of the professional company in 1993. She was Dance Master for a number of years and is currently head of Training &amp; Development. She also teaches in Siamsa’s Folk Theatre Academy and directs &amp; co-devises end of year productions with the students. Anne has performed and toured extensively with the company both at home and to far flung destinations including Venezuela, Hungary, the Faroe Islands, and the US. Joanne Barry is Repertory Director of the National Folk Theatre for their annual summer season. She joined as a child in 1987 and went on to become a full-time member in 2002. She has performed in most of the company’s major productions, including tours throughout Ireland and Europe. ‘Keep the Faith, Keep the Folk’ is an autobiographical exploration of the boundaries of contemporary folk theatre by Siamsa’s folk artists through their own relationship as artists, friends and mothers. This piece aims to expand upon the mediums through which folk theatre is presented in collaboration with visual artist, Andrew Duggan, responding artistically to the challenge of how Anne and Joanne strive to be seen and heard as folk artists in these times. The work is a mix of movement and traditional Munnix Irish dance, choral work, conversation and storytelling within the frame of digital and film creation, whilst the artists always carry their folk practice with them. Duration: +/- 1 hr

A short festival rooted in and extending the Irish Tradition. 14th - 18th September 2022. 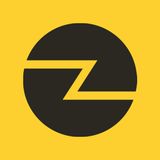