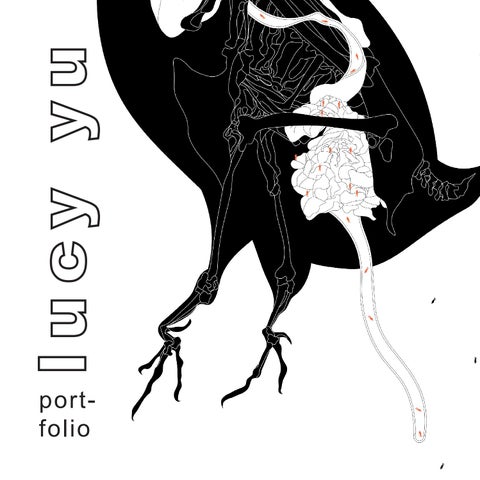 a world without work

the story of techno in berlin begins with the fall of the wall. abandoned buildings were taken over by young people who organized illegal raves in power plants, bunkers, hangers and underground stations. for a brief period, people divided by gender, race, sexuality and politics were united by a shared dedication to techno. it was an act of liberating being able to dance in places where previously you might have been shot for trespassing. the techno rave was not just about the music. it was a movement that used berlinâ&#x20AC;&#x2122;s abandoned spaces to promote freedom and hedonism. it gave dancers agency to shut out the everyday and suspend reality. techno is a genre about dualisms - day and night, mind and body, inside and outside, obligations and pleasure. the techno-tel reflects these indices. its body fills in the missing spaces of an east berlin city block, creating an open interior space that reflects time and desire. it is a boutique hotel with pretty views and instagrammable interiors but it is also a space for raves and parties and removal. moveable walls create alternate entrances for weekday and weeknight events, as well as the ability for the residents of the hotel rooms to combine and conjoin rooms for alternative dance spaces. the techno-tel is designed so that a party can happen anywhere; it is a series of spaces activated by bodies and music.

walls between individual rooms can slide out to create enclosed common spaces. getting to know your neighbours might just end up in a party.

because of the massing, this large atriumlike space is largely hidden from view and facilitates both hotel functions and party needs.

the future of diplomacy is soft power. in an era of globalization and trans-national politics, bi-lateral relationships are no longer confined to the interaction of state level actors with their counterparts, hidden behind the monastic compound of the embassy. with the proliferation of information technology, a shift in power to people-to-people diplomacy means that it is corporations, civil society groups, cultural movements, and most importantly, ideas, which shape our lives and our perception of other nations. diplomacy happens just as much in the comment section of reddit as it does in an embassy. today, we are all ambassadors. so what does the embassy of the future look like? what should a japanese embassy in the cultural core of moscow aim to accomplish? this embassy aims to foster awareness and appreciation for japan by showcasing japanese innovations, history, and art to its russian audience. with intellectual exchange and understanding at its core, this embassy uses culture to generate business opportunities and invite people of all backgrounds and interests to explore japan, again and again. urbanistically, the embassy confronts an open square on one side, and a historic pedestrian street on the other. through the preservation of the existing facade and a playful expression of follies in response to the bolshoi theatre and revolution square, this embassy roots itself in its host country.

secured walkways, cores, and meeting rooms for diplomats with access to entire site

1. postwar talks in an art gallery

2. bilateral relationship summit at the theatre

3. nuclear disarment meeting at the bookstore

4. territorial agreements in an alley

5. climate summits in a bamboo forest

a day in section

in Postcapitalism and a World Without Work, nick srnicek and alex williams argue for a truly utopian vision of a future where work will be replaced by machine productivity, giving the human being true freedom. a capacity to choose our lives and foster our own cultural, intellectual, and physical sensibilities according to our interests will become the norm, allowing the world to move past the industrial age into the new knowledge age. while the means through which this will happen (UBI? demurrage? new forms of reserve lending?) can only be effectively tested through practice, the idea that people will become empty containers, given time, freedom, and innovative means signifies a paradigm shift that has immense implications, architecturally and beyond. however, it is important to remember that work does not solely come about from an obligation ot make money, pay taxes, and be a contributing member of society. work is also connected to purpose, identity, and passion, and it would seem that in a world without work people will become disillusioned, lost even, with what to do with themselves. this idea of the need for self-introspection in this quasi-utopian future becomes a guiding principal for this manifesto, sited in brooklyn. if freedom is the capacity to choose what you do, but you donâ&#x20AC;&#x2122;t know what to do, then the simplest choice is to simply do nothing. utopian schemes are a slippery slope.

she pushes her fancy stroller, he takes the train to work at his fancy white collar job. they have become a representation, permitted to leave their brownstone only if clad in lululemon, holding a cold pressed juice, and engaged in a friendly neighbourhood stroll. it is all a facade - take it away and what is left?

an old dilapidated set, bearing the marks of a less than exciting history is redecorated in gilding, suitable only for the actors of the spectacle. the dialogue overuses such words as “ethically sourced”, “organic”, and “market fresh”. if it doesn’t shine, it is left to die. a boring theatre for a boring play.

we never see ourselves as others see us, because we cannot see ourselves. we watch the play unfold, unwilling and unknowning actors in a daily ritual called comfort. but a paradigm shift happens and the ritual is broken. in its absence we are left wandering and wondering about ourselves. we will finally have the time to indulge, to find truth through method.

a monument to the journey

a monument to monumentality

the body in space is an experience dependent upon the individual. spatial awareness, mindset, physical capabilities, size, and cultural background are just some of the aspects that affect our perception and interaction with space. however, the door is one such object that standardizes the individual body into the generic body. it is a utilitarian passage for the tall, short, big, small, and inanimate alike. we pass through comfortably, unaware of the position of our extremities, unaware of the ize or constraints of our own body. this project wants the individual to question, “how will you fit?” using form of the generic 36”x80” doorframe. as an exercise, we asked ourselves how we can create openings that will make users consciously think about their passage and explore the limits of their body through bending and contortion to fill an almost cartoon like shape. how will size, height, or weight matter? inspired by the form and conceptual nature of the triadic ballet, the choreographed geometry of the frame is perhaps also the antithesis of ballet. the human becomes transformed by a lack of space. in collaboration with vicky chen and william qian

as part of a structures class, we were asked to create an architectural model of a structurally significant building to further explore concepts we learned in class. in collaboration with Brandon Choy, we chose an unconventional project whose material choice of string and paper pulp ultimately became both the structural system and its design expression. the original pavilion was constructed onsite where a matrix of rope was woven over a jig, and then sprayed with a glue and paper pulp blend before being cut out of the jig. in this way, the pavilion is shaped through tension, and by hardening the members, is able to hold itself through compression. our construction followed a similar process. after several trials, we created an ideal mix of blended paper, water, and glue to create pulp that would be structural once hardened. several layers of the pulp was then sprayed over a woven matrix of string according to images of the real pavilion to create individual â&#x20AC;&#x153;treesâ&#x20AC;?. once dry, the trees were cut out of the support jig, and pinned together for the final shape. in making this model, we used 2400 feet of hemp cord, 136 sheets of printer paper, and a gallon of glue. 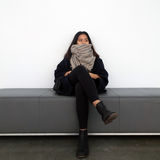