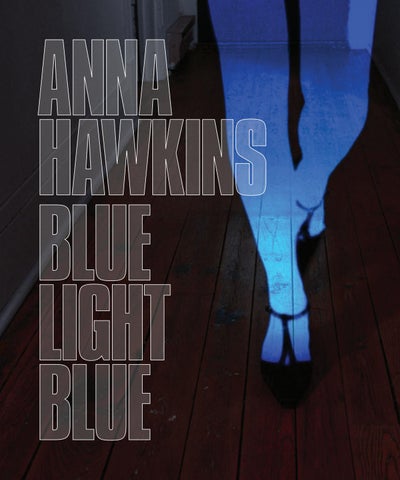 Blue is my favourite colour. According to a 2015 survey of people in 10 countries across four continents that found in every country people prefer blue, odds are it is probably your favourite too.1 Aside from the vast blue skies above us and the blue lakes and oceans covering most of the globe, blue in nature is actually quite rare. There are comparatively few blue animals, insects, birds or plants. It has also been speculated that humans could not see blue until relatively recently in our history.2 The ancient forms of many languages lack a word for blue and there are many modern languages that do not have a specific word to distinguish between green and blue.3 The ability to perceive blue light, however, has always been present in all mammals. Even those who are completely blind have photoreceptors to sense blue light. This ties everyone, sighted or not, to the circadian rhythms created by sensing early daylight when the light created by the sun is its most blue.4 This amazing ability to seemingly intuit daybreak and synch humans to the cycles of the earth is also being damaged and disrupted by the omnipresence of digital screens in our daily lives. Before commercially produced artificial pigments, the only way artists could incorporate blue into their work was to render it from the mineral lapis lazuli. Lapis lazuli is mined from the earth in Afghanistan. Historically, its trade and circulation around the world and infusion into Western art was hastened by the Silk Road, a network of trade routes that connected the globe through the movement of goods; this is not unlike contemporary digital networks that connect us today. Like lapis lazuli, minerals such as bauxite are now mined for use in cell phones and digital screens. Although the mineral itself is a reddish ochre, bauxite is what allows these devices to emit their blue hue. These highly covetable minerals create an addictive blue and we will peer into their captivating depths at all costs. Anna Hawkins’ new exhibition and film titled Blue Light Blue examine contemporary relationships to screens and devices and anthropomorphize their ability to harm. By casting digital devices as the antagonists in her film, Hawkins employs many horror tropes: the evil entity that is welcomed into our homes with open arms; being awoken throughout the night by an unseen force; never knowing who or what is listening or watching; having perceptions of reality altered and questioned. Much like the violence depicted and enacted in the horror genre, the negative health effects caused by screens are also gender specific. Most product and technological research is specifically tailored to male bodies, putting women at greater risk by their very omission from studies.5 Hawkins wants viewers to consider how horror 3

terrorizes women’s bodies and how the effects of contemporary technologies may also disproportionately pose a threat to women. The body of the human character in Blue Light Blue is that of a woman and also the artist. By casting herself in the film Hawkins capitalizes on cinematic notions of the vulnerable woman. There is an implied violence that runs throughout the film. Blue Light Blue illustrates the shockingly little information that is needed to convey violence towards women. There need only be the slightest hint of intimacy, or unawareness in the character that alludes to her vulnerability, to assume the inevitability of off-screen violence or at least the potential for violence. For the most part, we know and acknowledge the harm caused by digital screens. We know that these screens disrupt our natural sleep cycle and that sustained lack 4

of sleep causes very real and very serious immediate and long-term health problems. The amount of sleep that the average adult gets in a night has been steadily decreasing. While in the late 1800s most adults could reliably get 10 hours of sleep a night, the current average is just six and a half.6 For Hawkins, the blue light emitted from screens is not only a signifier of disrupted sleep and the related known and unknown health problems, it also signifies other dangers brought by the device itself. Digital devices, with their location tracking data, microphones and video recording abilities, are actively tracing, listening and observing. While the most obvious results of this are targeted advertising for capitalist gain, we also see the more nefarious effects of algorithmic bias and (mis)information bubbles that shift ways of thinking and acting in both large and targeted segments of populations. Although the infusion of blue light into nearly every moment of the waking lives of humans is new, the imposition of light for social control has been an ongoing endeavour for centuries. The introduction of artificial light into the night and into the home has also symbolized a breakdown of the distinction between public and private places. Hawkins has included a representation of an 18th-century political cartoon that shows an anthropomorphized streetlamp running after a particularly oppressive French General during the July Revolution.7 With the gradual introduction of streetlights in Western European cities like Paris, Berlin and London, lanterns that were installed on city streets represented elite and state power. The image used by Hawkins shows an inversion of this power, where revolutionaries claimed that symbol of state power and used it against the ruling class. “Lantern smashing” became a popular nocturnal activity that ranged from drunken tomfoolery to revolutionary reclamation of the night and individual freedoms.8 There is an interesting link here between the multilayered pleasure of smashing a lantern and the contemporary online phenomenon of smashing cellphones.9 Through the latter half of the 1700s and into the early 19th century, streetlights came to signify an intrusion into private life and a blending of public and private space regarded with suspicion and at times outright disdain. In stark contrast, the cellphone is a tracking and surveillance device that has been collectively embraced. Throughout the film Blue Light Blue, it is often difficult to discern the time of day. There are many moments where the sumptuous late-day pink light deepens to purple and then not to blackness as it should but flips to cool blue. The play of colour in the film disrupts and inverts the natural flow of the day and reflects a 8

current lived reality amongst digital screens. Hawkins has used a standard cinema device called “day for night.” This is a technique where a filmmaker creates a nighttime scene by shooting footage in the day and applying a blue tint to make it look like nighttime. Blue Light Blue intertwines the points of view of two characters. One, filmed in 4K video, is that of an imagined digital device; the other, presents a “human” point of view and is filmed on 16mm film. Throughout Blue Light Blue there is a constant flipping and intermingling of these two ways of seeing. Each type of recording interprets light in very different ways. Hawkins is interested in how the proliferation of these ways of recording alter and affect how we see, remember and interact with the world. The artist’s interest in using 16mm film specifically is that it is a 9

format that predates the widespread use of LED lighting and is balanced for either tungsten light or daylight. Throughout the film, viewers are often tricked into thinking that we are looking at the real world only to have the view pulled back to reveal a screen, all the while confronted with the tension that while watching this video we are always engaging with a mediated experience. What is uncertain is just how many screens lay between us and the “real world.” The film is organized around themes or elements that emit light and can reveal and conceal to play with perception. Among these, the smoke, mirror, window and water elements are unifying archetypes found throughout the film. There are several instances where they come into view together in a repeating scene that features a curtain. The reoccurring imagery of the curtain is indicative of Hawkins’ interest in the 10

history of the blending of public and private spaces. Where at one point the streetlight symbolized government or police surveillance and social control, all one had to do to shut it out was to close the curtains. Now, the threat is inside your home and there is no curtain to draw. The curtain that fills the entire screen in Blue Light Blue is also a nod to performance and evokes the roles that we all enact on social media through our devices. When every aspect of life is simultaneously being shared, the curtain never closes on the performance. When we are always on display, we lose track of the parameters of the screen; what it conceals and reveals becomes confused and it is impossible to know if you are inside looking out or outside looking in. Hawkins is interested in teasing out things that have become so ubiquitous they are invisible. For Parisians in the 1700s streetlight symbolized the control of an 11

oppressive elite; for contemporary city dwellers we rarely ever think about how, why and by whom our streets are lit. By employing the visual language of horror films, Hawkins distorts the everyday to reveal the threat that has been invited into our most intimate spaces and is almost always in our physical contact. While more and more of our lives and interactions are taking place in a virtual realm—and especially now that our work space, social space and private space are one and the same—this work encourages careful reflection on not only the negative health impacts of living through a screen but on the more insidious ramifications on our own personal safety as online platforms alter human behaviour and devices actively surveil their users.

ARTIST’S BIOGRAPHY ANNA HAWKINS Anna Hawkins is an artist working primarily in moving image and installation. She completed a BA in Art History at the University of Pittsburgh and received an MFA from Concordia University. She has recently exhibited solo projects at Centre Clark (Montreal, CA), Untitled Art Society (Calgary, CA), and the Musée d’art contemporain des Laurentides (St-Jérôme, CA). Her works have been shown and screened internationally at the UCLA New Wight Biennial (Los Angeles, USA), the WRO Media Art Biennale (Wrocław, PL), LUX (London, UK), and the Rencontres Internationales Paris/Berlin. She is currently an Assistant Professor in Fine Art at MacEwan University on Treaty 6 Territory ᐊᒥᐢᑿᒌᐚᐢᑲᐦᐃᑲᐣ (Amiskwacîwâskahikan), Edmonton, AB. The artist wishes to thank the Canada Council for the Arts for their generous support.

WRITER’S BIOGRAPHY LINDSEY SHARMAN Lindsey V. Sharman is Curator at the Art Gallery of Alberta. She has studied Art History and Curating in Canada, England, Switzerland and Austria, earning degrees from the University of Saskatchewan and the University of the Arts, Zurich. From 2012-2018 she was the first curator of the Founders’ Gallery at the Military Museums in Calgary, an academic appointment through the University of Calgary. Her primary area of research is politically and socially engaged art practice. Curatorial projects of note include TRENCH, a durational performance by Adrian Stimson; Felled Trees, an exhibition deconstructing national identity at Canada House, London; Gassed Redux by Adad Hannah; and the nationally touring retrospective The Writing on the Wall: Works of Dr. Joane Cardinal Schubert.

Presented with the support of the RBC Emerging Artists Project.

The Art Gallery of Alberta is grateful for the generous support of our many public and private donors and sponsors, as well as the ongoing support of the City of Edmonton, the Edmonton Arts Council, the Alberta Foundation for the Arts and the Canada Council for the Arts. 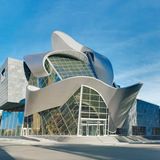