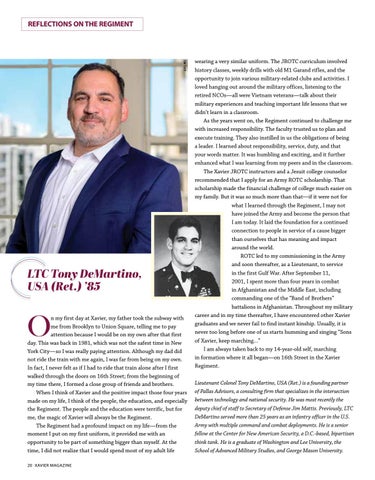 REFLECTIONS ON THE REGIMENT

n my first day at Xavier, my father took the subway with me from Brooklyn to Union Square, telling me to pay attention because I would be on my own after that first day. This was back in 1981, which was not the safest time in New York City—so I was really paying attention. Although my dad did not ride the train with me again, I was far from being on my own. In fact, I never felt as if I had to ride that train alone after I first walked through the doors on 16th Street; from the beginning of my time there, I formed a close group of friends and brothers. When I think of Xavier and the positive impact those four years made on my life, I think of the people, the education, and especially the Regiment. The people and the education were terrific, but for me, the magic of Xavier will always be the Regiment. The Regiment had a profound impact on my life—from the moment I put on my first uniform, it provided me with an opportunity to be part of something bigger than myself. At the time, I did not realize that I would spend most of my adult life

wearing a very similar uniform. The JROTC curriculum involved history classes, weekly drills with old M1 Garand rifles, and the opportunity to join various military-related clubs and activities. I loved hanging out around the military offices, listening to the retired NCOs—all were Vietnam veterans—talk about their military experiences and teaching important life lessons that we didn’t learn in a classroom. As the years went on, the Regiment continued to challenge me with increased responsibility. The faculty trusted us to plan and execute training. They also instilled in us the obligations of being a leader. I learned about responsibility, service, duty, and that your words matter. It was humbling and exciting, and it further enhanced what I was learning from my peers and in the classroom. The Xavier JROTC instructors and a Jesuit college counselor recommended that I apply for an Army ROTC scholarship. That scholarship made the financial challenge of college much easier on my family. But it was so much more than that—if it were not for what I learned through the Regiment, I may not have joined the Army and become the person that I am today. It laid the foundation for a continued connection to people in service of a cause bigger than ourselves that has meaning and impact around the world. ROTC led to my commissioning in the Army and soon thereafter, as a Lieutenant, to service in the first Gulf War. After September 11, 2001, I spent more than four years in combat in Afghanistan and the Middle East, including commanding one of the “Band of Brothers” battalions in Afghanistan. Throughout my military career and in my time thereafter, I have encountered other Xavier graduates and we never fail to find instant kinship. Usually, it is never too long before one of us starts humming and singing “Sons of Xavier, keep marching…” I am always taken back to my 14-year-old self, marching in formation where it all began—on 16th Street in the Xavier Regiment. Lieutenant Colonel Tony DeMartino, USA (Ret.) is a founding partner of Pallas Advisors, a consulting firm that specializes in the intersection between technology and national security. He was most recently the deputy chief of staff to Secretary of Defense Jim Mattis. Previously, LTC DeMartino served more than 25 years as an infantry officer in the U.S. Army with multiple command and combat deployments. He is a senior fellow at the Center for New American Security, a D.C.-based, bipartisan think tank. He is a graduate of Washington and Lee University, the School of Advanced Military Studies, and George Mason University. 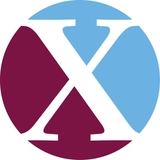 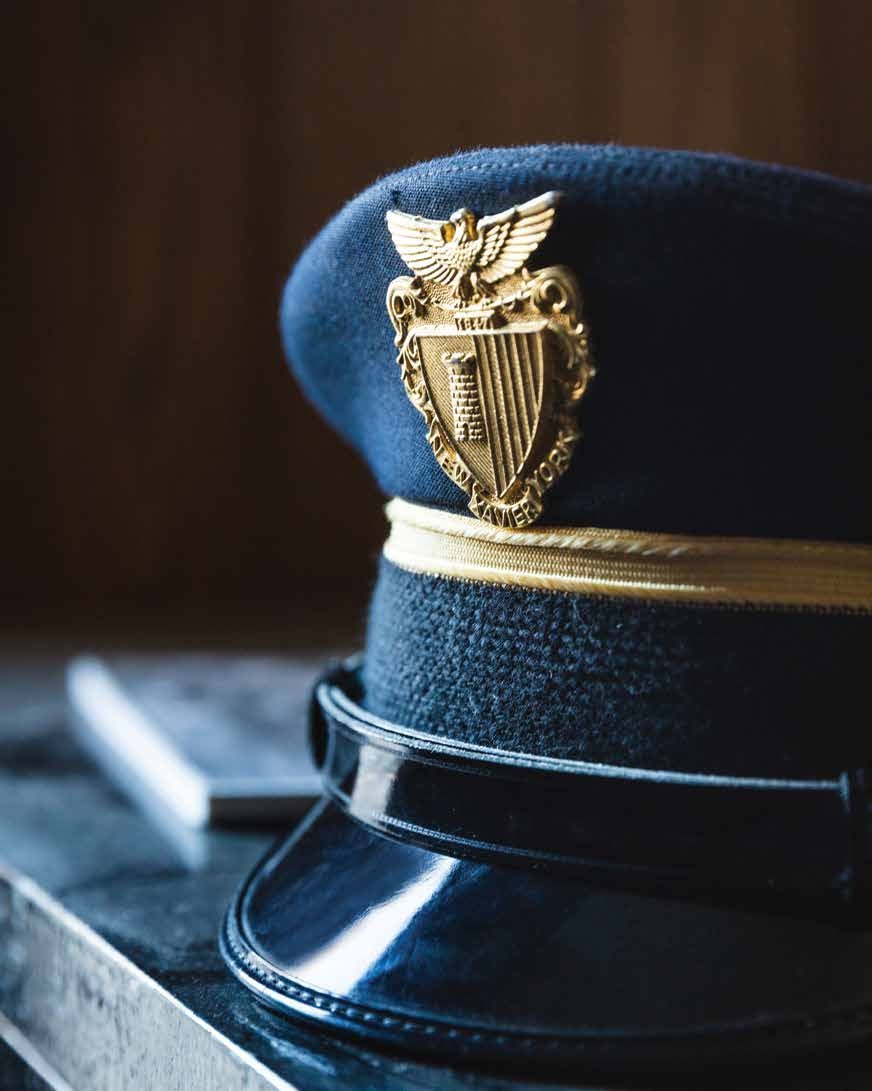 We're thrilled to share the summer 2019 edition of Xavier Magazine, which features reflections on Xavier's storied Regiment. Let us know what you think after reading by emailing news@xavierhs.org. #SonsofXavier