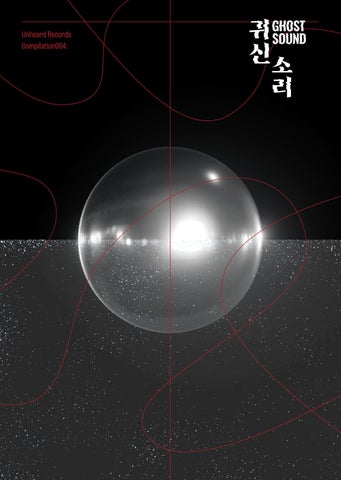 In the continuous search of the new norm(al), we tap into areas of boundless imagination, experimentation and people’s inclination to link the unknowable, unthinkable and hence, invite the spirits of the unheard. Since 2015, we have brought together our Indigenous, POC, and queer friends as an international collective and an imprint of artists who should to be heard. Now as part of the biennial compilation project in 2021, Unheard Records is exploring and researching new ways to connect and collaborate with our fellow grassroots organizations around the globe. From vernacular audio visual landscapes in cyberspace and gentle quivers of voices to vast washes of noise and subtle ambience of soundscapes, we invite you to a playground of exchange and summoning of the Ghost Sounds that haunts and immerse us. Unheard Records 2021

Some Words about Ghosts:

It seems that the ghost is very much about

the dismantling of identity; the ghost escapes

identi fication by refusing to adjust to what current

conditions call ‘reality’. A ghost cannot be pinned down, or even its presence anticipated. It can only haunt the frames of mind that are a ffected by it. The refusal to give up the ghost can be seen as a failed form of mourning. The mourning happens

in the acknowledgement that it happens ‘after the future’ (Bifo Berardi); the idea that we have witnessed ‘a slow cancelation of the future’.

What is there to mourn for? The ghost is the vehicle

to travel to di fferent worlds, di fferent senses of time, or maybe even to states of timelessness. The ghost

does not belong anywhere or to any sense of time. The ghost is, as sound, a voice to hide behind.

A voice as a the faking of the fake, without any

emotional content. A ghost cannot be–or refer to anything other than–a fatal strategy.

After reading the prompt for this submission opportunity (“Ghost Sound”), I began to wonder about the sounds that are typically unheard when listening to music with a record player. To capture some of these sounds, I placed a contact microphone on the surface of a record player while operating the machine for a few moments. The resulting sound recordings (e.g., the whirr of the internal mechanisms, the clink of the needle being lowered to its resting place, etc.) comprised the source material for this electroacoustic piece, which was created using sample-based synthesizers (Simpler and Granulator II) and various audio eﬀects in Ableton Live. I chose the title Cacophony to reﬂect the shifting, somewhat chaotic nature of this piece.

Ghost Sound means to me a vacuum in the air in the shape of an ear that both hears and creates sound, an impression of an ear that was once there patrick behnke | 8/24/2021 17:23:49

It&#39;s this sense and circling texture of phantom half-melodies, rough near-harmonies which attempt to push through a stormlike texture noises, clicks glitches and distortion

Muryeong Bells used by mudang— Korean shaman, mostly women—in Korean shamanic rituals. Bells are believed to invite ghosts and gods before and during the rituals.

Between Amsterdam and Stockholm, Aimée and Gus exchanged sounds during the middle of lockdown. The track is a long distance collaboration between the ghost sounds of two strangers. Aimee Theriot-Ramos &amp; Gus Loxbo | 8/31/2021 23:59:25

Once I came across the Japanese concept of living ghosts, hikikomori . this(music) is about struggles we have as individuals and as a society dealing with anxiety, isolation, extinction.

Once I been woken up by this shrill avant-guardish scream from my backyard and wasn’t sure if it was a dream or a ghost of my life. Like all the ghost sounds—unrevealed, almost forgotten sounds from the past.

It is the sounds that we often encounter in day-to-day life— always running in the background, surrounding us, but we may not notice unless we listen closely, to be in tune with their frequencies, and connect to the liveliness within Gabby Wen | 8/28/2021 22:17:44

Grytviken is an abandoned whale station in South Georgia, close to the Antarctic continent. In 1916 the explorer Ernest Shackleton reached, manning the boat James Caird across a hellish Antarctic Ocean, an end of South Georgia. He and his two other traveling companions crossed the island until they reached Grytviken exhausted, famished, frozen and on the brink of death. From there Shackleton was able to organize a successful rescue expedition for the rest of his team, which, led by Frank Wild, awaited on Elephant Island, 1,300 kilometers from there. Shackleton returned to Grytviken in 1922 on another expedition, and there he lost his life and was buried. In the year 2011 the ashes of Frank Wilde were buried close to the remains of Shackleton. Since then, many visitors have reported hearing murmurs, grunts, imprecations and strange conversations during the cold, rainy and windy nights. This track is a documentation of one of such nights where both explorers’ voices become the wind, the sea, and the ice, and all the nature is transﬁgured into a whispering, buzzing, organism. James Caird | 8/24/2021 12:23:07

Jijeon-Chum Dance with narrow white paper bundles performed by mudang in Honam region, South Korea. The ritual is performed to assist the dead with their journey to the afterlife.

What sounds could be ghostly in 2021? Whistlers started with this question, and tries to oﬀer an opportunity to imagine outside of the world we are living in, using the sounds captured in space. This piece tries to melt two diﬀerent, but surprisingly resembling sound sources: ﬁrstly spooky sounds of space, radio emissions captured by spacecraft, plasma waves and sounds of Jupiter, which are used without any signal processing in the piece, secondly synthesized sounds collected from my own sound library created over many years in the purpose of study and experimentation. The samples used are collected from NASA(https://www.nasa.gov/). Ji Youn Kang | 8/31/2021 10:03:33

dropped my radio on the floor and this is what happened. Ghost sound: As beautiful as it is haunting, unknown sonic occurrences that carry a sense of familiarity, some melancholic nostalgia special devivery | 9/1/2021 4:01:21

A little explanation just for us: The idea of Ghost and Being exists at the same time. To be able to recognise Ghost which means we should also be able to recognise Being. Our reality without Ghost can be ordinary, but to me, it is the most rewardable life I wish to have. Lam Lai | 8/31/2021 13:21:20

This is a journey. This is nothing but my waves, but please ride up this song. Imagine the rosemary phonograph sounds activate Rosemary Warp Drive to the very journey, wherever just hit to mind.

A ghost is that familiar presence, that familiar sound and shape that makes itself felt when my imagination seeks it and my eyes hunt the shapes forming in the blackness beyond the half-open door. The feeling is haunting and also comforting, the comfort sets in with the familiarity built over years of staring into half-open doors. The presence is formless so I capture it with this sound, the sound weaves the shape of the ghost in time and eventually lets it disappear.

We sought out musical and linguistic artifacts from our grandmothers to explore our relationship to the heritage languages that were never passed down to us. Sourcing sound objects from media circulated on our family’s WhatsApp threads, we paid respect to some of our family’s ghosts through an assemblage of samples. From Konkany folk songs from Mangalore, India, to Marimba music and Kaqchikel multilingualism from Guatemala, the materials were gathered, studied, and recomposed to make sense of some family stories we had to work to uncover. This is an oﬀering to everyone who is working to make sense of and transform complicated family legacies.

Heejin Jang Reunion with It 5:05

Anton Filatov Noise Under my Pillow 2:48

Cedrik Fermont A journey from one place to another 5:04 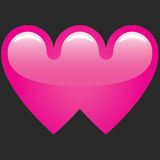