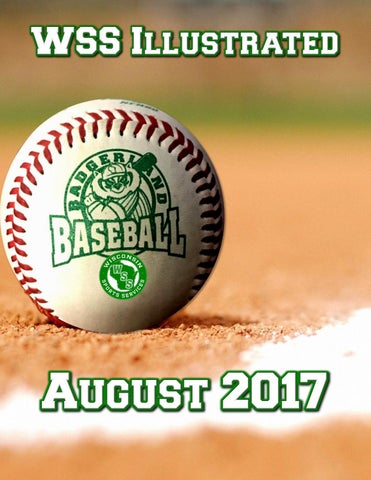 The Wisconsin Sports Services (WSS) is an extension of the Minnesota Youth Athletic Services (MYAS), a 501c(3) non-profit organization created to serve the youth

and adult sports populations existing in Minnesota and Wisconsin. The organizations hold their non-profit

status based on an educational foundation. Both the WSS and MYAS offer educational programs for coaches, umpires, referees, players and parents. The athletic programs are the â&#x20AC;&#x2DC;lifeblood' of the organizations where the educational programs provide the 'skeletal structure'. In three years of operation, we have created programs in the sports of youth basketball, youth baseball, youth fastpitch, youth wrestling and adult slow

pitch. All events ran by the MYAS and WSS are 'hosted' by a local sports group that shares in the revenues created by the

event. Every event is essentially a fundraiser for the local sports groups in the communities of Wisconsin.

Trustedcoaches.org Youth Sports Organizations everywhere are joining the mission of Trusted Coaches! Youth Sports administrators are equipped with the ability to easily TRACK and MANAGE their coaches’ certifications, completion and renewal dates.

Trusted Coaches offers a full suite of tools to allow organizations to manage their coaches. 

On August 5th, the Rock River Junior League All Star Game took place at the â&#x20AC;&#x153;Duck Pondâ&#x20AC;? at Warner Park in Madison, WI. The game was open to the public and saw a nice turnout of fans. A special thank you to the players, coaches, umpires, parents and fans for attending! The game featured players from both the North and South Division of the Rock River Junior League. The Duck Pond at Warner park is home to the Madison Mallards, who play in the prestigious Northwoods Summer Collegiate Baseball League. We want to thank the Madison Mallards for allowing us to provide such a great experience!

Celebrate your season with the Brewers! On - field Ring Ceremony for all BBC Champion teams

Basketball TOURNAMENT Index Looking for ways to get the information out about your basketball tournament? The Wisconsin Sports Services (WSS) was created to serve the local youth sports associations of Wisconsin. The Basketball Tournament Index was built to allow youth basketball organizations to post and advertise their events.

Basketball TRYOUT Index Looking for ways to get the information out about your basketball tryout? The Fall & Winter tryouts listing is available for use by all community-based youth basketball organizations forming teams during the Fall and Winter months to advertise the date, time & location of their tryouts along with any other

UNDER ARMOUR BASKETBALLS ON SALE

Are you tired of spending endless hours putting schedules together? Do you fear scheduling two games on the same court at the same time? Is your current service provider not meeting your needs? If you answered "Yes" to any of these, then you should try the WSS Scheduling Services.

From the Wisconsin Sports Services office in Madison, Wisconsin, that sums up the month of August! We appreciate everyoneâ&#x20AC;&#x2122;s support this month and please keep an eye out for the September edition of the WSS

If you are interested in seeing more pictures, results, updates, and more information about our upcoming events please be sure to go to our website and

@BadgerlandWSS Our website and social media pages are worth a follow and you can find a lot of very valuable information there. Items ranging from tryout indexes to camps/ clinic indexes to our different leagues/ tournaments, and many more resources! 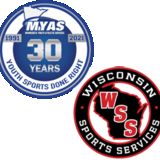