Guided by a passion for paddling 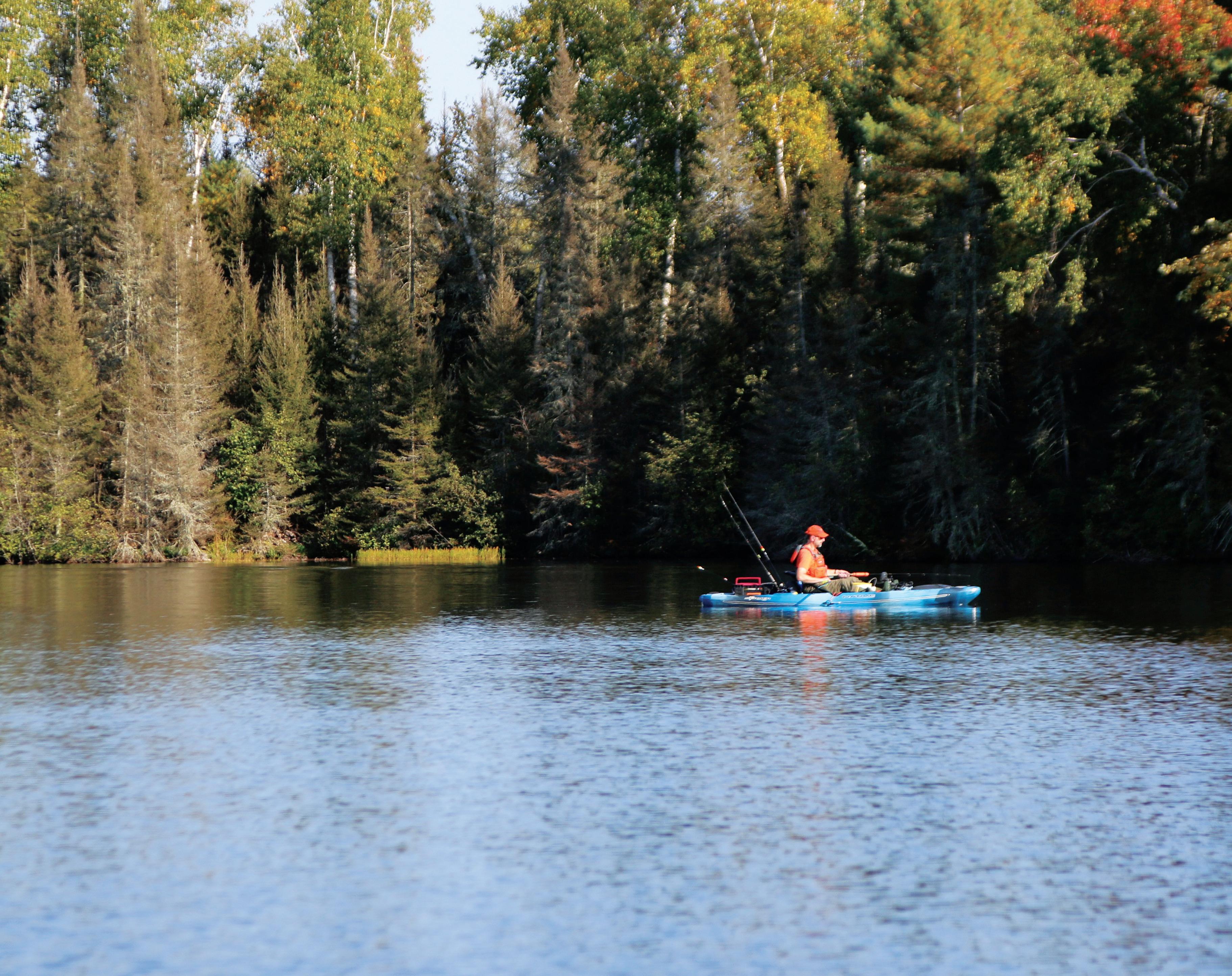 75 years of catch and research

STORY BY MOLLY MEISTER AND PHOTOS COURTESY OF RICK KARK
Molly Meister is a public information officer in the DNR’s Office of Communications.

Retired physician Rick Kark has what he best describes as “a love affair with rivers.”

A longtime paddling enthusiast, Kark has canoed in 42 states, Canada and even the Arctic Ocean. In Wisconsin, his paddling resume includes more than 300 rivers and streams.

“Rivers are fascinating,” Kark said. “I love the challenge of paddling — reading the river, finding the right routes, being able to control the canoe and being able to maneuver it through fallen trees and rocks and rapids and how to get back upstream.

“The scene is always changing as you come around the next bend.”

Originally from Iowa, Kark moved to Wisconsin to attend medical school, and brought his love of water with him.

“I paddled my first Wisconsin stream in 1969,” he said. Along the Wisconsin-Minnesota border, “I spent three days and two nights canoecamping on the St. Croix River with my college sweetheart.”

Kark remembers the song “Sweet Caroline” blaring from the couple’s transistor radio as they floated downstream from Interstate State Park to Houlton.

“Little did I know I would eventually explore more than 300 other Wisconsin rivers,” he added.

WATERWAYS OPEN TO ALL

Kark is now retired to Asheville, North Carolina, but still returns to his adopted state of Wisconsin when he can. He’s one example of the tens of thousands of outdoor recreationists who hit Wisconsin’s navigable waterways each year.

Thanks to the state’s Public Trust Doctrine in the State Constitution, Wisconsin’s waters belong to everyone and are declared “common highways and forever free.”

That means everyone in the state has the right to boat, fish, hunt, ice skate, swim and, of course, paddle on navigable waters.

For Kark, despite his many travels, the state remains one of his favorite places to pursue his passion.

“Wisconsin is certainly the most vast and the most brilliant in many ways,” he said, “the most important part of my river family.”

What sets this neck of the woods apart? Kark cited the state’s huge variety of navigable streams, each featuring its own unique beauty. From challenging whitewater streams to foreboding rocky shorelines to the postcard-worthy geography of the Driftless Area, Kark has yet to meet a waterway he didn’t enjoy.

“With so many beautiful places, I often found myself in circumstances where the lighting would be just right. It would be such a combination of water and rock and trees and different natural features that would just create shocking beauty,” he said.

These days, paddlers of all experience levels can benefit from Kark’s knowledge of the state’s waterways through his guidebook available in partnership with the River Alliance of Wisconsin.

By 1982, after Kark had paddled around 100 rivers, he decided to start documenting his adventures. In 2015, he published a full collection of his notes, “Canoeing and Kayaking Guide to 309 Wisconsin Rivers and Streams.”

The River Alliance eventually put the guidebook’s contents online, organized by region, and used the material to create an interactive trip-planning tool for paddlers.

In addition to creating these helpful tools, Kark offers important advice for novice paddlers: Find someone to help you learn what you’re doing.

“People think it’s easy just to sit in the canoe and take off and paddle,” he said. “But you don’t want to start off by yourself.

“The first thing I suggest you do is find a companion or a group of paddlers to teach you the proper strokes and other invaluable skills. My way of starting was through the Sierra Club.”

Time on the water is not always calm. Kark said he has fallen out of his canoe several times when encountering difficult rapids.

One time on the Wolf River, he had to switch into doctor mode to help a fellow paddler with a shoulder dislocation. Another time, Kark had a close encounter with a real-life badger.

“I got closer and closer and he just stood his ground in front of the den and was going to defend his territory,” Kark said. “But I got a really close-up look of his face.”

Even though Kark has thousands of hours of experience under his belt, he still gets lost from time to time, including once in the middle of a swamp full of trees. It’s all part of the adventure, he said.

The doctor noted the benefits his paddling has had on his physical and mental health over the decades. Not only does he enjoy the physicality of paddling and portaging his canoe, he also enjoys the meditative aspects of being outdoors.

Since his retirement, Kark has been busy maintaining a fleet of seven canoes and exploring new waterways near his home and nationwide. He already has paddled more than 60 streams in North Carolina, with a goal of paddling in all 50 states.

As of now, he has just eight states to go.