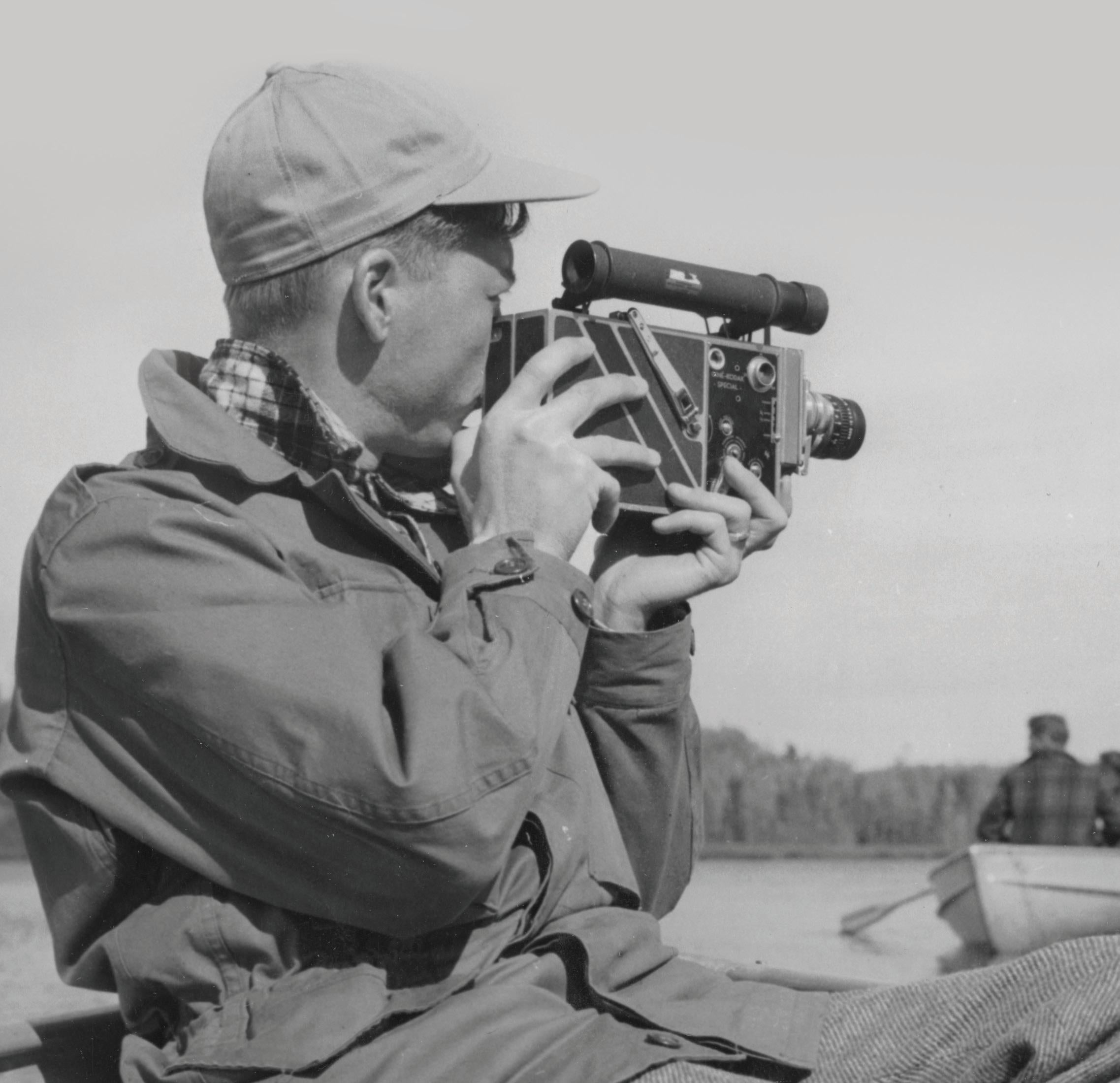 BACK IN THE DAY

WILL BUROS
Will Buros, a retired educator from Cazenovia, has been a lifelong hunting and fishing enthusiast. His essay on outdoor memories with his dad is shared just in time for Father’s Day.

Throughout my life, I have marked my time here on Earth by outdoor mileposts — the first time I caught a trout by myself, the first pheasant I shot on the wing, my first buck big enough to justify a shoulder mount.

But it was the day my father fell that I realized my time here is not only measured in first times, but also in last times.

It was my father, Walter Buros, who taught me to hunt and fish. He was fond of reminding me he’d sacrificed several good years of fishing while I was more interested in throwing rocks at fish than casting lures. Still, with his tutelage, I eventually got hooked.

There wasn’t anything I didn’t think he could do. He would brag how, in his younger days, he could jump over a four-strand barbed-wire fence without getting snagged.

Behind our house was a small woodlot filled with oak trees and gooseberry brambles. It was the perfect habitat for rabbits and squirrels, and it was the perfect training ground for my father to take his young son hunting.

We started with simple walking expeditions into the woods. Once, while he guided me and my younger cousin, Carl, through the woodlot, we stumbled upon the remains of an old soup bone left half buried, undoubtedly, from a neighborhood hound.

As my father turned it over in his big hands, he got serious and proclaimed we’d made an important discovery — we’d found a dinosaur bone.

Our eyes grew wider as he pointed out teeth marks where most likely, he said, a Tyrannosaurus rex had felled this Brontosaurus. As he motioned to the landscape and described how dinosaurs once had roamed this land, he was not only improving our observation skills, but also expanding our imaginations.

When I was old enough to carry a gun, he got me an old Stevens Crack Shot .22. Armed with that little gun, my father and I would stalk elusive small game in the back woods.

On one transformational hunt, I peeked inside the hollow log we’d often sit upon to rest and talk.

“Dad, there’s a rabbit in here!” I shouted with excitement. “Should I shoot it?”

“Go ahead!” he shouted back.

In hindsight, it wasn’t all that difficult or sporting to shoot a “rabbit in a barrel.” Still, with that simple pop, I became a hunter.

Through the 1970s and ’80s, my father and I were hunting and fishing partners. We made yearly trips to Minocqua to cast for muskies. Back then, a mere follow constituted a successful day on the water.

There was our annual trip to Waupun to hunt Horicon Marsh geese. Since we rarely saw geese on the Mississippi River near us, we would join the firing line of rentable blinds along the border of the marsh and sky blast at geese that vaulted overhead seeking safer cornfields beyond.

We lived in Vernon County, and when I was a young man there were very few local deer. So we drove an hour “up north” to the Cataract area near Fort McCoy to hunt. It was nothing to see 30 deer a day, though rarely would we see a buck.

In my late 20s and 30s, my dad and I began turkey hunting together. We were both simply amazed that in a mere handful of years we had watched the state’s wild turkey population surge from nothing to harvestable levels.

We used an old friction call my dad had bought in 1967, when he drew a tag to hunt turkeys in the Necedah National Wildlife Refuge during one of Wisconsin’s early failed attempts to reintroduce the birds.

As the years went by, the opportunities to hunt with my father started to wane. He was carrying a bit too much weight from a bit too many Friday night fish fries, and I found myself hunting alone or with my now grown cousin Carl.

One day, when my dad was in his late 60s, I suggested we go hunt rabbits in that little wood lot behind our old home. He was game and joined me as we went back to where he’d taught me to hunt all those years ago.

The woods, while still familiar, had changed a great deal. Old favorite oaks had fallen, and the landscape was becoming overrun with young maples. The hollow log where I had shot my first rabbit was gone.

As we pushed through the brush together, I saw more coyote tracks than rabbit tracks. I was surprised at how small the lot was — it had seemed much bigger when I was young.

Suddenly, I heard my father yell to me. I made my way and found him on his back in the tangle of a gooseberry bush.

Frightened, I yelled out, “Are you OK?”

I was relieved to hear him say yes and that he had just lost his footing. I kidded him about being like a turtle on its back and reached to help him up.

As I hefted him off the ground, I saw an expression on his face I will never forget. His mouth was pursed in serious contemplation, and his eyes were fighting back tears.

“I couldn’t get up,” he confessed. “If you weren’t here to help me, there’d have been no way I could have gotten to my feet. The days of jumping fences are behind me — my hunting days are over.”

I assured him that wasn’t true, and over the next handful of years I did find a few ways to accommodate him for hunting.

On one of our last deer hunting outings, Carl and I drove my father to a thick wooded Vernon County ridge. After I’d hiked out on an unsuccessful search for deer, I returned to see my father asleep in the car.

I rapped on the window and started to give him guff about nodding off. He pointed to the other side of the car. I walked around his old Buick, and there lay the last buck he ever shot. Dad died in 1998.

NEVER TOO LATE TO APPRECIATE

The older I get, I feel myself trying to hang on to the way things have “always been.” It’s the common urge to rage against change.

But when I reflect on all the lessons of the old woodlot — from when my father held that “dinosaur” bone to the day he fell — l realize there is always change. And sometimes that’s not a bad thing.

Perhaps it’s not change I rage against. My feelings may be my feeble attempt to relive all those days gone by. Change is as inevitable as the certainty of last hunts. Maybe I’m not as upset with the fact there will be last times as I am upset that it took me until now to truly appreciate all the times that came before.