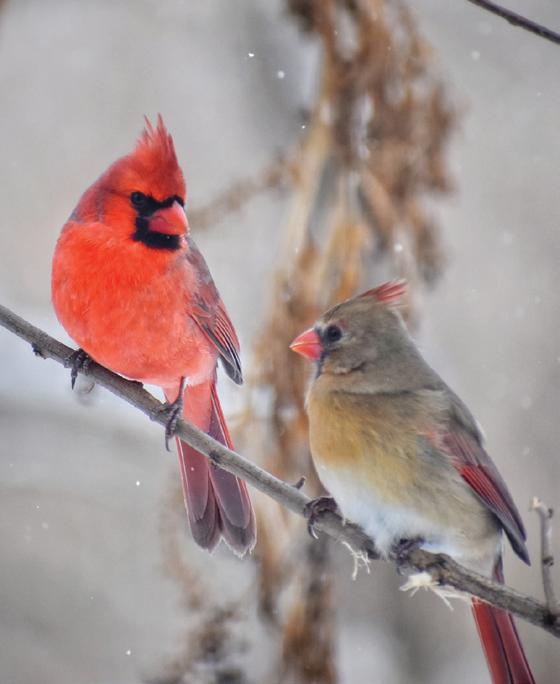 Campfire cooking can be way more than s’mores

KYLE CHEREK
Kyle Cherek is a culinary historian, food essayist and former host of the Emmy Award-winning TV show “Wisconsin Foodie” on PBS. He and his wife own Amuse Bouche Entertainment Productions and together create unique culinary events including presentations, cooking demonstrations and storytelling dinners.

When it comes to camping, there are generally two types of folks.

Some people jump at the opportunity to set up an amalgamation of geometry made out of nylon and polyester and collapsible poles, sleep in the unpredictable outdoors, cook over an open flame, endure bees, beetles, mosquitoes and many other manner of critter — all for the fun of it.

Others, meanwhile, consider camping a form of penance for earlier unknown wrongs. For them, the smell of wood smoke and wind through trees is best experienced from a deck, attached to a fully climate-controlled home.

Maybe I am drawing too sharp a contrast, but the divergence between those who consider a Wisconsin summer without camping a partially wasted summer and those who don’t is mighty, and real.

That said, among those in the procamping camp there are nuances. That may be especially true in the realm of culinary adventures in camping, about which I know a few things, for the camping set is full of variations.

I have known friends who plumbed the depths of true rustic outdoors cooking: a rock circle, a wood pile and all the heating and eating left to what could be foraged, fashioned and forked.

Then there are others who bring enough pans, stands and plans to make Julia Child’s well-appointed kitchen — now ensconced at the Smithsonian — seem like a half-hearted outfitting.

Most of us land somewhere near the rustic, but not without some of the advances of the modern age.

While winging it may be OK for some, packing for camp and its cooking is a crucial part of the whole endeavor for me and my wife. Between her insistence that we will not run out of, or need to run into town for, anything and my enthusiasm for a neat and well-packed car, cooler and cargo rack, our pack game is pretty solid.

MAKING THE MOST OF IT

Planning what you will cook in the open air is a balance between faith and risk: the substance of things hoped for vs. the reality of who knows what the weather will be like while you cook.

Would that a few campfire cast iron skillet meals would have been less gritty, courtesy of out-of-nowhere winds, if only we had packed a splatter guard or something of the sort to cover the skillet.

Packing for cooking outdoors is also a clever game of doing the most with the least. My wife relishes this sort of challenge and inevitably comes out with something delicious I could never have imagined made with a skillet, fish spatula and some kitchen twine.

Truth be told, I am somewhat new to camping. It was part of my childhood only in the way that trips to Disneyland and the opportunity to order whatever I wanted at Baskin-Robbins were — few and far between.

As with so many good things in my life, I came back into the camping fold when I fell in love with my wife, who embraced camping as a way to engage the natural world and relax. Our phones are turned off, we sing instead of listening to music, we honor the sun and its cycle.

She definitely falls on the side that considers it a partially wasted summer if we do not sleep in a tent perfumed by the combination of fresh air and wood smoke, our stomachs full from a meal cooked in cast iron over a campfire.

Thankfully, we don’t have to go far in our gorgeous state. Replete with dozens of state parks and forests in which to camp and explore and dozens more state trails to hike, we have an amazing variety of outdoor spaces to enjoy.

For my wife and me, the one essential of good camp cooking is cast iron.

You can have your tripods, your rotisseries, Dutch ovens, camp stoves or weenies on a stick cantilevered over a flame daring the fire gods to burn them with every sizzle and spit. But for us, the balance of ease and attention cast iron gives is surely the way to go.

There is something elemental, pioneering and present about cast iron. It takes a bit to heat up, but that is one of the reasons we are so drawn to it for camp cooking, a study in planning and patience.

Anyone can do one-skillet enchiladas, but can you pull off a peach cobbler or a cast iron crispy-edged pizza? You get the idea.

Also, we cook with fire — the real thing, hot and honest and the way humankind first started cooking.

Foodies familiar with the Netflix series “Chef’s Table” will certainly remember the episode featuring legendary Argentine chef Francis Mallmann. From the show’s first season in 2015, it is a must-see for real background in cooking over an open fire.

Let’s put it this way: In Greek mythology, Prometheus may have brought fire to Earth, but Mallmann taught us how to cook with it with eclat.

WARMTH IN THE WOODS

One of the beautiful things about cooking over or alongside an open fire while camping is the wood — or better, the alchemy of the wood turning to flame and heat. There’s poetry to it.

One of my favorite writers, and one of my favorite people, was my late friend Josh Ozersky. In the introduction to a book on BBQ cookery, Ozersky paraphrased something that architect Buckminster Fuller once told a boy who asked why wood burned.

Fuller explained that through the tree’s leaves, the sun’s light had been trapped in the very trunk and limbs of the tree. The fire, he said, was “the sunlight unwinding from the log.”

If that subtle poetry applied to a campfire isn’t a compelling enough argument for why we camp, I don’t know a better one.

We put up with dirt in our shoes, eschew showers for fresh air and sunshine, and gather together around a shared source of heat, light and a delicious meal — all as the Earth’s rhythm dictates our day.

• Get a medium-high fire going, with flames licking the grill grate from time to time. Let it burn until you’ve got glowing, ash-covered coals and embers, then shovel a bed of embers off to one side. Position the skillet lid over the flames to heat, handle up.

• Put the skillet on the grate. Add butter and melt, then stir in the onions and a pinch of sugar. Keep stirring until the onions are caramelized.

• Keeping an eye on the onions, toss together the tomatoes, olives, thyme, olive oil, vinegar, salt and pepper. Stir it all into the skillet with the nowcaramelized onions.

• Re-rake the hot coals from the embers to form an even bed at the side of the fire pit, making sure to keep some coals out of the bed to use for continued heating of the lid.

• Carefully arrange the pie crust on top of the tarte mixture, tucking the edges into the sides of the skillet. Cut several vents in the pastry lid so steam can escape. Put the skillet directly on the bed of coals.

• Cover the skillet with the hot lid and heap red coals on top. It is key that the coals on the lid remain blazing hot during baking; should they cease to glow, heap on fresh red ones. This bake takes about 20 minutes to achieve a crispy, golden crust.

• After about 20 minutes, pull the covered skillet from under the coals, place on the grate and carefully remove the lid. Continue to heat until the juices bubble up through the vents in the crust and look thick, like jam.

• Let cool 5 to 10 minutes in the skillet before slicing into wedges and serving.