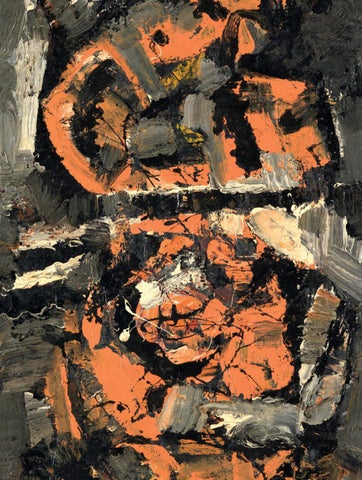 All Works are for Sale

Frank Avray Wilson’s development as an artist could not be better explained as in the opening lines of his own publication Art as Revelation: The Role of Art in Human Existence (Centaur Press, 1981). Here he states that he has always sought for the relevance of the arts in Nature and in the human existence. Avray Wilson continues to explain that his search particularly deals with an experience that is derived from communion with beauty and harmonious order through all the arts and in the wonders of the natural world. Avray Wilson identified that the particular significance of that experience lies in the fact that whereas other levels of enjoyment in the arts can be accounted for by accepted beliefs, the ‘high’ or ‘peak’ experiences defy explanation because of the intensity and total otherness from ordinary human experience. Avray Wilson spent his childhood on the exotic island of Mauritius where he marvelled at the natural beauty of the island’s fauna, flora and crystalline minerals. As a child, Avray Wilson was regularly taken on trips to Africa and to Europe. As time came to make a decision about his future as a young adult, Avray Wilson enrolled at Cambridge University to study biology. Here, in 1935, Avray Wilson first experienced the fundamental vitality of a painted image whilst drawing some cells seen from a microscope and started to adopt concepts in physics to view reality. As such he concluded that human art could not have arisen without a long evolutionary antecedent and that human aesthetic sensitivities are nature-related. In his books and his paintings, Avray Wilson tried to demonstrate how the process of humanisation is intrinsically tied to the aesthetic sensitivity. It was his deep belief that people cannot properly be human unless artistic activity is manifest, and the measure of de-humanisation in any society, in any age, can be fairly accurately measured by the level of aesthetic sensitivity. According to Avray Wilson, the great social value of art is that even as a minority preoccupation it has a radiative influence, and there is no doubt that if even a few people truly accept the relevance of art and put it into practice, the present insensitive and increasingly inhuman can be reversed and the long work of healing and recovery can begin.

Having experienced the holistic powers of art as a student at Cambridge University, Avray Wilson decided to pursue a career as a painter. By the early 1950s Avray Wilson was painting abstract gestural canvasses which positioned him as Britain’s only real Abstract Expressionist. Furthermore, Avray Wilson’s action painting was sourced in the interdisciplinary research of biology-physics-aesthetics, making his descriptions of his paintings in terms of ‘Floralised’, ‘Surreality’, ‘Hyper-Vitalism’, ‘Crystalline’, ‘Field’ and ‘Function’ hard to understand at first. Yet, Avray Wilson’s inner strength, skill for survival and multi-cultural background earned him a loyal following. In 1954, Obelisk Gallery hosted Avray Wilson’s first one-man show in London; one-man shows in Europe’s capital cities of Paris and Brussels followed. In London, Frank Avray Wilson was promoted by the Redfern Gallery who organised four one-man shows prior to 1962. The traumatic experience of losing his eldest son, in 1967, largely halted Avray Wilson’s painting activity. As a consequence, any present display of Avray Wilson’s works acts as a pristine capsule frozen in time and invites the viewer to engage in a dialogue with a past interval that represents an important art-historical contribution to Modern British Painting. An Jo FERMON, October 2018

Frank Avray Wilson at work, with Maelstrom cat. 11 (unfinished) in the background, London, 1954

Born on 5th May in Vacoas on the island of Mauritius. During a trip to France, introduced to the painting of Cézanne, the Impressionists and the Post-Impressionists. Studied Biology at St. John’s College, Cambridge University. Marriage to Ivy Else Eckbo in Mauritius. Finished degree at Cambridge University. Spent war years in Mauritius. Returned to Europe. Using his 1940s technique to create hyper-vital images, to reflect the metaphysical level in Nature, in order to express symbolism that refers to a level of reality beyond reason and intellect. Realised that the move into the abstract was necessary for humans to become aware of ‘Surreality’, the highest point of evolution of the Creation far removed from the world of common appearances. Met Denis Bowen (1921-2006) of the Free Painters Group. Together with Denis Bowen and Halima Nalecz, founded the New Vision Centre Gallery, Marble Arch, London, a showcase for radical artistic expression. Studio at 6 Pembroke Studios, London W8. Lectured on art at Oxford University Arts Society (Ashmolean Museum, Oxford) and for the British Council in London. Acquired a cottage as a studio and living accommodation in Box village, near Minchinhampton, Gloucestershire. Lived and painted in the countryside and London. Shown on Monitor, the BBC arts programme. Showed his films Art in an Atomic Age, Adventure in Abstract and Experiments in Abstract to full audiences at the ICA. Moved to Jaynes Court in Bisley, Gloucestershire. Publication of Art as Understanding (Routledge &amp; Kegan Paul). Lectured at Society of Aesthetics, London. BBC Horizon Team films Avray Wilson in his octagonal ‘cockpit studio’ at Jaynes Court, Bisley. Eldest son, Austin Raymond died of leukaemia, aged twenty-eight. Traumatised, Avray Wilson withdrew from the art market for two decades. Publication of Alchemy as a Way of Life (C.W. Daniel Co.) and of Nature Regained (Branden Press). Publication of Crystal and Cosmos (Coventure). Acquired 38 Royal Avenue, London SW3. Publication of Art as Revelation (Centaur Press). Publication of The Work of the Creation (Coventure). Moved to Rivermead Court, London SW6. Publication of Seeing is Believing (The Book Guild). Passed away on 1st January.

ÂŠ2018 An Jo Fermon Published by Whitford Fine Art, London, UK All artwork ÂŠ2018 Estate of Frank Avray Wilson All rights reserved under international copyright conventions. No part of this publication may be reproduced or utilised in any form or by any means, electronic or mechanical, including photocopying, recording, or any information storage and retrieval system, without permission in writing from the publisher. Exhibition coordination: Gabriel Toso, Whitford Fine Art, London Photography: Mario Bettella, London Design and Production: Artmedia Press Ltd, London Printed and bound in UK ISBN 978-1-9996593-1-8

'Frank Avray Wilson was one of the first British abstract expressionist painters' - The Independent While the art world is rediscovering the magnitude and relevance of American Abstract Expressionism, Whitford Fine Art brings the focus back to the UK with a second major solo show dedicated to previously unseen early works by Frank Avray Wilson (1914 – 2009). Born in Mauritius, Frank Avray Wilson was a leading force of British Abstraction. During the 1950s and early 1960s Avray Wilson enjoyed a celebrated status alongside Riopelle and Soulages, with no less than twelve one-man shows held at prestigious galleries in London, Paris, Brussels. Since, his art has been firmly inscribed in Art History as ‘Tachist’, the European form of Action painting. Thus, Whitford Fine Art, ‘one of the 10 galleries to go to buy art’, according to The London Magazine, presents once again one of the most significant and creative one-man show in terms of British Abstract Expressionism in the capital.