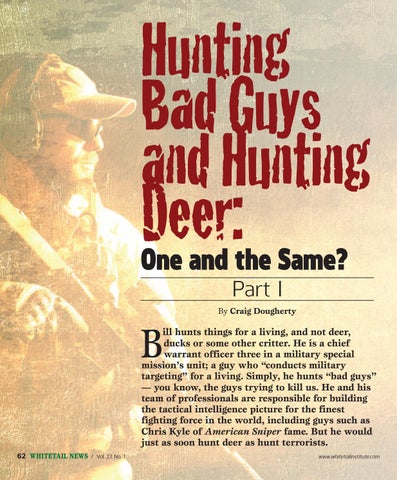 One and the Same? Part I By Craig Dougherty

ill hunts things for a living, and not deer, ducks or some other critter. He is a chief warrant officer three in a military special mission’s unit; a guy who “conducts military targeting” for a living. Simply, he hunts “bad guys” — you know, the guys trying to kill us. He and his team of professionals are responsible for building the tactical intelligence picture for the finest fighting force in the world, including guys such as Chris Kyle of American Sniper fame. But he would just as soon hunt deer as hunt terrorists. 62 WHITETAIL NEWS