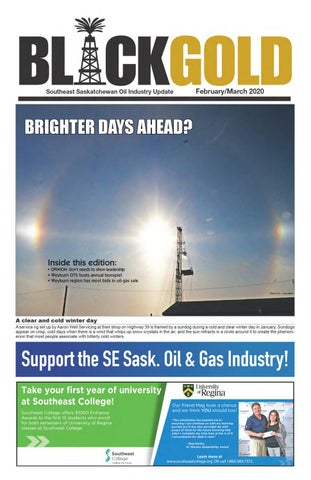 eeing the protests in support of the Wet’suwet’en hereditary chiefs opposed to the Coastal GasLink pipeline, you might think the country is hopelessly polarized over energy and environment. Canadians’ views on oil and gas development, pipelines, Indigenous rights and climate action seem ever-more divergent. So do those of energy and environmental leaders. But just how divided are they? Are they polarized into incommensurable positions? Or are they fragmented in ways that may be open to change and compromise? The University of Ottawa’s Positive Energy program set out to answer these questions last fall with two surveys: one of the Canadian public led by professors Stephen Bird (Clarkson University) and Erick Lachapelle (Université de Montréal) and the other of energy and environmental leaders, undertaken with Nanos Research. The upshot? Divisions exist, but Canadians and energy/environment leaders aren’t necessarily polarized. To carefully analyze divisions in opinion, the research distinguishes between opinions that are in agreement, those that are fragmented and those that are polarized. What’s the difference? Imagine a question asking people the extent to which they agree or disagree with a statement, say, ‘The economic benefits of building new pipelines in Canada outweigh the risks from potential spills, tanker traffic and climate change.’ (Spoiler alert: we asked this question.) When opinions are in agreement, peoples’ views cluster together — they respond in a similar way, with a solid majority agreeing (or disagreeing) that the benefits outweigh risks. In contrast, when opinions are fragmented, views don’t cluster for or against the statement. They tend toward an even distribution across the two categories. When opinions are polarized, meanwhile, views are concentrated at either end of the agree/ disagree spectrum. People don’t just agree or disagree, they do so strongly. Why do these distinctions matter? Polarized opinions are difficult for democratic political systems to deal with. People are hardened into incommensurable views. Where these become aligned with identity markers like region, age or partisan affiliation, finding common ground can be difficult. Policymaking can become contentious, uncertain and prone to wild swings when power shifts from one party to another. Fragmented opinions, in contrast, are more amenable to political decision-making. Peoples’ views aren’t crystallized. They may be more open to change and compromise. Opinions tending toward agreement are likewise easier for political systems to manage — views are pulling in a similar direction. The main takeaway? Canadians’ opinions are divided, but not all of them count as polarized. In fact, an interesting story emerges as you look at the opinions at the national level. None of the topics — carbon taxes, pipeline benefits/risks, pipeline compatibility with emissions reductions, fossil fuel compatibility with climate commitments, nuclear energy and Indigenous consent— showed polarized views. Interestingly, opinions even tended toward agreement on fossil fuel development being compatible with Canada’s climate commitments. This is a much more hopeful picture than the one often seen in mainstream and social media of deep divisions between Canadians.

he federal government needs to show leadership for once in their administation and end the blockades of the railways, and that action needs to come soon. Canada’s economy has been held hostage for the past two weeks that began over the objections of the Wet’suwet’en First Nation having Coastal GasLink build their natural gas pipeline through their lands in northern B.C. After members of that First Nation set up a blockade of gas company workers, blockades and other protests began appearing in support of them across Canada, including a Mohawkled blockade near Belleville, Ont. The result has been the halting of train traffic, mainly on CN Rail lines, and this in turn has had a major impact on many businesses and families across Canada, far beyond the scope of the natural gas pipeline project in northern B.C. Many groups and protesters have taken on this issue without even knowing what they’re protesting against, and the unfairness of First Nations people exploding the issue by claiming things like “Reconciliation is dead” is only making the entire situation worse. The protests are only a continuation of the attitude

of hostility that has been shown towards the oil and gas industry as a whole in the past few years, resulting in a depressed economy and an industry that is struggling because they cannot get their product to market other than the United States. After a week and a half of this hurtful blockade action, the Trudeau cabinet met on Monday to talk about the situation, and afterwards, the prime minister said they want a quick and peaceful solution to the blockades, and he pleaded for patience. The Liberals’ inaction so far has not been helpful, and it certainly is not quick as the situation goes into its second week. As for patience, how much patience can the economy take, with hundreds of millions of dollars of products sitting on idle trains, including propane and crude oil, which need to be moved? An Indigenous leader pointed out on Tuesday at a news conference that this blockade is hurting both the economy country-wide, but it’s also hurting Indigenous communities, and it’s being perpetuated by Indigenous protesters who claim to be fighting for their rights. It’s time the interest and rights of all Canadians were respected.