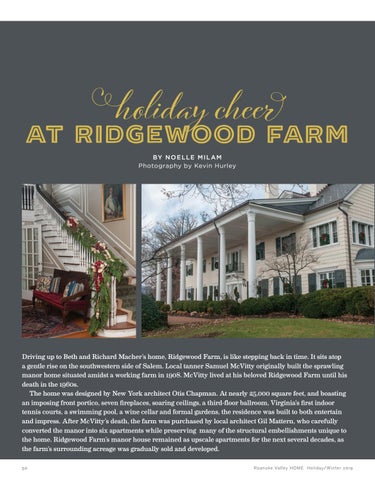 Driving up to Beth and Richard Macher’s home, Ridgewood Farm, is like stepping back in time. It sits atop a gentle rise on the southwestern side of Salem. Local tanner Samuel McVitty originally built the sprawling manor home situated amidst a working farm in 1908. McVitty lived at his beloved Ridgewood Farm until his death in the 1960s. The home was designed by New York architect Otis Chapman. At nearly 25,000 square feet, and boasting an imposing front portico, seven fireplaces, soaring ceilings, a third-floor ballroom, Virginia’s first indoor tennis courts, a swimming pool, a wine cellar and formal gardens, the residence was built to both entertain and impress. After McVitty’s death, the farm was purchased by local architect Gil Mattern, who carefully converted the manor into six apartments while preserving many of the structural embellishments unique to the home. Ridgewood Farm’s manor house remained as upscale apartments for the next several decades, as the farm’s surrounding acreage was gradually sold and developed. 5 0 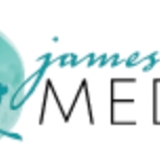