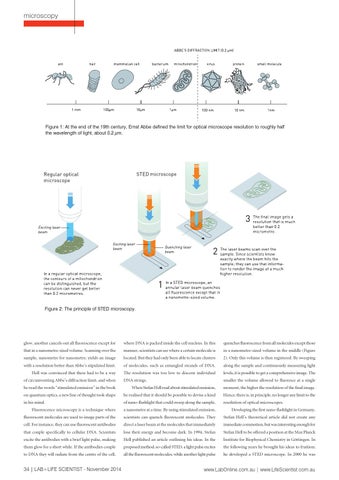 Figure 1: At the end of the 19th century, Ernst Abbe defined the limit for optical microscope resolution to roughly half the wavelength of light, about 0.2 µm.

Figure 2: The principle of STED microscopy.

glow, another cancels out all fluorescence except for

where DNA is packed inside the cell nucleus. In this

quenches fluorescence from all molecules except those

that in a nanometre-sized volume. Scanning over the

manner, scientists can see where a certain molecule is

in a nanometre-sized volume in the middle (Figure

located. But they had only been able to locate clusters

2). Only this volume is then registered. By sweeping

with a resolution better than Abbe’s stipulated limit.

of molecules, such as entangled strands of DNA.

along the sample and continuously measuring light

Hell was convinced that there had to be a way

The resolution was too low to discern individual

levels, it is possible to get a comprehensive image. The

smaller the volume allowed to fluoresce at a single

of circumventing Abbe’s diffraction limit, and when he read the words “stimulated emission” in the book

moment, the higher the resolution of the final image.

on quantum optics, a new line of thought took shape

he realised that it should be possible to devise a kind

Hence, there is, in principle, no longer any limit to the

of nano-flashlight that could sweep along the sample,

Fluorescence microscopy is a technique where

a nanometre at a time. By using stimulated emission,

Developing the first nano-flashlight in Germany,

fluorescent molecules are used to image parts of the

scientists can quench fluorescent molecules. They

Stefan Hell’s theoretical article did not create any

cell. For instance, they can use fluorescent antibodies

direct a laser beam at the molecules that immediately

immediate commotion, but was interesting enough for

lose their energy and become dark. In 1994, Stefan

Stefan Hell to be offered a position at the Max Planck

excite the antibodies with a brief light pulse, making

Hell published an article outlining his ideas. In the

Institute for Biophysical Chemistry in Göttingen. In

them glow for a short while. If the antibodies couple

the following years he brought his ideas to fruition;

to DNA they will radiate from the centre of the cell,

all the fluorescent molecules, while another light pulse

he developed a STED microscope. In 2000 he was