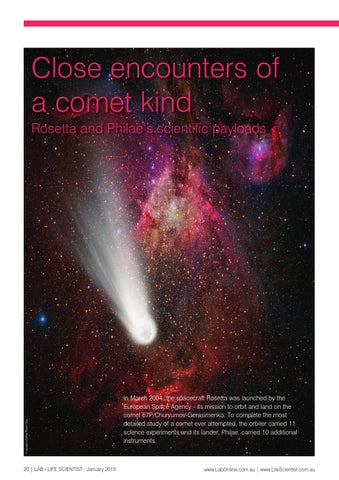 Close encounters of a comet kind

In March 2004, the spacecraft Rosetta was launched by the European Space Agency - its mission to orbit and land on the comet 67P/Churyumov-Gerasimenko. To complete the most detailed study of a comet ever attempted, the orbiter carried 11 science experiments and its lander, Philae, carried 10 additional instruments.