Nonalignment and Tito in Africa 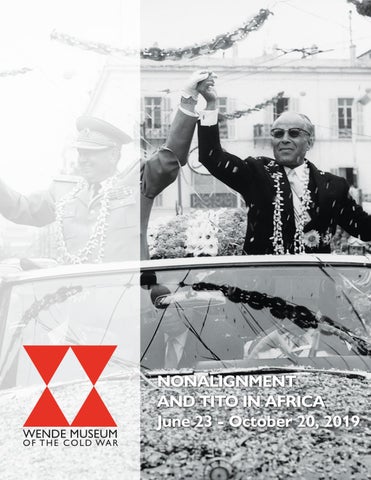 GENERAL INTRODUCTION The Cold War is commonly viewed as a geopolitical struggle between the Soviet Union and the United States, and an ideological clash between their divergent socialist and capitalist models of economic and political development. Yet what gets effaced in this narrative are the hundreds of millions of people from Africa, Asia, Latin America, Europe, the United States, and elsewhere who refused to accept this bipolar division of the world. The Nonaligned Movement (NAM, 1961–present) was part of this world project. Rather than position themselves on either side of the U.S.-Soviet divide, the governments and political parties that came to encompass NAM pushed for nonalignment and peaceful co-existence. These principles entailed a shift away from international relations based on power politics and national interests to relations based on morality and world peace. NAM’s objective was the creation of a global anti-imperialist social movement and peaceful world order grounded in a commitment to justice, opposition to colonialism and empire, the redistribution of world resources, and shared acknowledgement of all people’s contributions to the heritage of culture, knowledge, and science. One of NAM’s trailblazers was the government of Yugoslavia and its leader, Josip Broz Tito (1892–1980). Born in Croatia, Tito had been a trade unionist, Red Army soldier, and Communist Party member, fighting against German Nazis and Italian fascists during World War II, before taking the helm of Yugoslavia’s government. After halting its alliance with the Soviets in 1948 and ultimately defying Soviet hegemony to launch its own program of socialist development, Yugoslavia over subsequent decades contributed to the freedom dreams of anticolonial, anti-imperialist governments, national movements, and leftist parties worldwide. Yugoslavia was a founding member of NAM and hosted one of its initial conferences in Belgrade in 1961. As Yugoslavia and Tito’s aura grew, the country increased its ties and influence in the anticolonial world. A key region that it prioritized was the continent of Africa. Throughout the 1950s to 1970s, Yugoslavia established close relations with several African countries. Via economic packages, military aid, technical support, and cultural and academic exchanges, it helped build factories, power plants, ports, hospitals, and research facilities in numerous African countries. In return, Yugoslavia gained access to African raw materials and new markets to trade its surplus consumer products. Furthermore, through official state visits, Tito and other state officials were able to express support for African independence, selfdetermination, and African countries’ efforts to carve out national futures not tethered by the neocolonial grip of Europe, the U.S., or any other power. “Millions of ordinary people have entered the stage of history,” Tito proclaimed to Ghana’s parliament. “They will not allow a handful of irresponsible belligerent people to gamble with their destiny.” The image of Yugoslav-African solidarity was constructed and circulated via African news editorials and carefully staged photographs of Yugoslav delegation visits to African countries. In these images, ceremonial handshakes, the signing 1

of contracts, exchanges of diplomatic gifts, award ceremonies, parades, receptions, traditional dance performances, and delegate tours of different sites were framed as evidence of the ties linking Yugoslavia to Africa. Yet these proclamations and staged spectacles of “friendship” and “solidarity” could not avoid contradiction. Often at the center of the image were Tito and other state leaders, which reinforced the problematic deification of these political figures and the perception that the actions of a few exceptional “big men,” rather than mass movements, were shaping change and new postwar realities. In addition, some photographs reinforce ideas of African dependency and colonial stereotypes of Africa, depicting a one-way exchange between Yugoslavia and Africa, although not seen here are the visits made by African heads of state, students, artists, and writers to Belgrade. The ambivalent nature of these representations reveals the still-relevant challenges of both framing and enacting solidarity amid uneven power relations, as well as the inconsistencies within claims and representations of unity and international partnership. This exhibition was originally curated by Ana Sladojević and Mirjana Slavković, based on research by Radina Vučetić, Ana Sladojević, Paul Betts, and Radovan Cukić. It has been on view in a slightly different constellation at the Museum of Yugoslavia in Belgrade, Serbia, and the Pitt Rivers Museum in Oxford, Great Britain. Consulting curator for the Wende Museum: Robeson Taj Frazier. Exhibition design: Joes Segal and Anna Rose Canzano. Curatorial support: Abigail Beck. The Wende Museum thanks the Museum of Yugoslavia, its director Neda Knežević, and its curator Radovan Cukić for their generous support. The exhibition has been made possible by a grant from the British Arts and Humanities Research Council.

3 A parade of social organizations in Accra, held in honor of President Tito, 1961, Ghana, Museum of Yugoslavia, Belgrade

From a parade held in honor of President Tito in the Kindia Region, 1961, Guinea, Museum of Yugoslavia, Belgrade

Book detailing Titoâ&amp;#x20AC;&amp;#x2122;s travels in Asia and Africa, published by Kultur Beograd. President Tito and Emperor Haile Selassie at the site of the historical Battle of Adwa (1896), 1955, Ethiopia , Museum of Yugoslavia, Belgrade

This article on Tito is Part I of a collection of articles that formed the basis of an authorized biography of Tito written by Vladimir Dedijer.

13 14 President Tito with his wife, Jovanka, in the camp at Lake Ndutu, 1970, Tanzania, Museum of Yugoslavia, Belgrade

Josip Broz Tito with his wife, Jovanka, on a ship in front of the temple in Abu Simbel, 1962, Egypt, Museum of Yugoslavia, Belgrade

The official welcome for President Tito at the Bamako airport, 1961, Mali, Museum of Yugoslavia, Belgrade

Presidents Tito and Bourguiba on the way from the harbor to the presidential residence, 1961, Tunisia, Museum of Yugoslavia, Belgrade

Presidents Tito and Kaunda at a rally in the workersâ&amp;#x20AC;&amp;#x2122; village at the building site of Kafue Gorge Hydroelectric Power Plant, 1970, Zambia, Museum of Yugoslavia, Belgrade

Nonalignment and Tito in Africa

Look beyond the binary framework of the U.S./Soviet Cold War at the Nonaligned Movement (NAM), which pushed for peaceful coexistence and justice for all the world’s peoples. Nonalignment and Tito in Africa presents photographs from the 1950s through 1970s of state visits to various African nations by Josip Broz Tito, the Yugoslav leader who was a founding member of NAM and cultivated a reputation for transnational solidarity and hopes for a “third way” beyond U.S.-style capitalism and Soviet-style communism. Yet these carefully staged photographs of meetings of heads of state reveal the still-relevant challenges of both framing and enacting solidarity amid uneven power relations. 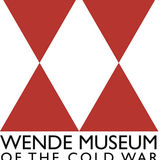