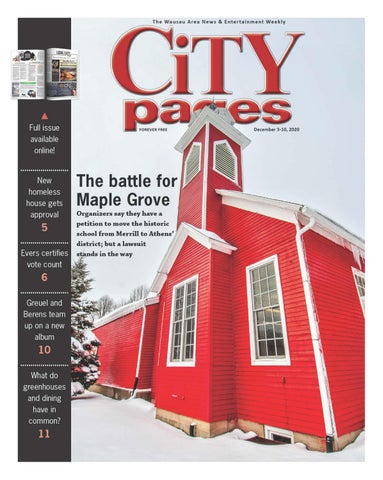 The battle for Maple Grove

Organizers say they have a petition to move the historic school from Merrill to Athens’ district; but a lawsuit stands in the way Inside Maple Grove Elementary School, things might appear almost normal. Children make arts and crafts, learn math and reading, and play games within chalk outlines of their own making. Since this fall, they’re wearing masks while they perform those activities, but otherwise not much would seem amiss. But outside Maple Grove, a battle is being wagered. The school, which dates back to a time when horses and buggies were the primary mode of transportation, is now a charter school within the Merrill Area Public School District. Students engage in project-based learning, and the forest-enclosed school allows for lessons around tapping maple syrup and learning how gardens work. Recess or gym class might involve wooded snowshoe walks. A little fresh air at recess involves some truly fresh air, tucked away in the woods. Chicken coops provide for some lessons about local food. School officials, meaning principals and staff as well as a parent-run governance board, received notice in January saying the school was in default of its contract as a charter school. That came as the district discussed plans to potentially close Maple Grove, integrating its students into other elementary schools. That didn’t go over well. School board meetings were flooded with parents saying how much they loved the school, how some had moved near the school specifically so their children could attend. Some even drove great distances so their children could attend the rural little red school house. Attorneys were hired, lawsuits were filed, and in June a Marathon County judge blocked the school district from closing the school. Meanwhile, talks have been ongoing for much of the year to move Maple Grove into the Athens School District. The move is a step closer to being official. Peter Wade, an attorney and President of the Maple Grove Foundation, says supporters have gathered enough signatures for a petition that would force the school district to relinquish control of Maple Grove to the Athens School District. The statute requires 50% of the district’s property value and 50% of land owners in the boundaries, and the petitioners have well more than enough, Wade told City Pages. But meanwhile, the school district filed for an appeal to the June decision. That decision is still pending in the state’s appeals court.

Grove, saying the school was in default of its charter school contract for not meeting obligations laid out in its contract. According to the school district, the school wasn’t meeting its enrollment expectations and wasn’t meeting test score requirements either. But the Maple Grove Governance Board sued the school district in February, seeking an injunction to block the district from closing the school. In June, a judge agreed, saying the district hadn’t proven its case. The contract through 2021 would stand and the injunction would be upheld against the district, preventing it from closing the school. The district appealed. A filing made by the school district’s attorneys shed light on the matter. According to an argument filed by the district’s attorneys on Oct 26, Maple Grove under its contract was supposed to have reached “a maximum of 100 students” and instead had only typically had about 80-some students. That might not be a surprise considering most school districts have been losing students in recent years, including Wausau’s. But more interesting is student achievement. According to the district’s filing, Maple Grove failed several times to meet student achievement standards set by the district. For instance, the filing states, the school in 2017 had implemented a project-based learning model. Under that model, 100% of the students were supposed to have personalized learning plans. Districts attorneys say none of them were ever given those plans. District’s attorneys also argue that under its contract Maple Grove was supposed to have 80% of its students meet Measures of Student Progress Standards (MAPS) in testing. The school was unable to ever achieve that standard, the district argues. According to the filing, less than half met or exceeded national averages for student learning in reading and math, and many saw declines. Marathon County Judge Michael Moran didn’t agree with the district’s assessment at the circuit court level. Following a five-day bench trial, Judge Moran ruled that the charter school did have authority to sue under state statute, and that the district didn’t demonstrate that the school defaulted on its contract for three years of test scores. Moran also determined that the test scores were aspirations, not requirements. District attorneys in their appeals filing disagree with those characterizations. Moran ruled in favor of Maple Grove and issued an injunction from the district closing the school, leading the district to file an appeal almost immediately in June.

The response from the governance board’s attorneys says that the terms of the contract required that any violations of the contract, which they dispute, were required to be made clear to the school and its board, and that never happened. Instead, attorneys argue, a notification of contractual violation occurred because the school wanted to consolidate its building to save money. In its arguments, attorneys for the school’s governance board say it hasn’t defaulted on its contract, and that the injunction is to prevent the district itself from defaulting on the contract by closing the school. Enrollment numbers have not dropped since the five-year contract started in 2017, the argument reads, and they dismissed as mischaracterization descriptions of their teaching style.

Is the district right?

Although a response has not yet been filed in the case, parents of Maple Grove tend to disagree with that assessment. In Merrill School Board meetings about the potential closing of Maple Grove School, numerous parents stood and spoke in favor of the school and the education their children receive there.

Some drive long distances to attend. The school even has its own scholarship program. Angie Servi, now president of the Maple Grove School Governance Board and who has boys students enrolled at Maple Grove, says the statements made about the testing were taken out of context. Any time there are poor scores, Servi says, the district is able to make a plan for those students to get them back on track. The poor numbers mentioned in the lawsuit filings didn’t include spring numbers because they were closed for COVID-19, Servi says. “Basically they were saying we didn’t make enough progress as we were supposed to by the end of the year, but without those scores, they can’t really say we didn’t make that progress.” Maple Grove is back in session, and has been since fall. Not a single COVID-19 case has been attributed to the school since the return, Servi says. Parents like the school’s project-based 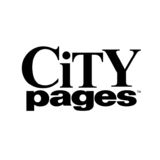