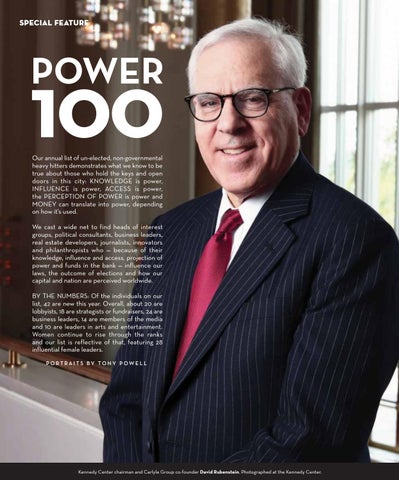 100 Our annual list of un-elected, non-governmental heavy hitters demonstrates what we know to be true about those who hold the keys and open doors in this city: KNOWLEDGE is power, INFLUENCE is power, ACCESS is power, the PERCEPTION OF POWER is power and MONEY can translate into power, depending on how it’s used.

We cast a wide net to find heads of interest groups, political consultants, business leaders, real estate developers, journalists, innovators and philanthropists who — because of their knowledge, influence and access, projection of power and funds in the bank — influence our laws, the outcome of elections and how our capital and nation are perceived worldwide. BY THE NUMBERS: Of the individuals on our list, 42 are new this year. Overall, about 20 are lobbyists, 18 are strategists or fundraisers, 24 are business leaders, 14 are members of the media and 10 are leaders in arts and entertainment. Women continue to rise through the ranks and our list is reflective of that, featuring 28 influential female leaders. PORTRAITS BY TONY POWELL 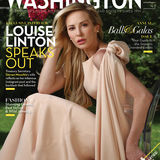