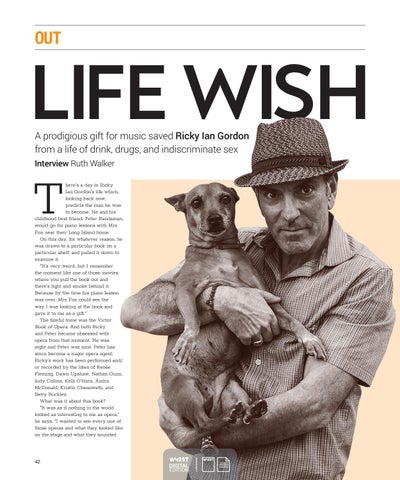 here’s a day in Ricky Ian Gordon’s life which, looking back now, predicts the man he was to become. He and his childhood best friend, Peter Randsman, would go for piano lessons with Mrs Fox near their Long Island home. On this day, for whatever reason, he was drawn to a particular book on a particular shelf, and pulled it down to examine it. “It’s very weird, but I remember the moment like one of those movies, where you pull the book out and there’s light and smoke behind it. Because by the time his piano lesson was over, Mrs Fox could see the way I was looking at the book and gave it to me as a gift.” The fateful tome was the Victor Book of Opera. And both Ricky and Peter became obsessed with opera from that moment. He was eight and Peter was nine. Peter has since become a major opera agent; Ricky’s work has been performed and/ or recorded by the likes of Renée Fleming, Dawn Upshaw, Nathan Gunn, Judy Collins, Kelli O’Hara, Audra McDonald, Kristin Chenoweth, and Betty Buckley. What was it about this book? “It was as if nothing in the world looked as interesting to me as opera,” he says. “I wanted to see every one of those operas and what they looked like on the stage and what they sounded

Boots made for rocking, gloves fit for a First Lady, celebrating the career of Anna Sui ... plus what's next for The Met Costume Institute, an in-home art gallery, and stylish pups! 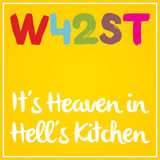