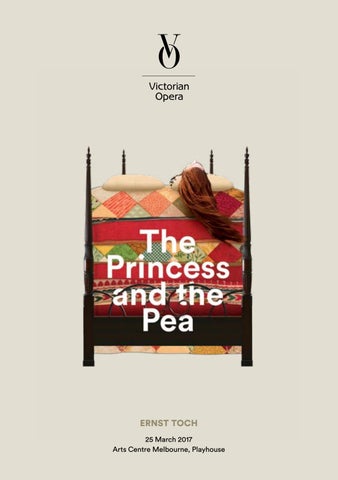 Welcome to Victorian Opera’s newest family production, The Princess and the Pea. This production takes the beloved fairy tale from the page to the stage, admittedly with a few changes along the way. We’ve traded our castle for a TV studio and the filming of a very unusual show!

The Princess and the Pea has been a joy and a challenge to direct and I must thank our cast of singers, musicians and creative team for their brilliant work. To the man waving the baton, Fabian Russell: thank you for your impeccable musical instincts. Our Developing Artists Candice MacAllister (Design) and Alastair Clark (Direction) have brought so much to this production. An imaginative designer, Candice’s set and costumes are bursting with colour and fun. Alastair is an intuitive young theatre maker and we are excited to see him direct our Youth Opera in October, The Second Hurricane. Thanks for tuning into P.TV. Enjoy the program!

Production The Princess and the Pea

Sung in German with English narration and scene descriptions

Acknowledgements Presented in partnership with Arts Centre Melbourne. Supported by Victorian Opera Education Syndicate. Our thanks to Melbourne Theatre Company and Show Works.

Synopsis The Princess and the Pea

Welcome to this week’s episode of Mythical Mysteries! Today we will explore an old-fashioned fairy tale, The Princess and the Pea. Today’s episode questions outward appearances. Can you tell where someone comes from, or who they are, based on the clothes they wear?

The Prince, besotted by the girl, falls head over heels in love. The Queen is unhappy that her son could fall in love with someone so low in status. She insists the so-called Princess leave to tidy herself up!

Scene 1 Let’s meet our ageing King, worried that his fussy son has rejected every suitable bride. Scene 2 Now the snobby Queen enters. The Queen thinks only a girl of the purest royal blood would be good enough for her son, the Prince. Everyone gets hysterical until they’re interrupted by a knock at the door. Scene 3 Who is knocking at the door? It’s our Princess of course. Unfortunately the actor hasn’t turned up so our TV Director’s assistant has to do it. The Princess is all in a mess because she has run away from her evil stepmother and got caught in a storm. The Queen, judging her by her appearance, doubts her story, but the Princess insists she is telling the truth.

Scene 5 The Queen wants more proof that the Princess is real. The “Nobles of the Court” come up with crazy suggestions. The Television Host, fearing the program will grind to a halt, steps into the program and starts an experiment that just might reveal the true identity of the girl with the scruffy clothes. Scene 6 The TV Host, now pretending to be part of the television episode, guides the Queen and Nobles to come up with a plan to make a beautiful bed with many mattresses and place a tiny pea at the bottom of the bed. If the girl is a Princess as she says, the pea will prove so uncomfortable she won’t be able to get to sleep.

Scene 7 They make the bed, then choose a pea. Scene 8 The exhausted Princess enters the bedroom to find the most beautiful bed she’s ever seen. Not realising she is being tested, she can’t understand why this perfect bed is so uncomfortable. She can’t get to sleep. The Princess shouts to all the Palace for assistance. Scene 9 The experiment was a huge success. The girl with the scruffy clothes is a Princess, after all! The Queen begs her forgiveness and the Prince asks her to be his wife. And what is the moral of our story? Don’t judge a book by its cover!

Learn about the cast! The Princess and the Pea

JERZY KOZLOWSKI Bass | The King I was about eight years old when I began singing in a church choir. My favourite fairy tale is Goldilocks and favourite song is Ol' Man River from Showboat. Being a low bass singer, I enjoy wallowing in the depths of this song.

JAMES EGGLESTONE Tenor | The Prince When I was four years old I began singing in the Sunday school church choir. My absolute favourite fairy tale is The Sleeping Beauty, and you may not expect this from an opera singer but my all-time favourite song is Rosanna by Toto! (ask your parents)

MICHAEL LAMPARD Baritone | TV Cameraman I started singing when I was seven years old. I was very lucky to have a teacher who encouraged me to follow my dream. The first show I was taken to was a local performance of Oliver! in Hobart. My aunt and grandfather were performing! I loved everything about it. 6

MICHAEL PETRUCCELLI Tenor | TV Director I began singing when I was 8 years old in the primary school choir, although my parents would say I sang from my cot! I would have to say my favourite fairy tale is Hansel and Gretel. Who wouldnâ&#x20AC;&#x2122;t love to eat their way through a gingerbread house!?

DIMITY SHEPHERD Mezzo Soprano | TV Host My mum says I always sang and used to wander around making up tunes. She also recalls me imitating the sounds from when I first heard opera at about 5. I think the first full opera I saw was Lucia di Lammermoor. I was in primary school and I liked it but I did fall asleep for a bit!

OLIVIA CRANWELL Soprano | The Princess I joined a school choir in primary school with all my friends and started singing lessons in year six. Now I get to sing as a part of my job! The first opera I saw was Cinderella by Rossini here at the Arts Centre. Years later I performed as an ugly stepsister in the same opera. 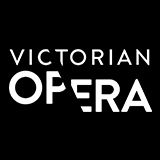 Victorian Opera 2017 - The Princess and the Pea Programme

Victorian Opera 2017 - The Princess and the Pea Programme