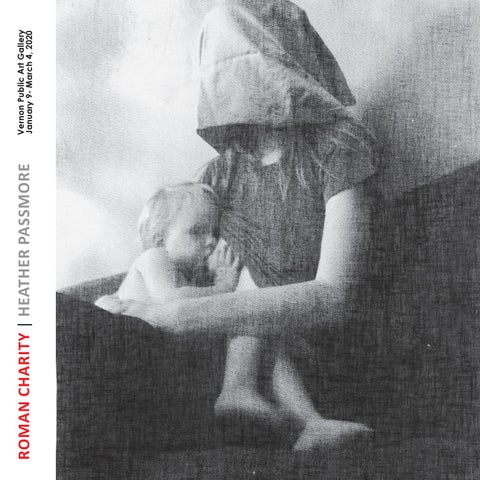 Roman charity Roman Charity refers to the ancient story of a Roman woman who secretly breast-fed her father who was sentenced to die of starvation in prison. The paintings in my Roman Charity project utilize casein paint I have created from natural pigments*, raw cow’s milk and expired breast milk that would otherwise be thrown away. In preparation for my project I acquired one gallon of outdated breast milk with which to make my own paint. I see milk paint as a medium that is uniquely reflexive towards the history of women’s care labour in the domestic sphere. Utilizing this material was important to me as it esteems the biological value of the milk, and the time intensive labour by which it is expressed. I aim to create aesthetically significant works in which repeating, overlapping forms hovers between pattern and disorder. I strive to affirm the capacity of motherhood and domestic labour to generate multifaceted meaning, grit, insight, and knowledge. Casein protein in all milk is a non-toxic substance that carries lime-proof pigments and permanently binds to rigid, porous surfaces. It is extremely durable, and one of the tests to identify milk paint is its immunity to paint thinner. Before the invention of chemical paints, milk paint was homemade as needed from curds of skimmed milk. Casein paint can be made in the kitchen and is a safe medium to use while simultaneously engaged in childcare. Prior to the casein frescoes of ancient Egypt, a 2015 University of Colorado study has revealed that milk paint was used 49,000 years ago. As this was before the domestication of animals, it possible that cave paintings may have been executed in breast milk paint. Indeed, complementary studies indicate that three-quarters of handprints in ancient cave art were left by women. My Milk Portraits series integrates silkscreen and milk paint to depict mothers who have covered their faces instead of their breasts while breastfeeding. The series includes three large self (effaced) portraits on fabric depicting the last time I nursed my daughter. The images are based on photographs that circulated on social media in protest to admonishment that mothers should cover up while nursing in public. Nursing covers remain the only instance in which western women veil themselves. Discomfort with breastfeeding may arise from the fraught nature of human milk as a substance that is both nourishing and abject, or an inability to view breasts outside the scope of sexual gratification. However, by exaggerating the disruption of mother and child feeding relation I intend to reveal an under-examined motive for discomfort with breastfeeding – that it is a powerful display of human interdependence. Although caring for others sustains life and culture, it is frequently trivialized or associated with shame. Second wave feminism has been criticized for a lamentable tendency to glorify the career woman and dismiss the ‘stay-at-home mom’ as a traitor to the cause. “Few tasks are more like the torture of Sisyphus than housework, with its endless repetition,” wrote Simone de Beauvoir in “The Second Sex”. In promoting the career woman as a means of emancipation, feminism inadvertently perpetuated the denigration of motherhood through the figure of the demoralized housewife. Yet, even without the work of caring for others, the rigorous interminability of domestic labour requires admirable reserves of perpetual self-direction, humility, care and forethought. House work alone, is a continual performance of bringing order out of chaos. In “Free Women Free Men” Camille Paglia bemoans the moral hollowness that sees children as “an obstruction to self-realization or as a management problem to be farmed out to working class nannies…The reward of being with one’s children in their formative years, instead of farming out that fleeting and irreplaceable experience to 2

day care centres or nannies, has an inherent emotional and perhaps spiritual value that has been lamentably ignored by second-wave feminism”. Indeed, pregnancy and motherhood raise all the biggest questions we know how to ask. Where do we come from? Why does anything exist? What is the relationship between mind and body? What is the relationship between self and other? It is said that pregnancy and motherhood is the entire history of philosophy and religion condensed into one. Despite the deep psychological significance of motherhood, anti-mom bias in professional spheres such as the art world remains part of a wider culture of ambivalence, denigration and devaluing of care labour. I believe that the affirmation of dignity and respect to domestic labour is possible outside the rhetoric of ‘left’ and ‘right’ which essentializes motherhood and distorts its work into a figure of total personal fulfillment or miserable drudgery. Without understating the real structural constraints of parenthood, I wish to highlight the cultural relevance and importance of this role in the development of my practice. I search to integrate “motherwork” into careful, meditative works which bear witness to its multifaceted meaning, grit, insight, and knowledge. Heather Passmore *A Note on Natural Pigments The visual effect of colours is dependent upon the physical characteristics of each pigment particle such as size, shape and translucency which reflect and absorb light in different ways. Natural pigments are composed of irregularly shaped particles of diverse size which maximize chromatic intensity and interest. Artificial pigments do not vary in size and their colour appears monotone and uniform as a result. Natural pigments also allow more light to pass through the paint film and reflect off the white grounds beneath.

artist statement My practice generally incorporates quotidian and discarded materials with painting, drawing and photography. I work intuitively, across a variety of media as needed. Many of my projects incorporate socio-historically laden materials which bear accumulations of labour and/or histories of taste. Over the past 15 years these have included such materials as outdated human breast milk, linoleum from demolished real estate, hand-notated sheet music, Enlightenment-era pornography, abandoned mattresses, left-wing t-shirts, yarn, rope, and art world form letters. Many of my projects reconfigure found objects with evidential historical value in a way which revises expected narratives. I am a founding member of Art Mamas, a Vancouver art collective composed of nine artist mothers with strong, diverse interdisciplinary practices. Our collective formed in 2015 in response to a practical need to counter the denigration of motherhood within professional spheres such as the art world. Without understating the real structural constraints of parenthood on our individual practices, the collective aims to highlight the cultural relevance and artistic contributions of mothers and take a positive view of the multifaceted meaning, grit, commitment, insight, and knowledge that this position generates in our work. 3

The artist wishes to acknowledge the support from the Canada Council for the Arts.

Sponsored in part by:

An info brochure of an exhibition held at the Vernon Public Art Gallery, January 9 - March 4, 2020 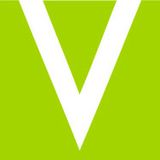