Richard Roth - Under the Influence 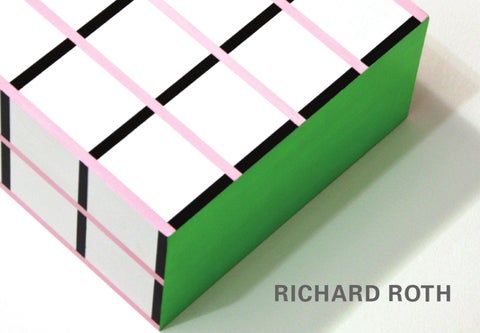 RICHARD ROTH Under the Influence New Paintings and Early Work

In 1969, just out of Cooper Union, Richard Roth began his major work as a painter. In 1993, after twenty-four years painting and exhibiting, his work became more conceptual – for twelve years his practice consisted solely of creating collections of contemporary material culture. He returned to painting in 2005 with a renewed and revitalized interest, informed by conceptualism and postmodern attitudes. This exhibition is a unique opportunity to examine Richard’s early work in relation to his recent painting; it is a bridge that jumps over his twelve-year conceptual project, connecting early and recent painting sensibilities. An exhibition of all three bodies of work is an exciting project for the future. Instead of the usual critic’s statement on the artist’s work, we decided to solicit responses from significant contemporary painters and art world aficionados familiar with Richard Roth’s practice. Each was invited to submit a short statement on Richard’s work. The responses were immediate and enthusiastic. Most statements were about Richard’s most recent work, the three-dimensional paintings, and some discussed his practice as a whole. All present unique insights and often delightful, quirky takes on Richard’s work. The statements are randomly dispersed throughout the catalogue, and placement does not correspond to nearby images. We are extremely pleased to present this exhibition which highlights the development of Richard’s inventive and conceptual approach to painting. Beverly Reynolds

Richard’s paintings are amazingly fresh and innovative. The play between the flat and the three-dimensional gives him a lot of ways to surprise a viewer. One never knows quite what to expect with these paintings, and the surprises are always funny. Richard is the master of what I call “contrachrome,” one hue (often red or yellow) with black and white. I would love to live with one of his paintings. I’m sure that Painter’s Block would solve all my problems. David Reed

Richard Roth’s work embodies a dandyish formalism. Each work is woven out of cultural and spatial games. Each work is a beautifully crafted object, yet craftsmanship is employed to create objects that are immaterial — purely speculative. Roth’s work evokes Fluxus’ sense of play, yet inflected with a dandy’s urbanity. Richard Roth’s work makes me think of the cool jazz of the 60s with its cerebral twists and turns, formed out of unexpected reinterpretations of the old standards. Peter Halley

The spare, hard-edged forms of Richard’s recent paintings may at first belie their humor and humanity. His precise geometry evokes the elegant remove and obdurate thingness of Donald Judd’s “specific objects”— boxes, stacks, and bull-noses meant to refer to nothing beyond themselves. But Richard bends the language of Minimalism to his own ends, subtly reconnecting it to the world at large. His work recalls Ellsworth I was introduced to Richard’s work by my Dutch

Kelly’s sourcing of everyday shapes for his reductive aesthetic, and Piet

showed me some of Richard’s early gouaches from the seventies. They were very delicately executed,

I like to think of Richard as a latter day Bauhaus or Constructivist artist:

and the modesty of size, precise execution and

committed to abstraction and believing in the promise of good design

clarity of color and shape resembled the boxes

and careful execution. His paintings underscore his egalitarian view

which were sent to the gallery some time later. This

that “intelligent sensitivity” can be found equally in the handmade

is what is the most striking to me; the boxes are

and mass produced, in high art and functional objects. In their vaguely

not the macho large size sculptures we know from

familiar patterns, tendency toward simplification, and suggestion of

the Minimalists. They are beautiful and attractive

small objects, somewhere in between painting,

art, craft, and popular culture. In this, they seem a cleverly belated and

than rational, despite their apparent geometry

formal beauty and the commonplace.

and clear concept. In all this, the work is very contemporary and young at heart.

There isn’t didacticism in Richard&#39;s work, the visual games seem just that — games. We are not being oppressed, we are being invited. The challenge isn’t in understanding graphic design or being wowed by optical effects, it is in engaging in our own experience and our own understanding of what it means to encounter a weird thing in space. Richard Aldrich

How absurd to talk of the end of abstraction, much less the end of painting! There are always corners to be turned, pathways that seem to stop, and then suddenly the vista opens wide up. Clear thinking combined with aesthetic restlessness combined with unrelenting skill combined with unswerving determination will end up producing surprising, necessary art. Richard Roth’s paintings make sense (and sensibility). They should be seen and studied by anyone who has the slightest doubt of painting’s continued viability and power. Richard Kalina

Richard Roth’s current works can be viewed metaphorically as compact gifts. These highly discrete works dialectically synthesize two prior groups of work, devoted first to Roth’s reinterpretations of early twentieth-century constructivist art and second his collections of such ephemera as commercial signs, bureaucratic documents, and news photographs. Roth’s recent paintings are constructivist in outlook, with great attention paid to their overall painted surfaces, including their four pronounced sides. Viewed as a group, they comprise collections of objects and also appear to encompass secretive contents within their box-like confines. Roth’s package

Roth’s works unfold and complicate the extreme and mean ratio

paintings thus deliver a wallop far bigger than their

size, since their prominent depth, thoughtfully

golden cut or medial section. He acquaints the aesthetic ideal with

transform painting into a volumetric container,

whose mysterious inside belies its meticulously

result in a vast and surprising range of invention that skillfully advances contemporary painting and sculptural form. Sometimes

wry, sometimes beholden, Roth’s work engages the malfunction of our

visual system while pushing up against the ethical principles of De Stijl.

Untitled from 1971: this very seventies ”titlewithout-a-title” doesn’t give us a clue. But, I think you will find clues in this painting to the dualities and sources that are more explicitly named in Richard Roth&#39;s more recent work. I remember Richard telling me (in 1976) that his paintings on glass were “shiny… like new cars,&quot; and influenced by reverse painting on glass as seen in shop windows. There was in this work an equal reverence for high art and the “ordinary”

I love that the new works don’t want to be paintings and don’t want to be sculptures. Something else is going on. I really don’t know what it is, but somehow the craft of them and the thickness feel so wrong that they are super interesting. These works are not embarrassed to exist; there is no apology to them. Joanne Greenbaum

that reverberates through the years in pieces like Fire Chief and Painter’s Block. Richard’s work has, within a language of formal constraint, championed an art of “both, and” rather than

In his work and life, Richard embraces all forms of human creativity and

inventiveness without hierarchies, but with curiosity, delight, and humor.

Richard Roth’s recent “paintings” and previously his constructs and collections are cunning artifacts that alter perception and create new narratives. What one may surmise is that his thinking about art is premised on the view that abstract art in particular can give metaphorical representation to his concerns for our relationship to power, authority, and self. This lies in its ability to be used to challenge those expectations and conventions,

which are associated with complacency. As such his

graduate student. His studio was across the hall from the silk-screen

work tends to be built on the primacy of experience,

room, where I worked a lot and where he occasionally made prints.

self-reflection and engagement. In this manner it

Of course, I liked his personality – he was wonderful, charming, funny

bridges our understanding of the differing agendas

even then. But the thing I remember was his painting. They were big

that form the numerous territories of everyday life.

monochromatic paintings that sat on the floor, and the image of that work really stuck with me, in a puzzling good way, need I say more.

Richard Roth&#39;s paintings are fantastically economical. These small works happily remind me of early Ellsworth Kelly, but in Roth&#39;s case it&#39;s as if the space/image of a Kelly was trapped in a shoebox, pushing outward at its edges, attempting to reveal its entire self in three dimensions. The space we witness is that moment where the flat image and the shape of the box have become one. Richard Roth’s box paintings are the perfect coming

together of image and object. Somewhere between sculpture and painting, they juxtapose high art and pop culture. They seem to embody everything from classic ‘art concret’ to contemporary design and

yet manage to remain both original and serious in

Jo Baer, and more recently Ann Pibal. His is an enterprise where signage

intent. With both a playful earnestness and a tongue

leads us deeper into physical space and also into psychical realms.

firmly in cheek, Roth finishes these pieces with crisp

But he also has no fear of sailing his schooner off the edge of Flatland;

proving the essentialists wrong, once again. His is an elegant and sophisticated mischief; may he misbehave forever!

Richard Roth has exhibited nationally and internationally. Exhibitions include Tomlinson Kong Contemporary and McKenzie Fine Art, both New York; Devening Projects + Editions, Chicago, IL; David Richard Contemporary, Santa Fe, NM; Galerie Rob de Vries, The Netherlands; Highland Institute of Contemporary Art, Scotland; Rocket Gallery, London; ParisCONCRET, France; The Suburban, Oak Park, IL; the Virginia Museum of Fine Arts and Reynolds Gallery, Richmond, VA; UCR/California Museum of Photography, Riverside, CA; the Museum of Modern Art, Saitama, Japan; Feigen, Inc., Chicago, IL; the Whitney Museum of American Art and Castelli Warehouse, both New York. He was the recipient of a Visual Artists Fellowship in Painting from the National Endowment for the Arts (1991), an Ohio Arts Council Individual Artists Fellowship, and a Virginia Museum of Fine Arts Fellowship in Painting. Richard received an MFA from the Tyler School of Art and a BFA from The Cooper Union. He is co-editor of the book Beauty is Nowhere: Ethical Issues in Art and Design, and co-author of Color Basics and Design Basics 3D. He has taught at The School of the Art Institute of Chicago; the University of California, Berkeley; New York University; and Ohio State University. He was the Director of Solvent Space, an experimental exhibition space in Richmond, Virginia from 2005â&amp;#x20AC;&amp;#x201C;2009, and is currently a professor in the Painting and Printmaking Department at Virginia Commonwealth University where he was Department Chair from 1999â&amp;#x20AC;&amp;#x201C;2008.

Richard Roth - Under the Influence 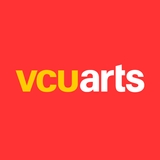