Fun At Bat At Home: Resources 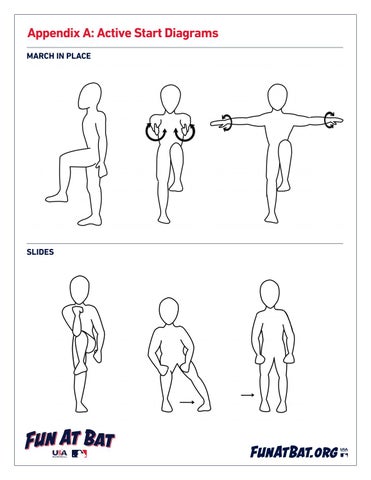 STAND ON ONE LEG

Catching • Extend arms outward to reach for the ball. • Thumbs in for catch above the waist. • Thumbs out for catch at or below the waist. • Watch the ball all the way into the hands. • Catch with hands only; no cradling against the body. • Pull the ball into the body as a catch is made. • Curl the body slightly around the ball.

Throwing (Overhand Pattern)* • Side to target in preparation for throwing action. • Arm back and extended, elbow at shoulder height or slightly above in preparation for action; lead with elbow of nonthrowing arm. • Step with opposite foot as throwing arm moves forward. • Rotate hip and spine as throwing action is executed. • Follow through toward target and across body. * According to SHAPE America’s Scope and Sequence for K–12 Physical Education overhand throwing is an emerging skill for Grades K–1. SHAPE America&#39;s Grade-Level Outcomes do not address overhand throwing until Grade 2.

*Striking with a long implement is a developmentally appropriate grade-level outcome for Grade 2. Kindergarten and Grade 1 outcomes indicate that students should be striking with a short-handled implement, such as a paddle.

Fun At Bat At Home: Resources 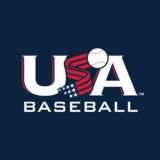