DEFENDING THE FIRST AMENDMENT SINCE 1911

Opinion: The free-market left America unprepared for a pandemic

Opinion: We must reframe the conversation about hydroxychloroquine

Bobcats: Where are they now?

Abbott to issue executive order to reopen restaurants, malls and movie theaters May 1 By Sierra Martin Senior News Reporter Gov. Greg Abbott held a press conference April 27 announcing a new executive order which outlines a twophase plan to reopen Texas businesses starting May 1. The executive order requiring all Texas non-essential businesses to close and enforcing a stay-at-home order will expire April 30. Not all businesses will open at the same time, but in phases consistent with CDC guidelines. Abbott reported that Phase one will begin on May 1, allowing retail stores, malls, restaurants, museums, libraries and movie theaters to open at 25% capacity. Churches can open and operate regularly with social distancing enforced, and sports limited to four people and practicing social distancing such as golf and tennis can be played. Abbott said phase two can only begin if there are two weeks of data showing the virus is contained. If Texas does not see an increase in COVID-19 related cases, death rate or high-infection areas, phase two can be put into place May 18. Phase two consists of expanding the

the state of Texas has been on a decline for the past 17 days, Abbott said. The number of people in Texas who have recovered from COVID-19 will soon exceed the number currently infected. As the economy is reopened, testing

Although businesses are beginning to reopen in Texas, state officials still recommend that people should still be self-distancing and wearing masks in public places. “Now more than ever Texans must

capabilities of phase one businesses and allowing more Texas businesses such as bars, salons and gyms to reopen. “We are not just going to open up and hope for the best, instead we will put measures in place that will help businesses open while also containing the virus and keeping Texans safe,” Abbott said. Additionally, the counties with five or fewer cases of COVID-19 can operate businesses with a 50% capacity starting May 1, which consists of almost half of the counties in Texas. Abbott affirmed that the most important element of phase one is protecting vulnerable Texans and the elderly population. Phase one emphasizes the vulnerable population should still stay at home for all nonessential services. The infection rate for COVID-19 in

in Texas will continue to increase and is expected to exceed 25,000 tests per day. Additionally, a statewide contacttracing program has been announced in order to identify those who have been infected by COVID-19, determine who they contracted the disease from and place everyone who has been in contact with the individual in a 14-day quarantine. The contact-tracing program has three phases. Phase one has already been completed where a team of 1,157 contract tracers has been organized. Phase two consists of adding an additional 1,000 contract workers and launching a COVID-19 contacttracing call center. Phase three will be initiated by May 11 and increase the contact tracing workforce to 4,000 and expand the contact-tracing application to local health entities.

continue safe distancing practices, if we do that then we will be able to expand into phase two opening up our economy even more,” Abbott said. A full and detailed account of the testing, recommended safety measures and a detailed plan of reopening the economy can be found at the Governor’s Report to Open Texas. Users can submit updated information about a test collection site or suggest additional sites by filling out an online form. Individuals concerned about possible exposure to COVID-19 are encouraged to contact their healthcare provider or the Hays County Local Health Department at 512.393.5520. For additional information about COVID-19, visit the Texas Department of State Health Services or the Centers for Disease Control website.

Three former Texas State athletes saw their professional hopes come to reality over the past week with former linebacker Bryan London II signing to the Los Angeles Rams on Tuesday. On Saturday, former offensive lineman Aaron Brewer signed to the Tennessee Titans and former linebacker Frankie Griffin joined the Green Bay Packers as free agents announced by the teams. Each athlete will graduate in 2020 and received All-Conference Honors for their careers as Bobcats. London finished his career by breaking Sun Belt and program records with 459 career tackles. The linebacker served as team captain his senior year and was a four-year career starter who was selected to the All-Sun Belt First Team for two consecutive years. Brewer, who started in all 12 games as right tackle in the 2019 season, allowed only three sacks and was subsequently named the highest-graded offensive lineman in the Sun Belt Conference by Pro Football Focus. Brewer was also given First Team AllSun Belt honors by Pro Football Focus and was named Honorable Mention All-Sun Belt by the conference’s coaches and media for his junior season. Griffin was also awarded Honorable Mention All-Sun Belt honors for his junior season after racking up 71 tackles and 33 unassisted stops as well as two sacks. Griffin finished his career at Texas State with 67 total tackles and ranked third among the Bobcat leaders. 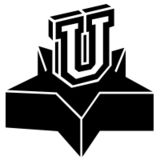