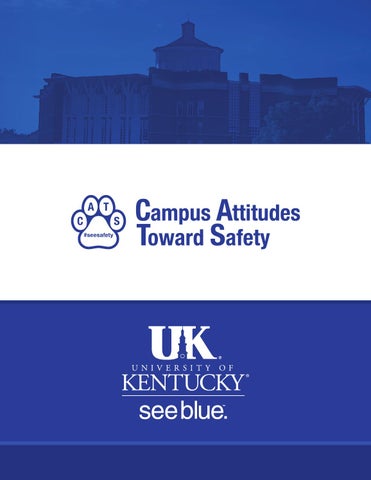 Introduction Campus Attitudes Toward Safety (C.A.T.S.) was developed to provide the University of Kentuckyâ&amp;#x20AC;&amp;#x2122;s (UK) administration with information about the campus climate and studentsâ&amp;#x20AC;&amp;#x2122; adverse experiences, including sexual violence and partner violence. The data from C.A.T.S. will be used for reporting purposes as well as for institutional planning.

Because any student can experience and work to prevent violence, UK directed all students to complete C.A.T.S. The survey was available from March 2nd- May 31st in the 2015 Spring semester. The 24,382 C.A.T.S. participants consisted of 55% female, 44% male, and less than 1% Transgender or NonGender Conforming; 77% undergraduates and 22% graduate/ professional students.

Public relations for implementing C.A.T.S. focused on media promotion of the project along with incentives for early completion of the survey to eliminate any administrative hold on registering for classes or obtaining transcripts. Media promotion included the development of a graphic element, #CATSseesafety, website, articles and advertisements of incentives in the Kentucky Kernel, and 50+ yard signs on campus to announce the availability of C.A.T.S. for completion. Early in the process, emails to faculty, advisors, and students explained the importance and requirement of taking C.A.T.S. The kick-off event consisted of a Q&amp;A article with President Capilouto in the Kentucky Kernel. Public Relations efforts resulted in approximately 81% of the student population completing C.A.T.S. prior to registration.

PERCEPTION OF SAFETY Generally, students felt quite safe at UK. More students reported feeling safe during the day on campus (98%) than at night (77%). Almost all students (94%) believed that UK cares about their safety and 86% of the students were registered to receive crime bulletins. Only 44% of students believed that sexual violence was not a problem at UK.

PERCEPTION OF UK RESPONSE TO REPORTS OF SEXUAL ASSAULTS Most students perceived UK as an institution that would respond in a fair and helpful manner to a report of sexual assault. Specifically, 91% believed the administration would handle the report fairly and 93% believed campus police would be helpful. Half (52%) of the students responded that the accused person or his/her friends would retaliate against the person reporting a sexual assault, however 91% thought UK would take steps to prevent such retaliation against the person making the report.

KNOWLEDGE FOR REPORTING A SEXUAL ASSAULT Although more than half of UK students were accurate regarding knowledge related to reporting sexual assault, this still leaves a significant proportion of students who are not correctly informed. Approximately 60% were aware that accommodations can be made for sexual assault victims, and 64% knew that UK officials must investigate a report of sexual assault. 76% were aware that UK personnel (e.g., faculty, TAs, RAs, coaches) would be required to report to UK officials, and 77% knew which sources on campus were confidential.

STUDENTS OBSERVING RISKY BEHAVIORS Students witnessed events where they suspected a person high on substances was being led away for sex (17%); 12% were aware of a student that was physically hurt by a partner; 8% suspected or witnessed extra alcohol or drugs being slipped into someoneâ&amp;#x20AC;&amp;#x2122;s drink, and 10% heard someone admit to making someone have sex with them. % Observed/Suspected

Only students who indicated having a partner were asked these questions.

Of the UK students in partnered relationships (dating and marital), 7% reported experiencing physical violence in the past year. 3% reported the physical violence in their relationships was commited by a partner who was a UK student or employee. Serious psychological abuse was reported more often, with 17% of students reporting being monitored, intimidated, manipulated through severe threats, controlled in their decision-making, or publicly humiliated by their partners in the past year. 8% of students reported these behaviors were committed by partners who were UK students or employees.

or they were physically forced. This percentage also includes individuals for whom someone attempted to force them to have sex, but they were able to escape. Two-thirds of these students (3% of UK students; n=694) reported the occurrence was either on UK property/trips or committed by a UK student/employee.

REPORTING OF SEXUAL ASSAULT Students whose sexual assault was UK related (n=694) reported the services they contacted following an incident. Students did not show a preference between campus police versus Lexington police for reporting sexual assault. Only 2% of those who experienced sexual assault reported to campus police while 2% reported to Lexington police; 6% reported to the Violent Intervention and Prevention Program or Counseling Center, and 3% reported to UK Health Services. Another 8% reported to other UK affiliated sources (e.g., faculty, staff). A majority of these students (63%) turned to other sources, such as peers or family. For students who did not report their sexual assault to UK sources, the most frequently stated reasons for not seeking help were that they wanted to forget what happened (46%); they felt it was a private matter (42%); they were embarrassed or ashamed (26%); they did not want to go through formal procedures (26%); or they did not want the person who did it to get into trouble (18%). Interestingly, fear of not being believed/being blamed or thinking others would not understand were each reported by approximately 15% of students.

PHILOSOPHY: The University of Kentucky administration directed the Center for Research on Violence Against Women to conduct an annual campus safety/violence survey for 5 years beginning in 20142015. This is part of UKâ&amp;#x20AC;&amp;#x2122;s mission to promote student safety and cultural/institutional change regarding interpersonal violence and abuse on campus. Two rationales guided the development and implementation of this campus safety survey: 1) improve the accuracy of campus data reported for legislation requirements (e.g. Clery Act 1998);

and 2) improve the accuracy of data for numbers of students experiencing violent and harassing behavior in order to better plan for services for victims and interventions for prevention of violence. This internal quality improvement project based on population data is potentially expected to eliminate the sample bias that occurs with convenience sampling or voluntary response sampling. For this project, it was important to collect population data to ensure each student had the opportunity to have a voice for providing feedback to UK administration.

Campus Attitudes Toward Safety (C.A.T.S.) was developed to provide the University of Kentucky’s (UK) administration with information about the campus climate and students’ adverse experiences, including sexual violence and partner violence. 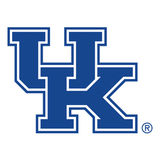