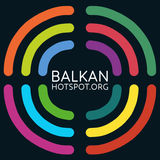 Balkan Hotspot is the ESC (European Solidarity Corps) project of "United Societies of Balkans", a NGO founded in Thessaloniki in 2008 by a team of active young people. The Balkans and Eastern Europe are geographical regions with many cultural features which offer a broad spectrum of actions and youth involvement initiatives. The organization was created as a respond to the pressure of constant changes in the Balkan and Eastern European region and under the need for the creation of a better social environment. Key areas of the organization's activities concern the defense of human rights, the organization of youth exchanges and training courses, which will bring young people from Balkans and Europe together, the organization of local educational seminars and multimedia production.