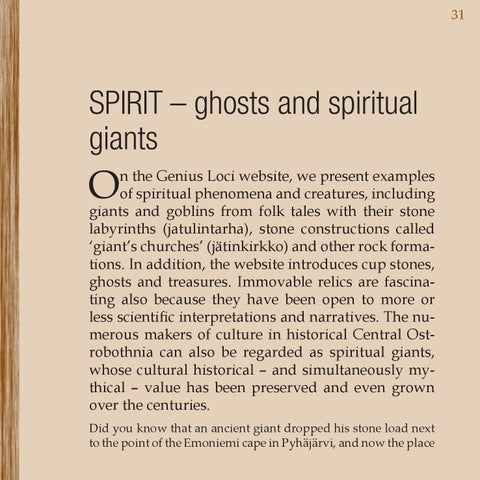 n the Genius Loci website, we present examples of spiritual phenomena and creatures, including giants and goblins from folk tales with their stone labyrinths (jatulintarha), stone constructions called ‘giant’s churches’ (jätinkirkko) and other rock formations. In addition, the website introduces cup stones, ghosts and treasures. Immovable relics are fascinating also because they have been open to more or less scientific interpretations and narratives. The numerous makers of culture in historical Central Ostrobothnia can also be regarded as spiritual giants, whose cultural historical – and simultaneously mythical – value has been preserved and even grown over the centuries. Did you know that an ancient giant dropped his stone load next to the point of the Emoniemi cape in Pyhäjärvi, and now the place 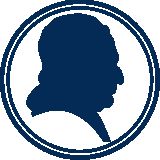