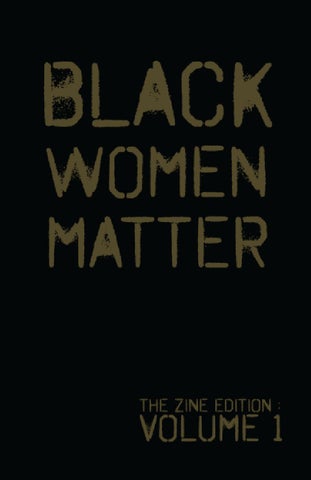 This zine is dedicated to black women. Read the stories of 11 black women who have been killed by law enforcement. Know their names. See their faces. Remember their stories.

Underground Sketchbook was inspired by a subversive Alsatian artist and holocaust survivor, Tomi Ungerer. He has published over 140 books ranging from classic children’s books to controversial adult work, including a book called “Underground Sketchbook,” which was filled with controversial anti-war illustrations. His outspoken nature and erotic art caused his books to be banned from all libraries. In 1971, he left America and went into professional exile for 23 years. It was not until 2008 that his books began to be republished. Underground Sketchbook is a multi-platform for collective ATX based artists to create social justice art. As our world seems to teeter upon destruction and perpetual war, we must come together against those with lust for power and wealth. Art is a strong bond that connects our humanity, across all races, nationalities, genders, cultures and demographics. Let our voices grow together in diversity and unison to break through the barriers of this harsh reality. The depth of your experiences should not be measured by your ability to explain yourself. Mainstream media is obsolete. Let’s render it useless with compassionate and creative messages through our preferred medium.

“I am a Black Feminist. I mean I recognize that my power as well as my primary oppressions come as a result of my blackness as well as my womaness, and therefore my struggles on both of these fronts are inseparable.” – Audre Lorde

Sophia was shot and killed by APD officer, John Coffey, at Rosewood Courts. Her body laid in the street for 3 hours. The coroner was not even called until an hour and a half after Sophia had been declared dead by EMS. Even before the investigation of King’s death was complete, Officer Coffey was invited back to the academy to lecture police cadets on “what it is like” to be in a police shooting. Officer Coffey was promoted to corporal October 2003.

Bastrop County Deputy Daniel Willis arrived at Yvetteâ&amp;#x20AC;&amp;#x2122;s home for a reported domestic disturbance alleging that two males were arguing in the presence of a gun. Yvette opened the door. Willis opened fire and murdered Yvette. Police initially claimed that she had a gun and then retracted the statement.

Shelly Frey was shot dead attempting to drive away from off-duty sheriff deputy Louis Campbell who suspected her of shoplifting. He fired when Shelly and her two alleged accomplices accelerated when he opened the car door.There were two small children in the car at the time of the shooting. Someone called 911 to report Shelly with a gunshot wound in a car in a parking lot of a nearby apartment complex. Shelly was pronounced dead at the scene.

Pearlie Golden’s nephew called 911 about his aunt’s possession of a gun. A few days ago, the Texas Department of Public Safety refused to renew her driver’s license. The nephew was trying to take her keys away. Golden got upset, grabbed her gun and threatened him. When Officer Stephen Stem arrived, he asked Golden to put down the weapon and then ultimately fired his own sidearm, killing Miss Golden. City officials called it a “knee-jerk reaction.” Multiple witnesses say they heard at least five shots. Golden was pronounced dead at St Joseph’s Hospital in Bryan. This is the second time Officer Stephen Stem has killed somebody. Stem was fired. The investigation continues with the likelihood that it will be presented to a grand jury.

Tarika was shot and killed by a police officer during a drug raid and has settled a wrongful death lawsuit against the city for $2.5 million. Wilson was holding her 1-year-old son in her arms when she died. The child was also shot and later had a finger amputated. Police Sgt. Joseph Chavalia, who killed Wilson, was acquitted of criminal charges in her death and has since returned to work, though he is no longer allowed to patrol the streets.

Rekia Boyd was shot in the back of the head by Officer Dante Servin while she was with a group of friends near a park in Chicagoâ&amp;#x20AC;&amp;#x2122;s West Side. Witness Antonio Cross, the man Servin shot in the hand, claimed the off-duty detective was drunk when he fired on the group. Servin faces a trial for involuntary manslaughter sometime in 2015. He could be sentenced to two to five years in prison.

Officer Joseph Weekley, the lead commando—who’d been featured before on “First 48 Hour,” a reality detective TV show on A&amp;E Networks, Detroit SWAT—burst into the Aiyana’s house. His weapon fired a single shot, the bullet striking Aiyana in the head and exiting her neck. Weekley claimed Aiyana Jones’ paternal grandmother Mertilla Jones attempted to grab his gun, causing it to fire. On October 4, 2011, Detroit police officer Joseph Weekley was indicted on an involuntary manslaughter charge. Allison Howard, a videographer and photographer with A&amp;E who was also present at the raid, was indicted on obstruction of justice and perjury for allegedly showing a recording of the raid to a “third party.” Federal prosecutors say that Howard had provided false testimony to investigators about the shooting and that Weekley’s action were reckless and he had lied to the police in an effort to blame Jones’ family for her death. In June 2013, Howard pled “no contest” to an obstruction of justice charge, and the perjury charge against her was dismissed. She was sentenced to two years of probation in July 2013 and was fined $2,000. On October 3, 2013 the judge dismissed the involuntary manslaughter charge against Weekley, leaving him on trial for only one charge: recklessly discharging a firearm. On October 10, 2013 the second trial ended in an another mistrial.

Adaisha Miller was “accidentally,” killed by off-duty deputy police officer the day before her 25th birthday. At a fish fry hosted by Detroit police officer Issac Parrish in his backyard, Adaisha hugged Parrish and the weapon discharged, puncturing her lung and striking her in the heart. David Balash, a former Michigan State Police firearms examiner, said the investigation should look at the gun’s angle given that Adaisha was shot in the chest. “What’s going to be very important here is the angle of the entry of the wound to the victim (and) if there is in fact any gunpowder residue,” Balash said. “I’m having a great deal of difficulty understanding how a weapon that’s pointed at the ground can be turned literally 110 degrees minimum to be in an upward position to strike someone.” Johnson was never suspended or taken off-duty, though he was temporarily assigned to desk duty following Adaisha’s death. Miller’s family tried to reopen the case for an extensive independent investigation. It was denied.

Shereese wasnâ&amp;#x20AC;&amp;#x2122;t taking the medication prescribed for her schizophrenia. Her sister called 311, hoping to get Shereese to a hospital. Four police officers responded to the call, arriving at 10:20 pm. They chased Francis through the house, ultimately cornering her in a basement bedroom, forcing her face-down on the bed and applying pressure while they cuffed her. Within 20 minutes of police arriving, Shereese had stopped breathing. A few hours later she was taken to Jamaica Hospital, where she was pronounced dead.

Shulena was found lying under a police SUV while crossing Market Street near the intersection of South 20th Street. Officer Steven Novacek was driving and hit Shulena who was waiting to board a bus. Witnesses say he looked preoccupied.

Tyisha was shot dead by police officers called by family members who could not wake her as she lay unconscious in a car. The incident sparked demonstrations and protests amid claims of police racism. The officers involved were fired from Riverside Police Department but did not face prosecution due to insufficient evidence.

Underground Sketchbook Zine - Volume 1: This zine is dedicated to black women. Read the stories of 11 black women who have been killed by law enforcement. Know their names. See their faces. Remember their stories. Anti-copyright. 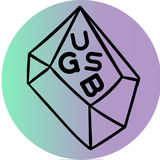