A model for beautiful, smart spaces

The University of Minnesota Morris is a model for transformation: for the place

we call home and for the students we serve. We have stewarded this beautiful, historic campus into the 21st century. We have led greater Minnesotans to explore their role in a changing world. And we have helped tomorrow’s leaders find their passions and voices. Morris has an important history, one that we honor in all that we do. And you’ve joined us to make it all possible. FISCAL YEAR 2018 HIGHLIGHTS • $ 4,160,053 in new gifts and commitments

Longtime friends of the University and one of UMN Morris’s founding families, the Morrisons have been dedicated to the campus and its success since the 1950s, when they led the community effort to establish a University of Minnesota campus on these grounds. They also provided extensive support for a variety of campus causes, including renovation of the Edward J. and Helen Jane Morrison Gallery as well as scholarships for nearly 200 students.

Nod TO THE Past, Look

Helen Jane Morrison provided the inspiration and energy for the concert series that since has grown into the Performing Arts Series. It is fitting, then, that she expand her family’s legacy on campus by creating the state-of-theart Edward J. and Helen Jane Morrison Performing Arts Center, featuring a reimagined and renovated campus landmark: Edson Auditorium. The Morrisons did more than create a new performance venue: they touched every piece of the campus mission. The Morrison Performing Arts Center will not only support student recruitment, but also engage the campus and greater community in liberal arts programming.

grew to more than $15 million

“Edson Auditorium is more than just a performance space,” says Chancellor Michelle Behr. “Edson enables broad participation in meaningful exchanges and provides a venue for high-quality arts events. It is essential to our role as a regional center for education, culture, and research.”

The updated Grand Foyer outside the newly renovated auditorium conveys a sense of warmth, inviting campus and community members to enjoy the space.

The Phi Mu Delta fraternity was known for its commitment to service to UMN Morris. Phi Mu alumnus Jim Odden ’71 is no exception. As an undergrad, he was involved all over campus, from residential life to the history department and more. Today Jim is what he calls a “persistent supporter” of Morris; “I do my part,” he says to give back to the place that “gave me so much.” That’s why Jim made a gift to sponsor seats in the renovated Edson Auditorium and rallied his Phi Mu brothers to do the same. Jim remembers a time when Edson represented all that campus had to offer (literally—it was the library, student center, and performing arts venue). Now, thanks to the generosity of Jim and others, it serves as the beating heart of a bustling student center that strengthens all facets of Morris campus and community life.

In partnership with the University of Minnesota Foundation, all gifts designated to Morris are received by and invested in the Morris campus. The Foundation serves as the legal, charitable entity for the University system. 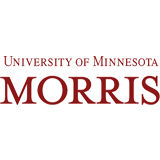