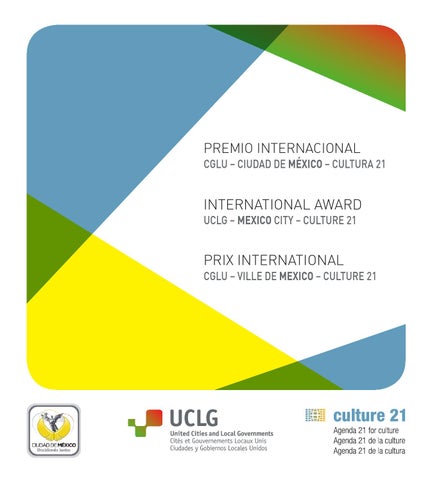 CONTEXT: AGENDA 21 FOR CULTURE Agenda 21 for culture, promoted all over the world by mayors, cities and local governments, is the first and only international document that recognises and encourages culture as a driver and as an enabler of sustainable development. By October 2013 more than 500 cities and organisations were associated to it. United Cities and Local Governments (UCLG), the most important and largest international organisation of mayors and local governments, is the institutional promoter of Agenda 21 for culture through its Committee on Culture. UCLG Committee on Culture is chaired by Lille-MĂŠtropole, co-chaired by Mexico City, Montreal and Buenos Aires, and vice-chaired by Barcelona, Angers and Milan. The international agreements (Agenda Post-2015 of United Nations, Habitat III, Rio+20) are developed in the cities, addressing the great challenges of sustainable development: environmental balance, cultural vitality, social justice, economic progress, and inclusive governance.

GENERAL OBJECTIVE The objective of the “International Award UCLG – MEXICO City – Culture 21” is to recognise leading cities and people that have distinguished themselves through their contribution to culture as a pillar of sustainable development.

SPECIFIC OBJECTIVES Ensure that the visibility of the relationship between city, culture and sustainable development is enhanced at an international level, in keeping with the strategic documents of UCLG. Encourage cities of the world to adopt the principles of Agenda 21 for culture, thereby bringing together and exchanging good practices in projects on cities, culture and sustainable development. Strengthen the presence within UCLG of an innovative topic, giving continuity to the leadership launched by Mexico City in 2010 with the UCLG declaration “Culture: Fourth Pillar of Sustainable Development”.

local government whose cultural policy has significantly contributed to linking the values of culture (heritage, diversity, creativity and transmission of knowledge) with democratic governance, citizen participation and sustainable development. The award is given to the successful candidate in a call open

to UCLG members. The award will recognise an original policy, programme or

project that explicitly includes the principles of Agenda 21 for culture. The awarded action must have been in operation for at least

two years and have documentary proof of the impact and success achieved. The mayor or head of government receiving the award will

INDIVIDUAL AWARD This category will recognise an internationally renowned person

who has made a fundamental contribution to the relationship between culture and development. The individual award will be designated by the jury, without

a competitive process or presentation of candidacies. The winner agrees to personally attend the awards ceremony

in Mexico City and to write and read, where appropriate, a text on culture and sustainable development.

JURY The final selection will be made by a Technical Evaluation Committee, comprising five international experts proposed by Mexico City, UCLG and UNESCO. The members of the jury will be highly eminent figures with a proven track record in the cultural world, thereby guaranteeing the prominence and prestige of the award.

artist from Mexico City, accompanied by a declaration of recognition signed by the Mayor of the Mexico City and the President of UCLG. The programme submitted by the winning city will receive

the amount of 50.000 euros, which will be used to promote it internationally (publication of a book, participation in forums, international visibility) and to reinforce the local implementation of Agenda 21 for culture.

Mexico City, accompanied by a declaration of recognition signed by the Mayor of the Mexico City and the President of UCLG. The winner will receive an amount of 25.000 euros. 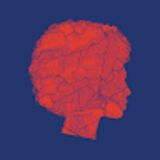