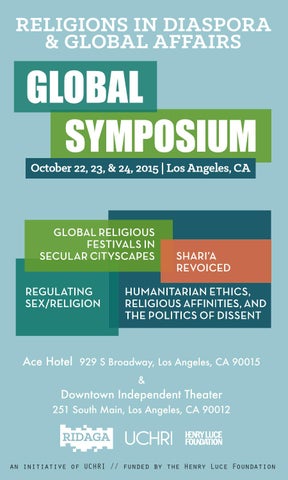 an initiative of UCHRI // funded by the Henry Luce Foundation

A BRIEF HISTORY of RIDAGA What is a Humanities Studio?

Inspired by both the laboratory model in the hard sciences and the studio model in the arts and architecture, UCHRI developed the Humanities Studio: a collaborative experiment designed to encourage creativity, innovation, and collective research across disciplines and among a variety of researchers and practitioners. Two of the four RIDAGA Humanities Studios were formed at the UCHRI Humanities Studio Jam Session in February 2013 at UC Irvine. Part networking event, part proposal development workshop, the Jam brought together scholars, journalists, community-based activists, and digital media scholars from across the state to engage in conversations around diasporic religion and to cultivate collaboration. Each studio began with an overarching theme and a set of central questions or problematics of interest to a community of researchers— a multidisciplinary mix of scholars, artists, and journalists. While each Studio worked independently, the initiative included multiple opportunities for intellectual cross-fertilization and networking among the projects, through two in-person residency intensives. The Humanities Studios produced a wide range of research outcomes, including research workshops for graduate students, websites, public-facing publications, curated art exhibits, documentary films, a UC-wide curriculum tool, and academic publications. Other key features of a Humanities Studio include: • A peer community of researchers • Broad distribution across a range of participants and stakeholders • Opportunities for intensive graduate student mentoring and research engagement • Undergraduate participation, through courses and research training • Openness to experimentation, play, mistakes • Work processes that challenge the notion that we must have answers in advance • Collaborations leading to community and continuity, consistent engagement, creativity • A multi-faceted yet interlocking agenda of research (and teaching) activities • Attention to public-facing outcomes, in which research projects are broadly relevant or translatable for broader audiences, with a potential for community impact or policy making The Humanities Studio experiment continues through the work of the Global Symposium (October 22-24) and at the “Re-Turns of Religion” Workshop in Paris, France (December 11-15). These events will provide opportunities for reflection on the diverse methodologies that the Humanities Studio model allows and point toward future opportunities for collaborative research around religion and international affairs.

The UC Humanities Research Institute, funded by a grant from the Henry R. Luce Foundation, embarked on a three-year research initiative exploring the complex cultural and political relations between diasporic religious communities and their self-identified homelands. The initiative is funded by the Luce Foundation’s Initiative on Religion and International Affairs, a grant program that seeks to deepen understanding of religion as a critical but often neglected dimension of national and international policies and politics. RIDAGA has supported the work of four humanities Studios, each of which supports research-driven collaboration across multiple disciplines, UC campuses, global partners, and media professionals. The four Studios include: • Global Religious Festivals in Secular Cityscapes: Immigration, Politics, and Religious Performance in California • Humanitarian Ethics, Religious Affinities, and the Politics of Dissent • Regulating Sex/Religion • Shari’a Revoiced

Please be sure to be downstairs in front of the Ace Hotel no later than 5:20PM; the shuttle will leave promptly at 5:30PM.

6:00-7:00PM Opening Reception, Downtown Independent 7:00-8:00PM Film Screenings Noche de Altares/Night of Altars Directed by James Ault & Jennifer Hughes Latino activists and organizers have worked for more than a decade to create a powerful public ritual that makes the spirits of the dead truly present in the streets of Santa Ana. â&#x20AC;&#x153;Santanerosâ&#x20AC;? reinvent the traditional Mexican Day of the Dead celebration to link death and mourning with cultural and community survival. They have created an annual tradition that is one of the largest celebrations in the state of California. This film is their story.

In this short documentary, Manzanar becomes a portal into the ongoing fight for natural resources, particularly water rights and land use, in the Owens Valley. Although best known for its wartime history, Manzanar was also where Native Americans were driven out and farmers and ranchers were bought out by the Los Angeles Department of Water and Power. This place, once temporary home to the Japanese Americans, also symbolizes how history is shaped by political and economic power-brokers and has been the site of recurring injustices which continue to play out in an ecological and human fight for land.

Saturday, October 24th 8:00-9:00AM Breakfast (On Your Own) We will provide breakfast vouchers for L.A. Chapter, the Ace Hotel Restaurant. *Please Note: We will not be providing shuttle service today; please feel free to call a cab and save your receipt or walk the mile to the theatre.*

2:00-4:30PM Film Screening Descending with Angels Directed by Christian Suhr A film about jinn possession, Islamic healing, and psychiatry in Denmark presented by the Regulating Sex/Religion Studio. Descending with Angels explores the journey of a Palestinian refugee living in Aarhus, Denmark, who is, depending on one’s interpretation, either (or both) mentally disturbed and in need of psychiatric treatment or possessed by jinn (invisible spirits). The man has been committed to psychiatric treatment in a Danish clinic after a severe case of jinn possession causes him to destroy a mosque interior, crash several cars, and insult a number of people. He sees no point in psychotropic medication since his illness has already been treated with Quranic incantations. The film compares two systems of treatment that seem quintessentially different, even as both share a view of healing as operating through submission – by faith – to an external non-human agent, namely God or biomedicine. Christian Suhr is a filmmaker and assistant professor in the Department of Culture and Society, Aarhus University. Descending with Angels is his first feature length film. The film is based on 18 months of fieldwork with patients and healers in the city of Aarhus, Denmark. It was produced as part of a PhD project including a 250 page text on experiences of illness and healing among Danish Muslims. The film will be followed by a panel discussion featuring: Christian Suhr, Filmmaker & Anthropologist, Aarhus University; Stefania Pandolfo, Anthropologist, UC Berkeley; Abou Farman, Filmmaker & Anthropologist, The New School for Social Research; Dr. Jim Ghaznavi, Psychiatrist, Los Angeles; Mayathi Fernando, UC Santa Cruz, Moderator

Saturday, 10/24 @ 12pm-12am LA Day of the Dead On Saturday evening, join the Global Religious Festivals Studio for a site visit to the LA Day of the Dead. The largest festival in Los Angeles, and in the country, the LA Day of the Dead takes place at the Hollywood Forever Cemetery. Please purchase your ticket in advance; tickets are $20 each and may be purchased online at: http://www.ladayofthedead.com/event-info/ Stay tuned for an announcement regarding transportation to the event.

Join the Global Religious Festivals Studio for the Se単or de los Milagros procession (Peruvian). The procession begins with a celebratory mass at Our Lady of Angeles Catholic Cathedral in downtown Los Angeles. Traffic stops as the dramatic procession of several thousand makes its way from the cathedral to La Placita Church in the historic Mexican district. The procession will begin its journey to the Cathedral around 3:30PM.

Save the Date: December 2015 Bringing together 30+ US and European scholars, artists, and activists, UCHRI, in collaboration with the Chair of Global South(s) at the Collège d’études mondiales, will convene a multi-day institute in Paris entitled “The Re-Turns of Religion.” Event details, including a list of participants and session topics, can be found at http://ridaga.uchri.org. For more information or questions, please contact Kelly Anne Brown at kbrown@hri.uci.edu. 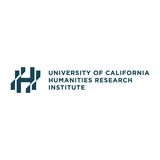