“You are the mother, my dear Mrs. Barry, of one of the bravest and best boys I have ever known, his death was one of the most holy, and your dear boy is waiting for you now, beyond the reach of sorrow or trial.”

Kevin Barry was born on 20 January 1902 at Fleet Street, Dublin, the fourth of seven children and son of Thomas, a dairyman, and Mary Dowling, both originally from Carlow. Kevin was educated at several schools in Dublin and Carlow, including Belvedere College after which he entered UCD in 1919 to study medicine.

While still at Belvedere, he had joined the Irish Volunteers, established in 1913, initially to ensure the implementation of home rule, but which evolved into the IRA after the commencement of the War of Independence that began in 1919. Kevin was a member of the first battalion of the Dublin Brigade and took part in two successful raids for arms in Dublin and Wicklow in June and July 1920. The third raid he was involved in occurred on 20 September 1920; it was an attack on British troops at Church Street in Dublin city, aimed at seizing arms. During this unsuccessful raid, firing broke out and three British soldiers of roughly the same age as Barry were killed or fatally wounded and Barry became the first Volunteer to be captured in an armed attack since 1916.

Interrogated and mistreated while in custody, he subsequently refused to recognise the court martial that tried him. He was condemned to death on 20 October for murdering the three soldiers and was hanged in Mountjoy Prison, Dublin, on 1 November 1920. He was the first person to be tried and executed for a capital offence under the Restoration of Order in Ireland Act, passed 12 weeks before his death, and the first to be executed since May 1916, in the aftermath of the Easter Rising. Barry’s execution occurred towards the end of a violent and emotive year in Ireland, as the IRA and British army intensified their war against each other. The military conflict between British armed forces and the IRA consisted

of sporadic guerrilla fighting and was paralleled by the efforts of the selfproclaimed government of the Irish republic – the first Dáil (Irish parliament) assembled in January 1919 – to achieve an independent Irish Republic. By the end of 1919, there were over 40,000 British Army troops in Ireland. The British Chief Secretary, Hamar Greenwood, insisted that Britain had Ireland under control. The British Prime Minister David Lloyd George disingenuously referred to the IRA as “a small murder gang”, and in November 1920 announced “we have murder by the throat”, but the truth was that law and order had long ceased in Ireland and the conduct of the war from the British side was increasingly inept.

Dublin Castle, the headquarters of British rule in Ireland, could not put together an effective, unified security command. In March 1920, the Royal Irish Constabulary was reinforced by the recruitment of British ex-soldiers and sailors (some were Irish-born), known as the Black and Tans due to their distinctive uniforms. By November 1921 there were almost 10,000 of them in Ireland as well as a new auxiliary division of the RIC, created in July 1920. Although it is difficult to be precise about the numerical strength of the IRA, it is unlikely that more than 3,000 members were active as combatants. By the end of 1920, the republican movement also faced difficulties in relation to effective, centralised co-ordination of its campaign and shortage of arms.

Left: An exercise copy book used by Barry covering a range of subjects, including English and History essays. Some of the essays include reference to republican ideals. Includes the statement ‘Up the Republic’ written several times on a Latin exercise and cartoon drawings of Barry’s sisters ‘Kathy when she’s 50’ and ‘Sheila when she’s 48’. Below: Copy of the Belvederian annual with references to and photographs of Barry, then a senior student at the college. He is pictured here with the hurling team. © Keogh Brothers Limited

“His courage all the time was superhuman and rested I am sure on his simple goodness and innocence of conscience.” Extract from a letter to Kevin Barry’s mother from Canon John Waters of Holy Cross College, Clonliffe, Dublin, written on November 1st 1920.

UCD Library wishes to thank the following people – Professor Diarmaid Ferriter for providing the text and academic direction for the accompanying exhibition, UCD Archives and UCD Communications for their support with the project.

©All rights reserved. Material published here may not be reproduced in whole or in part for any purpose without the advance written permission of UCD.

On November 5th 2015 the Digital Kevin Barry Collection was launched at UCD. The collection includes materials from two Barry archives held by UCD Archives, and this booklet includes a short biography of Kevin Barry by Prof. Diarmaid Ferriter, illustrated with items from the digital collection. 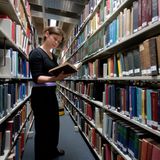