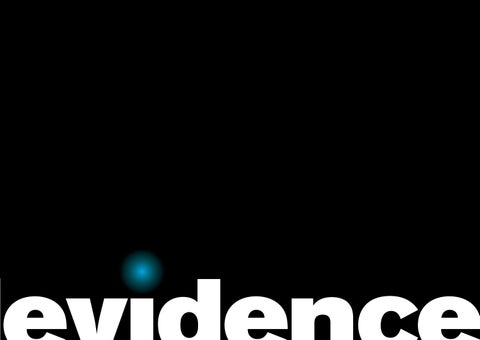 â?&#x203A;Who is speaking and who is listening? Whose body is in view and whose is not? What is being represented, how, and with what effects? Who or what is in control?â?&#x153; Elin Diamond Unmaking Mimesis (1997: pii.)

Jane Collins, Professor of Theatre and Performance, Wimbledon College of Arts, University of the Arts, London, is a writer, director and performance maker who works all over the UK and internationally. She writes and lectures about performance and scenography regularly contributing scholarly articles to journals. Her recent publications include, co-editor of Theatre and Performance Design: a Reader in Scenography (Routledge March 2010), a chapter in Performing SiteSpecific Theatre: Politics, Place, Practice (Palgrave Macmillan 2012). Editor, Aesthetics of Absence, the collected writings of Heiner Goebbels (Routledge March 2015). She is currently coeditor with Arnold Aronson of Columbia University of the Routledge journal Theatre and Performance Design.

Viv Gardner is Professor Emerita in Drama at the University of Manchester. She was co-founder and first Chair of TaPRA (Theatre and Performance Research Association). Best known for her work on the New Woman and the early twentieth century stage, more recent publications have focussed on the gendering of audiences, historiographic issues about 'reading' the actor's body, and performers and the law. She remains an active researcher and writer engaged with gender, society and performance at the turn of the twentieth century.

Peter Farley is a Designer for Theatre, Performance and Space, an Exhibition Curator, Researcher and Academic. He is a Senior Lecturer in Theatre Design at Wimbledon College of Arts, University of the Arts London. Peterâ&#x20AC;&#x2122;s research concerns the documentation, exhibition, archiving and dissemination of current and historic scenographic process. He contributes to books, journals and catalogues and recently curated Transformation & Revelation, the UK National Exhibition of Theatre Design at the Prague Quadrennial, the V&A and UK tour; Evolving Performance Design, at the National Centre for Performing Arts, Beijing. Peter is a Director of the Society of British Theatre Designers and Cocurator of Acts Re-Acts Performance Lab at Wimbledon College of Arts.

Josh Gardner is a messy sort of story teller based in South East London. He makes performances that combine storytelling and audience interaction, mixing live sound, music and image. He has made three solo shows, two of which have been received to critical acclaim at the Edinburgh Fringe festival. Having completed a Masterâ&#x20AC;&#x2122;s degree in theatre and performance at Queen Mary University of London he now performs and teaches across the country.

Lynne Finn is Professorial Platforms event manager and secretary to the UAL Professoriate. Lynne enjoys the varied events and activities that she manages at UAL, especially as her administrative training actually took place in the Shipbuilding Industry in Cumbria. Prior to UAL Lynne worked at the Royal College of Art and the Royal College of Music.

Seb Blaber has been working professionally in theatre for 6 years. He moved to London to further his career and study lighting design at Wimbledon College of Arts. His design credits include Oliver, The Mobile Phone Show, The Orchestra, The Wiz, Little Shop of Horrors, Copacabana, LSE Dance Show, Sister Act, The Cherry Orchard, Our House, Sunset Boulevard, The Producers, Legally Blonde, Grease, Les Miserables, Jungle Book, Grimm Tales, The Ritual Slaughter of George of Mastromas, Pentecost and Amazon Annual Awards 2015. He has also worked on over a dozen Pantomimes and more than 50 other productions. Seb runs his own company producing Immersive theatre/attractions. www.unlockedvision.com

Special thanks to: Nick Gardner for his advice, endless patience and encouragement; Syd Shelton for transforming the disorderly scraps of my archive into this lovely programme; Peter Farley for our long friendship and working partnership; Viv Gardner, fellow traveller and friend; Lynne Finn, Simon Betts and Esther Armstrong for their organisational support; Matt Andrews, Michael Pavelka and Ludo Versace for the use of their photographs and finally, to all the students past and present at Wimbledon and across the university for making me think harder and keeping me on my toes. I dedicate this professorial platform to my mother who died on November 10th 2016.

University of the Arts London is Europeâ&#x20AC;&#x2122;s largest specialist art and design university and a vibrant world centre for innovation drawing together six distinctive and distinguished Colleges with international reputations in art, design, fashion, communications and performing arts: Camberwell College of Arts, Central Saint Martins, Chelsea College of Arts, London College of Communication, London College of Fashion, and Wimbledon College of Arts. Proudly associated with some of the most original thinkers and practitioners in the arts, the University continues to innovate, challenge convention, and nurture exceptional talents. One of our goals is to sustain and develop a world-class research culture that supports and informs the universityâ&#x20AC;&#x2122;s academic profile. As a leader in the arts and design sector, we aim to clearly articulate the practice-based nature of much of our research, and in doing so to demonstrate the importance of the creative arts to scholarly research. The Professorial Platforms series is an opportunity for University colleagues and associates, as well as invited members of the public to learn more about the research undertaken in the University. The Platforms enable Professors to highlight their field of interest and the University, in turn, to recognise and commemorate their successes to date. 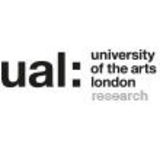 Anecdotal Evidence: Tales from the stage edge | A journey from acting to performance towards scenography | publication accompanies the Profe...

Anecdotal Evidence: Tales from the stage edge | A journey from acting to performance towards scenography | publication accompanies the Profe...