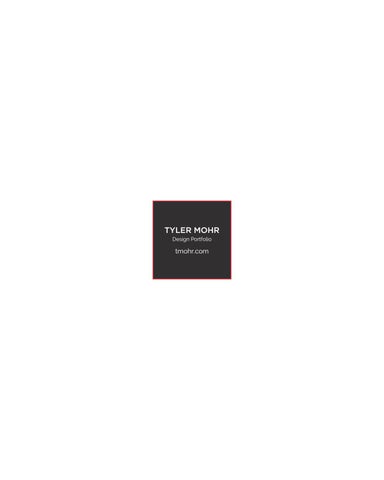 PLACE DES INTERACTIFS Harvard GSD Option Studio: Montreal is Back • 2015 Renée Daoust + Aisling O’Carroll On April 27, 1967 Place des Nations hosted over 8,000 people for the opening ceremony of Expo 67 which many refer to today as the most successful world exposition in history. Place des Nations was the physical manifestation of the expo’s overarching themes of global unity and forward thinking progress and Place des Nations acted as the ceremonial epicenter of the event. Today, Place des Nations exists as a mere shadow of it’s former iconicity, recognizable only by the nostalgia invoked to those who experienced Expo 67 firsthand. Establishing Place des Interactifs as an urban beacon for the city of Montreal, invoking sensory appeal, and equipping the site with a set of infrastructures suited to promote a variety of programs will establish Place des Interactifs, once again, as the symbolic and beating heart of Montreal. By integrating activity and interactivity in all of the embedded design elements, Place des Nations can once again recapture its own unique identity while maintaining it’s cultural and historical significance as a relic of Expo 67.

Elevation through dock and Swan Lake

Elevation highlighting bi-layered dock at the point of the St. Lawrence River

Aroma Dock The Aroma Dock highlights the sense of smell. The planters that border the dock act as the dock edge and can be planted seasonally with a variety of aromatic plants. Tulips, shown in the rendering, were a common flower found at Expo 67 and were often use to deliniate access edges and used in planting beds. The form of the planters is reminicent of the geometric industrial design found at Expo 67. The Aroma Dock overhangs Swan Lake and has elongated views to the islandâ&#x20AC;&#x2122;s amphitheatre and the Montreal Biosphere - commonly refferred to as Buckminster Fullerâ&#x20AC;&#x2122;s Geodesic Dome.

Visual Dock The Visual dock focuses on the perception of sight. The dock extends over the St. Lawrence River and offers an unbeatable view of downtown Montreal. The â&#x20AC;&#x153;shadow shellâ&#x20AC;? is designed using geometries that are reminiscent of the Expo 67 logo that symbolized the theme of the expo - man and his world. Depending on the sun angle and time of day, the Expo 67 logo can be directly observed both through the shell itself or as shade cast on the dock. The elongation of openenings provides for an enhanced frame of the city while toying with the depth perception, making the dock appear shorter than it actually is while walking through.

Sound Dock The sound dock is located at the southern-most tip of Isle Saint Helen. The multilevel dock allows for visitors to view the river and the city from the upper or lower levels. As a result of its location at the tip of the island, the Sound Dock is ideal for users to engage with the water. This becomes increasingly interesting in the winter when sheets of ice are observed flowing down the river. The sound of the river is enhanced from the lower dock when soundwaves reflect off of the upper level of the dock towards the users on the lower level.

BSB ROOF GARDEN CSU Landscape Irrigation and Water Conservation â&#x20AC;˘ 2014 Jane Choi The Behavioral Sciences Building is one of the newest buildings on the Colorado State University Campus. The LEED gold structure incorporates a multitude of sustainable characteristics both within and around the structure. The current rooftop patio on the Behavioral Sciences Building is a typical patio consisting of tiled ground with tables and chairs. This underutilized space has high potential due to its location as it overlooks the central axis of the university from three stories above grade. By converting this convential seating area into a rooftop garden, the benefits are numerous. The conversion of the surface from complete hardscape to approximately 70% green, the roof garden will act as a thermal layer for the building. The use of hollow, leightweight planting beds give the aesthetic of topography on the roof without the weight of a full planting bed. The predominant use of sedum allows for the patio to have the aesthetic of a garden without the water demands of one. The geometry and organization of the ground helps to facilitate elongated views both through and down the main campus axis while still allowing enough room for tables and chairs to be used in the warmer months.

Martha Schwartz + Markus Jatsch Traffic and congestion in Moscow is more than just a transportation issue. The city of Moscow relies on its central node, the Kremlin, as its center for government, tourism and work. 66% of people work in the Kremlin. This massive amount of vehicular influx on workdays results a commuting time of over three hours for 44% of the population. This quantity only stands to increase as the population of Moscow continues to grow, making transportation a key issue in the future of Moscow. OMA’s proposal for the future development of Moscow highlights four airports as nodes for growth in an effort to decentralize the city. One of the nodes identified by OMA is designated as a citywide center for Research and Education. In order to achieve sustainable growth, development that rivals the Kremlin’s appeal as governmental, occupational, and tourism destination is needed outside of the central node; a new icon for the city of Moscow. The Mountain is located within a site that is in the process of development as an education corridor with backing from tech companies and universities - very similar to one of the four developmental nodes highlighted by the OMA proposal. The Mountain will act as an economic driver for the research and education campus as well as a new cultural icon for the city of Moscow outside of the Kremlin.

b. Mountain Dwellings and Reveal Section showing structures on and at the base of the mountain and light penetration within the mountain

c. Resort Base Section showing resort base at the east edge of mountain with chairlifts for apex access

reSTITCH AND INVIGORATE CSU Comprehensive Landscape Design • 2014 Jane Choi What was once the center-piece of the city of Tampa, the Hillsborough River currently functions as a mere stepping stone for work-goers when entering the business district of the city. By exploring the call to return the Hillsborough River to it’s once vibrant state, we can begin to rethink not only how a city works with a river, but also uses it to create a thriving urban environment. The reStitch and Invigorate proposal spotlights the Hillsborough River as the key revival agent to the city of Tampa by implementing an ecological infrastructure that promotes remediation, interaction, and occupation within the heart of the city. As with many city rivers, The Hillsborough is the victim of a dense hardscape of parking lots, buildings, and roads. The surface runoff and stormwater deposition has polluted the river and dramatically reduced the both the vegetal and aquatic biodiversity to a point where the river is no longer a vibrant aspect of the city. The strategy for the Hillsborough River takes the form of a dynamic remediation scheme by integrating a system of wetlands and basins with designated open spaces and transition zones that create a multitude of areas for occupation. This method is of master planning focuses on the well being of city through the lens sanitation and health. The literal “stitching” of pedestrian bridges across the river, a rejuvenation and expansion of the city street car and the implementation of car-less access routes weave the business district with the adjacent side of the river and showcase the Hillsborough River district as an ecological artery for the city.

Site Model Context model of Tampa and the Hillsborough River

a. Mixed Use Development Section from mixed-use development, through wetlands and urban forest, to river

Ecological Gradient Gradient from urban conditions, to urban forest, to wetland, to river

Ecology Native flora and fauna species along the ecological gradient

FIN Harvard GSD Responsive Hydrologies â&#x20AC;˘ 2015 Bradley Cantrell Collaboration with Andrew Boyd Over the course of hundreds of years, a chain of barrier islands formed around the Mississippi River Delta. These islands have unique benefits not only to the people in Louisiana, but also to the organisms living in the waters between the barrier islands and the shoreline of Louisiana. In addition to their ecological importance, barrier islands play a critical role in protecting the coast from hurricane events and storm surges. Over the past several years in attribution to sea level rise and hurricane events, the barrier islands that skirt the coast of Louisiana are starting disappear. While dredging canals and using the spoil to rebuild the barrier islands is common, the need for a more responsive process is needed if we hope to continue to benefit from these unique landforms. Using barrier islands as a launching point, FIN aims to explore the possibility of manipulating land formation through the choreography of prototyped FIN devices. To thoroughly explore this phenomenon, a systematic documentation of water and sediment flow against an array of rotating fins is recorded and a notation system to understand the stochastic distribution of flow and deposition is developed. While the investigation was limited and scaleless, the simplicity allowed a formal understanding of these relational patterns.

Software Use of Grasshopper and Firefly to control FIN rotation, speed and timing

GRAPHIC DESIGN Colab Marketing, Freelance â&#x20AC;˘ 2013-Present Art and design have always been of great interest to me. The first taste of graphic design I had was when I was sixteen and started designing album covers for bands in high school. What began as a process that leaned heavily on hand drawing, eventually evolved into a workflow that involved both hand and computer drawings. Several years later, as a Junior at Colorado State University, I was hired to work at Colorado Stateâ&#x20AC;&#x2122;s Marketing office: Colab Marketing. While my colleagues in the office were trained as graphic designers, I used my prior self-attained knowledge of graphic design and skillset as a landscape architecture student to feed my creativity and representational abilities. This unique combination of representational training facilitated my success as a graphic designer which eventually led to me working on several large branding projects and advertising campaigns. One notable project was designing the logo for the Lory Student Center, the CSU campus center which had been recently renovated by Perkins + Will. After graduating from Colorado State University, I have continued to work as a graphic designer - predominantly working freelance with a multitude of clients. Some notable projects include graphic identity and branding for a Harvard alumni group entitled re-Imagine North of Main and illustrations of the Cruft Centennial Lab for the Harvard John A. Paulson School of Engineering and Applied Sciences. 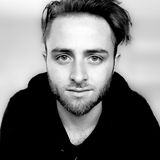