Past-Present a mythology of time A4 Book 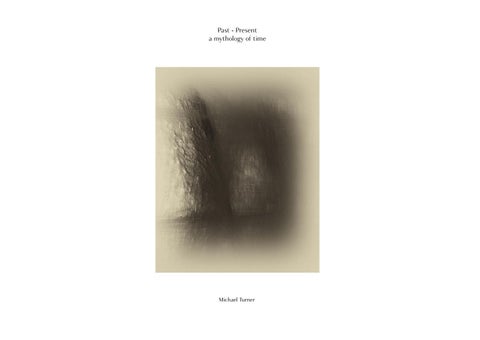 Past - Present a mythology of time

Past - Present a mythology of time

This publication is a part submission for the Falmouth University Master of Arts degree in Photography and accompanies the exhibition by the same name. Within the exhibition space visuals extend to themes of Ghosts, Cellular division and includes techniques of Generative Art and work based on Recombinant rhymes and DNA art which are beyond the scope of this single volume. The exhibition is held pending release from the COVID-19 lockdown. Supervisor: Wendy McMurdo Author: Michael Turner

The author retains all rights in this work May 2020

Past-Present 1930-1960 Family Archive Scanned photographic prints overlayed of family in their environment. Trace of folk has all but disappeared leaving behind surface marks of scratches and folds. ii

Healing trace and family archive Shown is where family lived and worked and played, along the Solway coast. None survive here now. Only memories remain. Family archive photographs are overlaid with close descendants healing trace. iii

In the last millennium, in the southern coastal lands where Christianity had come to shore to the ancient Scots, lay the Isle of Whithorn. This was the place on my journey where a first coincidence occurred. The chance discovery of family members names inscribed in Memoria on granite stone. Brothers Adam and Richard, my great grand-uncles had been repeatedly wounded in battles during 1914-18 and bravely fought on to the end. They eventually perished in France in that Great War.

They’d never been mentioned by loved ones. But when I returned from the Scottish capital, Edinburgh in 1974, the beginnings of their story unfolded.

Father: “Did you go to the National War Memorial when you were in Edinburgh?” Michael: “Yes, I did, and I saw the Book.” (The memorial where the Book of Remembrance is displayed, is a place of great national outpouring of the Scottish people as a generation of young men were lost) Father: “Did you see their names?” Michael: “Yes I saw their names. I looked through the book, and there they were on the page.” Father: “My mother took me there, when I was a child. (opp.) She showed me the book. We looked inside and there were their names, Adam and Richard, Royal Highland Black Watch Regiment.” Father: “I went back with your mother and the book was still there.” Michael: “Yes. The book is still there.”

Places Lands wandered as a boy, forebears wandered too. Just memories now of faded dreams Impressions left upon a screen. Those left grew cold unseen. No laughter or calls upon the breeze. “Hollows of the forgotten” that’s what we see. In Present reach towards the Past. In friendly touch we feel the warmth In healing wound a healing form. (mitochondrial DNA passed down: our energy, our warmth, as picture of the healing glow)

Healing where the hidden hides, Ghost landscapes formed, In eye and mind. Yet look aghast, At place revealed. Connected now at last. Of the eerie and weird, Phantasmagoria it is clear. We believe in the fairy tale here. When they believe but we may not, Then the fairy tale has to be true? Do we know better than they? Perhaps we do. As vision appears and is fixed. Present is linked from the Past. I wander once more in the lands where we lived, Together we wander at last.

Interview Q/ What would you say there is of the author in this work? A/ There is something from a technical background from an early design career. And the art practice is probably on a rebound from that. I can understand why technical people relate to photography as giving them a freedom to express. Q/ Would you say this brought something to the work? A/ Certainly – yes. An openness to new ideas. A willingness to experiment with digital techniques. While not all of the outcomes made it into the final project, the exploration kept motivation going. Important too was an openness to collaborate on the linked historical part that goes back several decades or more. Genetics is introduced and is cutting edge science. Maintaining the principle of cross disciplinary endeavour, it was possible then to make new work as art based on science. An intuition about mother line was all I had at the start. Mother line quickly gained the central role, making the connection with ancestors and combined with place, brought the past into the present. A negative effect started to develop by constantly returning to sad events over these past two years. I’d seen other families recount the loss of those dear to them too. There was an intensity as deep sadness turned to shock. I started to doubt I’d go on. One day a method of coping became clear. Through Family Constellations, feelings were fully resolved. “We had our choices and lived our lives and met our fates.” I’m able to respect and love them still yet break free and live my own life. I’d been asked about this before. There was a willingness to create theories in my work. I tested these out at a thinking in art and science symposium at the National Portrait Gallery last year. Discussion with experts in biology and genetic science established that the work was on the right path. Then came further advice. Experts I met and was introduced to at a Symposium on imaging science helped the work to move on. A specialist in skin photography from the cosmetics field and a forensic scientist and medical art photographer tested my assumptions about IR detection and glow. The work then adapted to healing form. Now the pictures I make are surreal.

Q/ Artistic license runs throughout your work? A/ Yes, from molecular science, diagrams from the cellular level are coloured in a “lifelike” way. These structures have no colour. It is something to do with the molecular spacing compared to the wavelength of visible light. Colour was first used in science purely for illustration. In my project, I had originally wanted to use colour, and in a bright and saturated way. But my pictures needed to have an aesthetic consistent with a historical theme. It was then decided to go with the look of my family’s archive photographs. These are antique, dating back almost 90 years to the 1930s. Q/ So what is the idea of the book? A/ I’d started out intent on illustrating a historical text. There were visits to migratory homes on farms. Relevant places were photographed. A world largely unchanged. But then the project went out on its own and soon stood apart from the original intent. It was no longer a commemorative work. What the book does provide is an experience in which healing today is linked to healing in the past. The book closes a time period of just over one hundred years. It serves to bring human bonds back to life for self and near family. A more generic idea is one of working with cutting edge science as a way of creating new and original work. The book is an attempt at making something that tries to be unique. Having said that with a multi-perspective portrait I once made, it should not have been a surprise to find a similar work. The implementations were different in the end. But never be too precious in such an event is the lesson I learnt. This book in the end is about human connection. A kind of psychology exists. In the warmth of a friendly touch, a connection is made. Landscape as place where experience transcends. Land and sea, flowers and fauna remain. The mother line gene has stability over one thousand years. Combined with place this gives strength to this bridge. So, the book and the exhibition, are all about an experience, a human experience, about a timeless bond reaching as far back as living touch will extend. I needed to capture this before it was too late. All that would otherwise remain are certificates and dry records and the like. The living connection with the past would have been lost.

Past-Present a mythology of time A4 Book