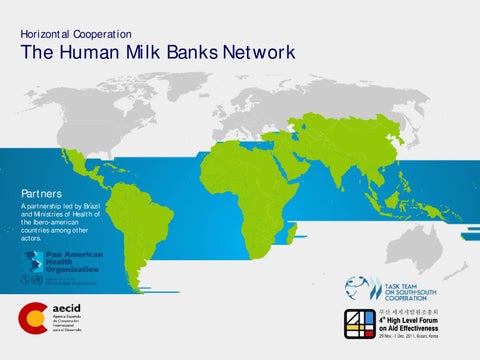 Partners A partnership led by Brazil and Ministries of Health of the Ibero-american countries among other actors.

The experience of Brazil and its HMBs network (the biggest in the world) gained international recognition and served as a model for many countries. This network serves as a knowledge sharing platform which at the same time contributes to capacity development in the field of the promotion and the protection of breastfeeding and maternal health. This is a key issue for Latin American countries, linked to MDGs 4 (reduction of neonatal and infant mortality).

It is expected that all Iberoamerican countries count on at least one HMB so that:

Brazil has innovated in developing low cost technology to make use of the different characteristics and qualities found in breast milk to treat premature infants. Brazil gained experience in terms of establishment of HMBs networks.

Breastfeeding practices are promoted, protected and supported. Breastfeeding contributes to the reduction of infant and neonatal mortality. Health authorities and staff are empowered to foster breastfeeding.

As of July 2011 most of Ibero-american countries count on at least one HMB. The Ibero American HMBs Network proved to be a useful tool for knowledge sharing. Technical and political missions were carried out in almost all countries. Brazilian experts shared their knowledge and expertise with other national counterparts.

Countries participating in the HMBs Network were able to install a HMB.

Brazil is already sharing this model with other regions (Haiti, African countries). Evidence shows that promoting breastfeeding is one of the best â&amp;#x20AC;&amp;#x153;betsâ&amp;#x20AC;? in public health. The HMBs Network and the Brazilian model are a key component in this big puzzle.

Hundreds of technical and political missions were carried out and led by Brazilian experts to empower national authorities and different partners. Partnerships were fostered, since the promotion of breastfeeding requires social mobilization strategies (civil society, health promoters, private sector, etc). The consolidation of the Brazilian HMBs National Network, and then Ibero american one were of key importance in the promotion of concrete activities and actions. Much of the donated milk is used to feed premature and low birth-weight babies. 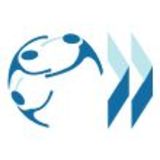