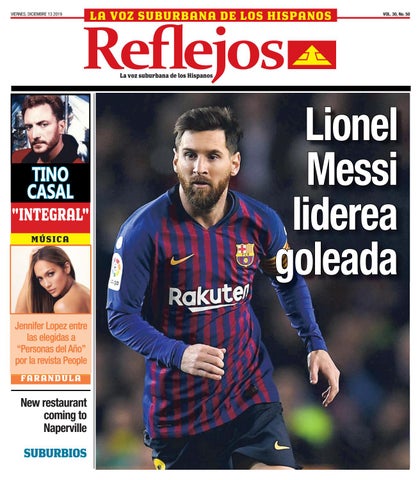 HILLCREST NURSING CENTER “SHARE THE SPIRIT” Decorate a stocking for a Resident Pick-up a stocking for a $5.00 donation, add your own decorations and return your creation no later than December 16th, 2019.

You may also donate items to be used as stocking stuffers. Decorated stockings will be passed out randomly and are unavailable for return. Items that are great for stockings are, but not limited to: Gift cards, gift cards for facility beautician, cash, magazine or newspaper subscriptions, stamps, electric razors, small electronics, lip balm, deodorant, hand and body lotion, body spray for women and men, small 5” x 7” size large print word-find books, sugar free or regular candy and cookies, snack packs, woman’s hair ties, brushes and combs, eye glass cases, slipper socks or white socks, tissue, 2020 calendars, men’s ball caps. Other items of interest are costume jewelry, gloves and/or winter hats. Have the time to spend with us? Do you know of a group that would like to come in and sing carols, crafting, group events, etc? Please give us a call! We love to have special guests.

An American casual restaurant that’s becoming a popular presence in Vernon Hills is set to open in February in Naperville.Lazy Dog Restaurant & Barplans to make Naperville its 37th hometown when it opens in a new building under construction in the Heritage Square shopping center at 436 S. State Route 59. The restaurant will bring its made-fromscratch menu, seasonally changing dishes and dog-friendly outdoor patio, along with its popular beer club and dog club, as it aims to create a hospitable place for people to relax, Founder and CEO Chris Simms said. “When you come into our restaurant, it’s this opportunity to reconnect with friends and family,” Simms said. “That human connection is so important today, as technology has really taken over a lot of our lives. People are craving that human connection that they get at Lazy Dog.” In Vernon Hills, Simms said, suburbanites also are craving the slightly unusual meals on the menu at the California-based chain. When the Naperville site opens, it will be time for the winter menu featuring dishes such as wild boar chili, indigo cornbread fries and lamb potpie. “The scratch cooking allows us to really create layers of ﬂavor and texture in our food,” Simms said. “There’s so many different ﬂavors on the menu that they haven’t really seen other places. The combination of that memorable scratch cooking with the innovative side of the menu has really resonated well.”

The new restaurant along the busy Route 59 corridor will seat about 350 people and will be staffed by about 200 employees, which Lazy Dog is hiring now. “We’re looking for people that naturally have that hospitality gene,” Simms said. Diners who try out the new Lazy Dog can join its beer club or its “Pepper’s Pack” dog club. The beer club gives members a quarterly sample pack of eight canned craft beers to take home and try, Simms said. “These memberships really create an opportunity for us to connect in a deeper way with our guests,” he said. “When you meet somebody that really likes something that you really like, and all of the sudden you have this connection. That’s really what’s happening with us when we have these memberships.” Pepper’s Packgives discounted dog meals for $2, instead of $4.95, every time members come into the restaurant with their pooch, as well as a quarterly Bark Box gift set of dog PHOTOS COURTESY OF LAZY DOG RESTAURANT & BAR toys and snacks themed around a national park. Dog meals at Lazy Dog come with a LAZY DOG Restaurant & Bar is set to open in February in Naperville with a menu of bowl of water and include brown rice, grilled seasonally inspired American dishes, such as shrimp and grits. hamburger meat with brown rice or grilled chicken with brown rice. Dogs, other than service animals, only are allowed on the outdoor patio. Human entrees start at $9 and range to about $30, Simms said. “It’s really important for us to make sure that people at all different income levels and all different dining occasions can ﬁnd a place or ﬁnd a price point that they’re comfortable with,” he said.

COWGIRL CHEESE dip is on the menu at Lazy Dog Restaurant & Bar, which is expected to open in February in Naperville

Q: Describe your company. A: Family owned and operated for over 20 years with three locations. We specialize in individual and business tax returns and other services such as small business accounting, ITINS, payroll, insurance, notary, translation and immigration services. Our goal is to provide unsurpassed customer service and to support our community with these services and more. Q: Do you plan to hire any additional staff or make any signiﬁcant capital investments in your company in the next year? A: We are in the negotiation process of purchasing the shopping center where our headquarters is currently located. Our plans are to expand, redesign and renovate our ofﬁce space to accommodate our 20-year growth and to provide a better environment for our clientele and our employees. Q: What will your company’s main challenges be in the next year? A: Stafﬁng and training as the unemployment rate is very low. We also see an increase oversight in identity theft and the retention of refunds until further veriﬁcation takes place. Q: What’s the hottest trend in your industry? A: The recent Federal tax law changes due to last year tax reform. Illinois Tax hikes which came into effect this July 1. Q: If you had one tip to give to a rookie CEO, what would it be? A: It won’t be easy, but it will be worth it. Q: Do you have a business mantra? A: Put yourself in your client’s shoes and do for them what you would like to have done for you. Q: From a business outlook, who do you look up to? A: So many! Steve Jobs, Walt Disney, Oprah Winfrey, Bill Gates, Mark Zuckerberg, etc. Q: What is one interesting fact about you or your company that most people may not know? A: On our ﬁrst year in business, we pro-

vided free tax return service to all our family members. A client of Ramos Tax fell in love one of the founders of the company and they ended up getting married in 2001. Q: What do you like to do in your free time? A: Spend time with the family, travel, read and meditate. Q: What book is on your nightstand? A: “Why Positive Thinkers Get Powerful Results” by Norman Vincent Peale Q: What keeps you up at night? A: A good movie or TV series Q: If you were not doing this job, what do you think you would be doing? A: I love my job. The only reason I would not be doing it is if I was very wealthy and didn’t need to work. In that case, I would be traveling the world and learning new things. Q: What was your ﬁrst paying job? A: Working at KFC as a cashier. Q: If you could put your company name on a sports venue, which one would you choose? A: Sears Center for the Windy City Bulls to support our local community. Q: What is one funny thing that has happened to you in your career? A: A client came to our ofﬁce very scared because he received an IRS scam call threatening to have him arrested if he did not pay a certain amount of money. We reassured him that it was not a real IRS phone call. He then laughed and let us know that the only reason he took it seriously is because he happened to see a police car in front of his home during his phone call. It was only a coincidence! Q: Two people to follow on Twitter and why. (Besides your company). A: 1. I would follow National Association of Tax Professionals (NATP) because they provide learning opportunities and keep us informed of trends within our industry. 2. I also follow “The Economist” to stay current with the world of politics entertainment and technology.

At JJC, you’ll receive everything you need for a brighter future, including: • Affordable tuition and scholarships • A supportive community of students from all backgrounds and ages • Assistance for undocumented students and English language learners QUESTIONS? Call (815) 729-9020 or visit jjc.edu/future.

awesome so far and I’ve met so many great people.” As a group of more than 25 members from all backgrounds, LU strives to make a difference both at JJC and in the community by volunteering, spreading awareness about Latino culture and providing leadership opportunities for its members. “I’m proud of my culture and I wanted to be a leader because I wanted to be more involved,” Lozano added. “I’ve only been at JJC a short time, but I’m loving it already. If you really want to have a good experience at JJC, get involved.” In addition to LU, JJC offers other resources for Latino students through its Ofﬁce of Multicultural Student Affairs (OMSA), including peer mentoring, scholarship help, academic coaching and advising for English as a Second Language students. Assistance for undocumented students is also available through OMSA. Do you have questions about JJC or would you like to speak with someone in Spanish? Call (815) 280-6888 or visit jjc.edu/futuro. To apply to JJC, visit jjc.edu/apply.

OY! ¡INSCRÍBEaTdiEciemHbre We help you understand the events that shape our lives.

Daily Herald and Reflejos are subsidiaries of Paddock Publications.

A Member Of The Resnick Auto Group

• 2 pieces of Chicken - 4 to 6 oz. piece • A side of Mostaccioli - Meat sauce or Marinara • A side of Garden Salad • A Garlic Butter Roll

• 1 piece of Chicken - 4 to 6 oz. piece • Italian Beef OR Sausage & Peppers for 3” Sandwich with French Bread • A side of Mostaccioli Meat sauce or Marinara • A side of Garden Salad • A Garlic Butter Roll

LOOKING TO HIRE??!! TAKE ADVANTAGE OF THE DAILY HERALD CLASSIFIEDS

We Camera inspect your plumbing, sewer & basement drain tile systems before digging, then by hydrojetting we are able to blast through blockages saving you $$thousands!

With this coupon. Not valid with other offers or prior purchases.

We are looking for Delivery Drivers (1st and 2nd shift)

We Will Meet or Beat Any Comparable Written Estimate

Celebrate the New Year with a New Career! We are offering a $2,500 hiring bonus!

FROM TRAFFIC TO TERIFFIC, Take the Pace Express bus in the new I-90 Flex Lane

When you’ve got a lane of your own, there’s less stop and more go.The Pace I-90 Express bus travels in a dedicated, trafﬁc-free lane connecting communities along the I-90 corridor. With free Wi-Fi, on-board USB charging ports, and free parking at Pace park-n-ride locations along the way. For complete schedule and location information, call 847-364-PACE or visit PaceBus.com. 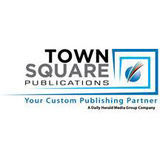