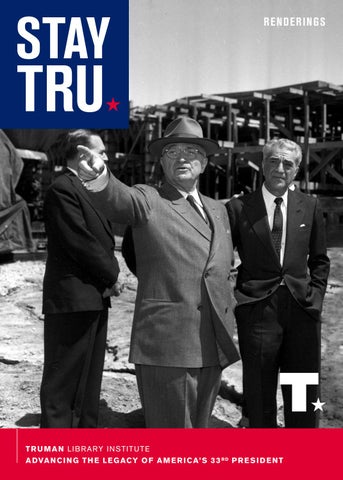 “You can understand more about our nation by spending a day in Independence and at the Truman Library than anywhere else in the country.” — DAVID MCCULLOUGH For the last two decades, the Harry S. Truman Presidential Library and Museum’s permanent exhibits, Harry S. Truman: The Presidential Years and Harry S. Truman: His Life and Times, have increased visitor understanding of the office of the president and Truman’s life and legacy. However, permanent exhibits are only intended to last ten years due to extensive wear and tear, improvements in technology, and the increasing potential for outdated content. Additionally, since their installation, research has greatly increased understanding of how visitors learn from and interact with museum exhibitions. To bring the museum into the 21st century, the Library has contracted with architectural firm The Clark Enersen Partners and museum planning and design firm Gallagher &amp; Associates. The following renderings for the museum renovation and new Truman permanent exhibition feature upgraded visitor amenities, improved storytelling, enhanced interactive and technology-based experiences, and a comprehensive educational strategy.

First Floor Plan The permanent exhibition galleries, which are currently divided between two floors, will be expanded and relocated to the first floor for visitors to discover the entire span of Truman’s life and career in one updated and enhanced experience. The new layout is designed with the museum and program attendee in mind: improved accessibility and wayfinding, an expanded museum store, and a more cohesive flow between exhibits, amenities, program spaces, and the museum courtyard.

Lower Floor Plan The Library’s lower level will be renovated to include two temporary exhibit galleries. One will be fully equipped with audiovisual and technology capabilities to serve as classroom, programming, and event space between exhibits. The galleries can also be combined for larger traveling exhibits, which is part of the Library’s long-term visitation strategy. An open storage area will display the collection’s automobiles, Truman’s farm buggy, and a rotating presentation of newly acquired or rarely seen objects.

Entrance The museum entrance will be moved from the south to the east side of the building immediately adjacent to the parking lot. A 3,500-square-foot addition with a floor-to-ceiling glass facade and a frosted presidential seal will present a dramatic entrance. Once inside, another glass wall will provide unobstructed views of the museum courtyard and path to President Truman’s gravesite and his working office, two currently overlooked highlights of a museum visit.

Lobby Inside, the museum lobby will feature updated visitor amenities: a onestop admission and information desk with check-in areas for public and educational programs, including the White House Decision Center, a larger museum store, and expanded restrooms. Display monitors will provide information on upcoming events and programs. Additionally, the new lobby will be an ideal venue for public receptions and private events after hours.

Exhibit Introduction Visitors will begin their museum experience in an immersive orientation theater where they will be transported to April 12, 1945. Video projections set the stage, filling the circular gallery with World War II battle scenes, newspaper headlines, and images of American war production. Amidst this turmoil, the news arrives that President Franklin Delano Roosevelt has died. The relatively unknown Harry S. Truman is now in charge and the nation wonders, “Who is this man and is he up to the task?”

Plow to Politics Emerging from the dark introduction theater, visitors find themselves in Lamar, Missouri, in 1884 at the birth of the future president. The gallery summarizes Truman’s childhood, World War I service, family life, occupational setbacks, and rise from Eastern Jackson County Judge to Senator to Vice President. Visitors can traverse Truman’s pre-presidential life and identify the pivotal moments that prepared him for our nation’s highest office through audio, video, and hands-on interactives including a World War I sound and light theater and footage of President Roosevelt’s funeral procession.

First Four Months A dark hallway with the final four months of the Second World War illuminated overhead highlights the immediate challenges facing the new president: ending the wars in Europe and the Pacific and learning of the atomic bomb. Cascading video screens portray the dramatic events. At the end of the hallway, the safety plug from the atomic bomb dropped on Nagasaki, Japan, is the centerpiece of a reflective space. Visitors will find firsthand accounts, see one of Sadako Sasaki’s one thousand paper cranes, and leave behind their thoughts after hearing from historians and policy makers.

Postwar World The war may be over, but Truman’s work is just beginning. Visitors can start to understand the enormity of the tasks at hand through a series of video images projected onto the surface of a fourteen-foot-diameter globe. Inside the globe, visitors will encounter the personal challenges facing individuals around the world. Interactives, artifacts, and documents detail Truman’s foreign policy solutions. A small adjacent theater filled with three-dimensional rubble dramatizes how Truman’s efforts saved Western Europe from starvation and the spread of communism while also setting the stage for the Cold War.

Recognizing Israel In 1948, Truman recognized the newly formed state of Israel eleven minutes after its founding. The president made the controversial decision after hearing arguments both for and against recognition, and the outcome divided his inner circle of advisors. Visitors can follow the events that led up to the decision, see a video presentation highlighting the contentious debates, and view the gifts of gratitude that Truman received for his support of Israel, including a Torah scroll from Israel’s first president, Chaim Weizmann.

What’s Fair? The Fair Deal, Truman’s signature domestic policy program, spanned from national health insurance to federal aid for education. Visitors will explore his legislative policies and objectives along with his Executive Orders on civil rights, learn how his efforts fared, and leave their own opinions at a feedback station. Then, visitors can travel along the Whistle Stop campaign with a video piece, make a campaign button, and examine electoral college results from 1948 to the present in a touchscreen interactive.

Second Term While full of promise, Truman’s second term was quickly met with both domestic and international complications. The Red Scare reenergized the Loyalty Review Board. Visitors will assume the role of interrogator or Federal employee to uncover government disloyalty. Then, the outbreak of conflict in Korea found the nation at war again. Visitors can follow the personal accounts of soldiers, sailors, and nurses with recently acquired artifacts, and view the letter from the father of a fallen Korean War solider and his son’s Purple Heart that never left Truman’s personal office.

Truman’s Independence When the Trumans left the White House in 1953 to return to life as “Mr. and Mrs. Citizen,” their hometown of Independence, Missouri, welcomed them with open arms. Visitors can get a glimpse into the impact Independence had on the Trumans and the impact the Trumans had on Independence through videos, slideshows, and interactive maps. In the center of the room, visitors can unearth the history behind Thomas Hart Benton’s mural, Independence and the Opening of the West, the artist’s processes, and Truman’s contributions to the work.

Civic Literacy Gallery With “The Buck Stops Here” sign as the centerpiece, the gallery will invite visitors to reengage with the presidency and America’s system of government before entering a recreation of Truman’s White House Oval Office. Interactives highlight the six jobs of the president, how to pass a bill, and the three branches of government with examples from Truman’s time in office. The Oval Office will have an expanded viewing area where, at the push of a button, the voice of President Truman describes the contents.

Legacy Gallery As president, Truman left a lasting legacy that is examined in the new permanent exhibition’s final gallery. On one side of the gallery, visitors can explore quotes from presidents and dignitaries on Truman’s impact. A frequently updated section will also highlight who is quoting Truman today. On the opposite side, visitors can trace the link between current events and Truman’s presidential actions as well as ask Library staff to trace the connection between other modern issues and Truman’s presidency.

Courtyard As visitors exit the permanent exhibition, they will walk through a contemplative space overlooking the museum courtyard, which contains the eternal flame and the gravesites of Mr. and Mrs. Truman. As visitors take in the view, they will hear the voice of Walter Cronkite commentating on the legacy of Harry Truman at the conclusion of his reporting on Truman’s funeral service in the courtyard on December 28, 1972, “because he was a man uniquely of his time, we will never see his likes again.”

“Do your duty and history will do you justice.” — HARRY TRUMAN There is no better place in the United States to tell the story of America’s 33rd president than the Truman Library. We are undertaking a major renovation to not only bring the museum up to contemporary visitor experience standards, but to also expand the interpretation of some of Truman’s most important decisions. When we reopen, the galleries will include interpretive exhibits with interactive media and film paired with educational and programmatic experiences at the Library, throughout the Kansas City area, and in Washington, D.C. and other national and international locations. Harry Truman needs to be recognized. He needs to be recognized for doing the right things for the right reasons. It is our responsibility, and indeed our privilege, to see that he is. We hope that you will join us and Stay TRU to Truman. « 20

“The buck stops here,” reads the sign that once adorned the desk of President Truman. Now, make your own plans to stop at the Harry S. Truman Presidential Library and Museum when it reopens in 2021. Fresh off a $26 million renovation and expansion, the stunning new experience brings visitors into the center of America’s story – from the heart-stopping drama of two world wars to the edge-of-your-seat tension of espionage and the “Red Scare.” Through it all, new generations will be inspired by the life and character of one of America’s greatest commanders-in-chief. 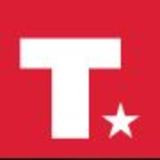