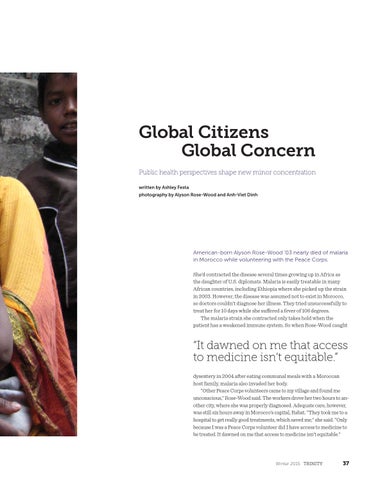 American-born Alyson Rose-Wood ’03 nearly died of malaria in Morocco while volunteering with the Peace Corps. She’d contracted the disease several times growing up in Africa as the daughter of U.S. diplomats. Malaria is easily treatable in many African countries, including Ethiopia where she picked up the strain in 2003. However, the disease was assumed not to exist in Morocco, so doctors couldn’t diagnose her illness. They tried unsuccessfully to treat her for 10 days while she suffered a fever of 106 degrees. The malaria strain she contracted only takes hold when the patient has a weakened immune system. So when Rose-Wood caught 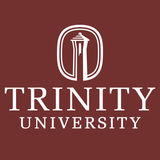