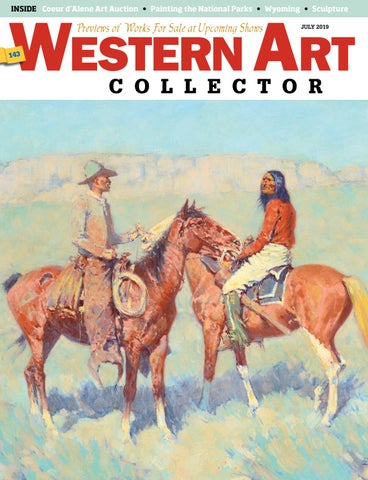 hen asked to create paintings for a show titled Native Stories, works flowed effortlessly from the brushes of Utah-based artists Bruce Cheever and Jeremy Winborg. “I have always been intrigued by the cultures and traditions of Native American people, and have enjoyed learning about their history. Ever since I was a small child, we would visit historic sites and hike to view petroglyphs. I remember hiking along a stream near my home that was used by the Goshute, and seeing pottery and arrowheads lying on the ground. One of my first drawings as a child was of an Indian hunter chasing a buffalo, drawn on a slab of sandstone,” says Cheever. “From Lakota Sioux, to Shoshone hunters, my paintings are a reflection of proud societies of independence. What has intrigued me most is the artistry of these peoples, and the efforts that went into making their existence more beautiful. Creating my paintings for this show has made me appreciate even more the hours they must have spent adorning their dwellings, clothing and tools. It has also given me a small glimpse of their competency and skill.” Cheever’s works include the piece Shattered Light, which shows horses grazing within a cluster of aspen trees, and Waning Light, which depicts a grouping of teepees in front of majestic snow-capped peaks. “Creating my painting Waning Light was an interesting experience. The idea and challenge was to capture a cold winter evening in a Blackfeet Indian encampment, while at the same time, giving the feeling of warmth. It was an exercise in just about everything I know about balancing warms and cools on a palette,” Cheever says. “One of the things I value most about Native American cultures and history is the reverence they have for their surroundings. I wanted this painting to be about fleeting

light, and the too few minutes of the most beautiful light that nature can offer. It’s what I like to call ‘dramatic silence.’” Winborg will be showing his strong figures, all of them women. “A big part of my work is the realism contrasting with the loose, abstract backgrounds. I generally try to keep the figure, especially the face and surrounding clothing and beadwork, in focus and to abstract the rest. Not only does it draw the viewer to the focal point of the painting but also holds their interest as they view the bold brushwork and palette knife work in the background,” he says. “With my work, I try to honor the women of the tribe. They were not just mothers of the tribe’s children, they were growing the crops, gathering supplies, hunting, cooking, sewing and a lot of the other work of the tribe. The women’s role was essential to the life and strength of the tribe. My work shows their strengths and tells their stories.” In Winborg’s Dry Bones Along the Mesa, his figure holds a bison skull against a blue sky. “Dry Bones Along the Mesa is an idea that I wanted to paint for quite some time and once it was done I almost hung it in my house to keep for myself I like it so much,” he say. “The Native Americans revered the buffalo. Not only were they important to them physically but they held a spiritual significance. I found it fitting that a skull that was found in the dirt among the sagebrush sits high on her shoulder to show its importance. From an artistic standpoint, I love the juxtaposition of the bleached bones against her skin tones.” The works will be on display at Trailside Galleries in Jackson Hole, Wyoming, from July 15 through 27, with an open house on July 18, from 6 to 8 p.m. 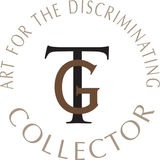